Prices of light, sweet crude on the New York Mercantile Exchange are currently trading at half their peak hit in July last year. This has led some producers to postpone oil sands projects as they are capital-intensive and need crude futures above a certain threshold to be viable. US oil demand is also in the doldrums due to the global economic downturn, making it harder for producers to justify investments in new crude oil production. However, PetroChina has gone ahead with its investment in Canadian oil sands. 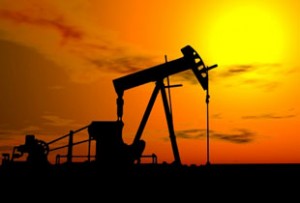 As oil emerges from recent lows, its price is set to surge

PetroChina Company‘s $1.7 billion oil sands deal in Canada will sharpen its edge as a producer of heavy oil, and again underscores how access to credit is enabling Chinese companies to acquire overseas reserves.

PetroChina was chosen by closely held Athabasca Oil Sands Corp as its joint venture partner after the Canadian firm realized it would be difficult to finance its MacKay River and Dover oil sands projects in Alberta province via equity markets.

It also impressed AOSC with its expertise in producing heavy oil — generally defined as having an American Petroleum Institute gravity of less than 22 degrees — in northeastern China.

Prices of light, sweet crude on the New York Mercantile Exchange are currently trading at half their peak hit in July last year. This has led some producers, including Royal Dutch Shell PLC, to postpone oil sands projects as they are capital-intensive and need crude futures above a certain threshold to be viable. US oil demand is also in the doldrums due to the global economic downturn, making it harder for producers to justify investments in new crude oil production.

On Monday, AOSC said a regulatory application for the first phase of the MacKay River project, representing an output of 35,000 barrels per day, is planned at the end of 2009. “We believe PetroChina’s domestic heavy oil extraction experience in (the) Liaohe field could help in monetizing these trapped resources in these Alberta sands,” said Gordon Kwan, head of energy research at Mirae Asset Securities.

Heavy oil is attractive to Chinese companies because it has lower commercial value than lighter grades. This means it can be purchased and run through refineries more cheaply when oil prices are high.

PetroChina may be betting on two long-dormant pipeline projects between Alberta and the Pacific Coast moving ahead so that equity oil can be shipped to its Chinese refineries.

Any of these projects could increase the share of oil sands production destined for Asia to about 15 per cent by the middle of the next decade, compared with 1 per cent today.

US crude oil futures straddled narrowly near even early on Monday as traders weighed forecasts for a drawdown in crude stocks and a raft of economic data that could guide market sentiment for the day.

Early support for crude came from China, where the official purchasing managers index for August reached a 16-month high,according to surveys released on Tuesday. Crude futures dropped sharply on Monday as a dive in Chinese equities spurred worries over oil demand and economic growth.

“Despite the sell-off, WTI’s trading range remains intact, and downside support will not be taken out until we break below the $68.25 mark basis October and $66 basis October Brent,” said Ed Meir, analyst at MF Global in New York. “Similarly, products have some ways to go before they too take out their short-term upchannels,” Meir added.

On Tuesday, crude oil traded little changed near $70 a barrel on concern a slowdown in lending growth may derail a recovery in China, the world’s second-largest energy user.

Oil fell 3.8 per cent on Monday, the biggest decline in two weeks, as Chinese equities led a global slump following a report that the nation’s banks cut lending. China accounts for about a 10th of global crude oil use, according to BP Plc data.

“Worries about China translated into weakness in commodity prices, including the oil price,” said David Moore, a commodity strategist at Commonwealth Bank of Australia Ltd in Sydney.

Crude oil for October delivery was at $70.08 a barrel, up 12 cents, in after-hours electronic trading on the New York Mercantile Exchange. Yesterday, the contract declined $2.78 to $69.96, the biggest drop since August 14. Prices have increased 57 per cent this year.

“Market supply is quite adequate to meet demand at the moment and that is one of the reasons why on a three-to-six month view we’ll see the oil price retrace somewhat,” Moore said. “By the end of the year we might be looking at an oil price in the low $60s.”

An energy department report on September 2 will probably show that US crude-oil stockpiles declined last week, a Bloomberg News survey showed. Supplies likely dropped 500,000 barrels from 343.8 million the prior week, according to the median of eight analyst responses in the survey.

Gasoline stockpiles probably fell 1.05 million barrels. Supplies of distillate fuel, including heating oil and diesel, probably increased 675,000 barrels, according to the survey. Inventories are near their highest since 1983.

Brent crude oil for October settlement was at $69.82 a barrel, up 17 cents, on the London-based ICE Futures Europe exchange. The contract declined $3.14, or 4.3 per cent.

All of what we are seeing today can be blamed on the Chinese stock-market selloff,” said Tom Bentz, a senior energy analyst at BNP Paribas Commodity Futures Inc in New York. “The Chinese markets have helped support commodities. Price rises have been based on expectations of increased economic growth and demand in China.”

Net income dropped to $1.61 billion from $4.31 billion in the year-earlier period, the Moscow-based company said. Profit declined after Urals export prices in northwestern Europe fell 51 per cent to average $58.12 a barrel, according to state-run Rosneft, chaired by Deputy Prime Minister Igor Sechin.

A foreign exchange loss of $391 million as the ruble weakened against the dollar also depressed earnings.

“The only material difference from our expectations was a foreign exchange loss,” Irina Elinevskaya an oil analyst at Renaissance Capital, said. “It’s a one-off expense and we don’t believe it had any influence on the underlying fundamentals of the company.”

MegaWest Energy, the Canadian company that began producing oil in western Missouri last year is planning to restart its Missouri oil wells. Falling oil prices forced the company to suspend production jst a few months after it started, and the wells have been idle throughout 2009. Today, however, it looks like Missouri’s oil belt will be back in business.

MegaWest got a $2.2 million investment from two institutional investors in exchange for a 10 per cent stake in the Missouri wells. It says the money will enable it to restart operations.

Higher oil prices help, too – crude has risen to $70 a barrel from about $40 when the wells were shut down. The wildcatter’s shares are rising on the news, but they’re still down 72 per cent from a year ago.