Its a top oil firm after the $23-billion deal and is soon expected to be a must-have stock. Suncor Energy Inc, newly bulked up from its C$22.5 billion (US$ 20.8 billion) acquisition of Petro-Canada, would likely be the No. 2 issue on the Toronto Stock Exchange’s (TSX) benchmark index GSPTSE, with a market cap close to C$55 billion. Suncor is set to be Canada’s biggest energy company and largest industrial concern. The beefed-up firm is likely to see early demand for its shares from index funds. It is also set to attract big investors that need substantial holdings in large, liquid stock issues. 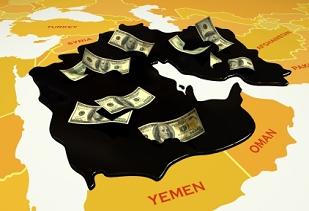 Its a top oil firm after the $23-billion deal and is soon expected to be a must-have stock. Suncor Energy Inc
(SU.TO), newly bulked up from its C$22.5 billion (US$ 20.8 billion) acquisition of Petro-Canada (PCA.TO), would likely be the No. 2 issue on the Toronto Stock Exchange‘s (TSX) benchmark index GSPTSE, with a market cap close to C$55 billion.

The scrip of the merged entity is expected to start probably from August 7, on the TSX. What is being considered by most analyst as a must-have stock, “with the potential for solid gains” kicked off its new innings on the New York Stock Exchange on August 3.

Suncor is set to be Canada’s biggest energy company and largest industrial concern. With its greater weighting on the TSX, the beefed-up firm is likely to see early demand for its shares from index funds. It is also set to attract big investors that need substantial holdings in large, liquid stock issues, traders said Monday.

“By default it is going to be a go-to name for many Canadian investors,” said Garey Aitken, chief investment officer at Bissett Investment Management, “It’s going to have a large presence in the index and a huge market capitalization.”

“Owning long-life oil assets is going be an attraction,” added William Lacey, an analyst with FirstEnergy Capital. “The fundamentals for oil look reasonable. If you tell people that oil could be $100 (a barrel) within two years, I don’t think many of them would argue with you.”

Suncor’s acquisition of what was once Canada’s state-owned oil company brings it new offshore oil production from the country’s East Coast and from the North Sea. It also adds North American natural gas properties, two additional refineries and the No. 2 retail gasoline brand. Suncor also gains new oil sands properties to supplement its existing operations in northern Alberta, making it the dominant producer in a region where reserves are second only to Saudi Arabia.

“Suncor has a strong portfolio of growth opportunities and going forward we’ll see it become a much more focused entity,” said Chris Feltin, an analyst with Tristone Capital. “There will be much more emphasis from management on developing projects with the highest returns.”

The company intends to produce more bitumen than it is capable of upgrading, turning instead to U.S. refiners to do work it has traditionally done itself, chief executive officer Rick George said. “We continue to see very good pull from customers in the U.S. refineries for heavy oil from Canada,” George said. “So I expect that to be a fairly good strategy over the next four or five years.”

With construction of its oil sands upgrader still stalled, Suncor Energy plans to sell unprocessed bitumen to refiners south of the border, where strong demand for Canadian heavy oil has sent prices soaring in recent months. The timing of Suncor’s planned expansion of its 200,000-barrel-a-day Voyageur upgrader, which was scheduled to be built by 2012 before being halted in January, is still uncertain. But work has already begun in preparation for resumption of another halted Suncor project, its 68,000-barrel-a-day Firebag 3 oil sands plant, which was half-built when workers were called away in January amid a dramatic move to slash capital spending.

Suncor has authorized contractors to finish building a camp and administration building, ahead of an expected green light for the project that is likely to come later this year.

Announcing its results on July 30, Petro-Canada said second-quarter profit fell 95 per cent as petroleum prices tumbled amid the global recession. Net income dropped to C$77 million (US$ 71 million), or 16 cents a share, from C$1.5 billion, or C$3.10, a year earlier. Petro-Canada had a C$239 million loss in its North American gas business and a C$188 million loss from oil sands.

The merged company is to focus on the Alberta’s oil sands, which hold the second-largest oil reserves in the world, after Saudi Arabia. But there has been speculation Suncor may axe Petro-Canada‘s 12 per cent stake in cross-town rival Syncrude Canada Ltd to raise cash, and even the undeveloped $10-billion Fort Hills oil sands mining project because it will have its hands full expanding its existing oil sands operations.

Oil prices jumped above $70 a barrel Monday in Asia on investor expectations a recovering global economy would boost crude demand. Benchmark crude for September delivery was up 73 cents to $70.18 a barrel by midday Singapore time in electronic trading on the New York Mercantile Exchange. On Friday, the contract rose $2.51 to settle at $69.45. On Thursday, oil fell from a seven-week high after crude stockpiles in the U.S., the largest energy-using nation, increased as refiners reduced processing.

Oil prices seesawed last week before surging Thursday and Friday as investors bet that crude demand, which has been tepid this summer, will eventually pick up as the economy improves. “Optimism for economic recovery is fighting the weak fundamentals, and right now the optimism is holding the upper hand,” said Victor Shum, an energy analyst with Purvin & Gertz in Singapore.

The double whammy of of anemic petroleum prices and lacklustre world economic activity weighed down heavily on Imperial Oil, Exxon Mobil and Shell, who all saw their earnings plunge.

Earnings news was grim at Imperial Oil Ltd, (IMO) Canada’s largest oil producer, which said its second-quarter profit fell 82 per cent to $193 million or 25 cents a share. Imperial owns 25 per cent of Syncrude Canada Ltd, (COS:UN:TO) the world’s largest oilsands producer. Others active in that sector, EnCana and Shell, have recently scaled back oilsands projects because of the high extraction costs.

Down in Texas, its parent company Exxon Mobil Corp (XOM) was reporting its lowest profit in nearly six years, a 66 per cent plunge from the second quarter a year ago. For the world’s biggest publicly traded oil company, it marked the third straight quarter for lower year-over-year earnings. Excluding one-time items, Exxon’s net income was US$ 4.09 billion, or 84 cents a share.

All the oil companies were at pains to remind shareholders that U.S. oil futures averaged less than $60 a barrel during the quarter, down by more than half from a year earlier, while natural gas traded 67 per cent lower.

Major integrated oil companies ConocoPhillips and BP have already reported profit declines of 76 per cent and 53 per cent respectively for the second quarter.

Iraqi Prime Minister Nuri al-Maliki paid a visit on Sunday to the northern Kurdish region to hold talks with Kurdish leaders over disputes of oil and land. Maliki arrived in the city of Sulaimaniyah, some 330 km north of Baghdad, and was received by Iraqi President Jalal Talabani, a Kurd, and senior Kurdish leaders.

Maliki’s talks with Kurdish leaders came amid U.S. pressure on the central government and the Kurdish authorities to compromise the deep differences between Arabs and Kurds before the U.S. troops complete withdrawal from Iraq in 2011.