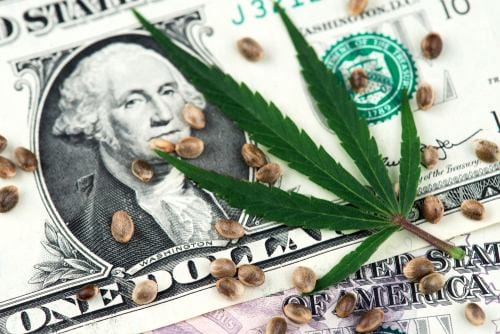 While the majority of new jurisdictions in the space are coming out of the wave of US states passing medical cannabis legislation, October 2019 was a huge month for legal cannabis on the continent.

Following in Canada’s footsteps, the US cannabis industry has an opportunity to learn from the successes and pitfalls of the Canadian legalization experience.

While the majority of new jurisdictions in the space are coming out of the wave of US states passing medical cannabis legislation, October 2019 was a huge month for legal cannabis on the continent. On October 17, Canada legalized the sale of cannabis-infused edibles and beverages, which allows for legal sales to begin in December. Despite Canada’s established cannabis industry, the black market remains a significant challenge for legal cannabis companies working to establish profitable operations. As cannabis legalization continues to change the North American marketplace, the Canadian cannabis experience has become a leading case study for countries considering their own legal cannabis markets.

In the US, conservative forces opposed to cannabis legalization are being challenged with arguments in favor of the potential tax benefits from a regulated marketplace. Full cannabis legalization in the US could result in US$131.8 billion in federal tax revenue by 2025, according to a 2018 New Frontier Data report, as well as 1.1 million new jobs. A report by Marijuana Business Daily pegs the potential legal US cannabis market at US$30.4 billion by the year 2023. Additionally, the 10th Amendment’s focus on states’ rights and the avalanche of states legalizing cannabis has the country on a path toward federally legal cannabis.

While there is plenty that Canada has gotten right by federally legalizing cannabis, after a full year a few cracks are beginning to show. At the federal level, heavy taxation and restrictions regarding cannabis branding have been seen as overly restrictive and damaging to the development of the legal industry, while differences in policy at the provincial level have led to varying issues with retail distribution schemes. These flaws could prove educational for US lawmakers intent on making federal cannabis legislation work for all stakeholders, from cannabis consumers to taxpayers to cannabis producers. Once the US makes the decision to legalize nationally, it has the ability to leverage its market size and the lessons learned from its northern neighbor.

“There’s much to emulate about the Canadian government’s approach to legalization, and a few things to avoid, but having marijuana legalized on such a large scale so close to home will no doubt have a profound effect on America’s future treatment of the issue,” said Lyle Hauser, founder and CEO of The Vantage Group, a private equity and consultancy firm that helps early-stage cannabis companies.

At the federal level, the US continues to show signs of progress towards a national cannabis industry. In September 2019, the Secure and Fair Enforcement (SAFE) Banking Act passed the US House of Representatives in a landslide bipartisan vote and is now pending a Senate vote. In November, the MORE act, which aims to end cannabis prohibition, was approved by a congressional committee. Both pieces of legislation have the potential to further advance the American cannabis industry, especially cannabis businesses currently operating as a cash-only business. Access to financing and banking services has been one of the pillars of success for Canadian cannabis companies, allowing them to dominate the market and reach economies of scale not possible without significant involvement from financial institutions.

“More pro-cannabis business banking regulations and the prospect of federal legalization of cannabis are seen as potentially huge catalysts for growth in the currently fragmented US cannabis market,” Sheldon Aberman, Chief Cannabis Officer of Chemistree Technology (CSE:CHM,OTCQB:CHMJF), told the Investing News Network (INN). “The passage of the SAFE banking act by the US House of Representatives is a crucial first step in the process of securing and simplifying financial transactions in the legal US cannabis industry.” Chemistree is leveraging its management team’s decades of cannabis industry expertise to build a network of vertically integrated, multi-state cannabis operations.

US cannabis legalization: learning from Canada

After appointing a federal task force, the Canadian government spent nearly three years researching and planning for full legalization on October 17, 2018. By the summer of 2019, the government heralded the success of their efforts. “Our plan is working,” said spokeswoman Marie-Emmanuelle Cadieux. “After only a few months, we have already displaced a sizable portion of the illicit market and the rate of consumption remains unchanged. Additionally, we have seen no evidence of a rise in youth consumption, drug-impaired driving, or problems at the border.” According to Statistics Canada, the cannabis industry grew by 185 percent and contributed C$8.26 billion to the nation’s GDP in the first 10 months following federal recreational cannabis legalization.

“There is a lot that Canadian legislators have done right for the entrepreneurs and consumer,” said Scott McGovern, who founded cannabis media company Green Rush Daily, which sold to High Times magazine for US$7 million. “However, a few details are impeding industry growth — as well as slowing the consumer transition away from the black market.”

Canada’s strict branding regulations — plain packaging and heavy restrictions on font size, style and color — have drawn plenty of criticism. Industry insiders say the limitations on product packaging and marketing not only hinders growth at the company level but also greatly impedes the ability of the legal cannabis to stamp out black market trade.

“When it comes to the Canadian legal cannabis model, rules surrounding branding and packaging is one area where we think the US can do better,” Aberman told INN. “Yes, it’s important to have regulations that prevent companies from marketing their products to minors. However, black market products aren’t adhering to the same branding and packaging restrictions. The inability of companies to differentiate themselves from not only their legal peers but illicit competitors as well makes it hard for consumers to choose the best product.”

Stellar branding and packaging aren’t enough to lure consumers away from the black market. Legal cannabis products must also be cost-competitive. While cannabis producers are adopting low-cost cultivation methods to lower prices at the register, governments will need to do their part to ensure the regulated tax structure doesn’t inflate retail prices to that point that legal pot is not an affordable alternative to illicitly sourced cannabis. Canada’s legalization of recreational cannabis was intended to stop black market sales and provide consumers with safe and high-quality cannabis all while generating tax revenue for the government. However, the illicit marijuana trade is still thriving in Canada. In the second quarter of 2019, Statistics Canada estimated Canadians spent CA$918 million on illegal cannabis compared to CA$443 million for legal recreational cannabis and CA$150 million for medicinal products.

In relative terms, Canada’s tax on cannabis is low compared to states such as California. The Canadian government imposes an excise tax of 10 percent or C$1 per gram (whichever is higher) and 75 percent of the revenue goes to the provinces. There are also additional sales taxes, which range from 5 percent to 15 percent. “These taxes are still less than those in California, where higher taxes have resulted in legal marijuana costing about 77 percent more than cannabis being sold by unauthorized dealers. This is also true in other tax-heavy U.S. states: Legal marijuana is being priced out of the market,” said Hauser. In order to facilitate the rapid adoption of legal products, federal legalization efforts must consider a tax structure than enables legal cannabis companies to thrive relative to their black market competition.

Now that the United States looks to be on a path towards the eventual legalization of cannabis at the federal level, the nation’s lawmakers must consider the most efficient means of regulating its growth. Following a full year of legal cannabis sales without major incidents, Canada’s 2018 Cannabis Act may provide US lawmakers with the roadmap they need to craft a national cannabis framework capable of elevating legal operators while undercutting black market competition.

The information contained here is for information purposes only and is not to be construed as an offer or solicitation for the sale or purchase of securities. Readers should conduct their own research for all information publicly available concerning the company. Prior to making any investment decision, it is recommended that readers consult directly with Chemistree Technology and seek advice from a qualified investment advisor.