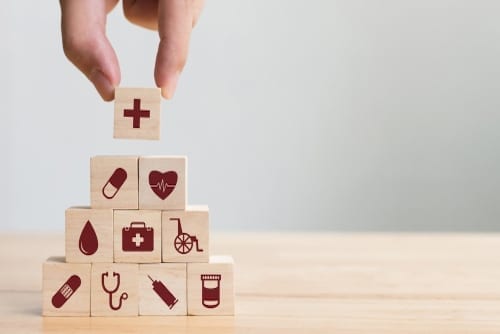 Preventive healthcare is fast emerging as the most viable means to cutting costs and saving lives.

With 75 percent of today’s healthcare costs stemming from chronic and largely preventable conditions, Deloitte expects preventive medicine to replace the current “break-fix” model of healthcare and become “the new norm” by 2020 with research and development focused on “understanding disease biology and genetics; current standards and cost of care; and treatment pathways.”

The next era in preventive healthcare programs will be focused on our ability to harness genetics to prevent chronic illness. And that ability is already within in reach. Researchers at the Broad Institute and Harvard University recently announced the development of a new algorithm that compared to existing standard testing can more precisely predict how likely you are to develop chronic disease such as breast cancer, Type 2 diabetes and heart disease based on your genetic profile.

However, Dr. Sekar Kathiresan, lead author on the report and director of the Center for Genomic Medicine at Massachusetts General Hospital, emphasizes that “DNA is not destiny.” With the ongoing advancements in preventive medicine and a transition to a more personalized approach to healthcare, you may be able to re-write your own genetic destiny.

What is preventive healthcare?

Preventive healthcare is exactly what it sounds like, healthcare that prevents illness. This approach to healthcare involves screening procedures to identify the early markers of a disease and treatments designed to prevent the illness rather than addressing it once it becomes symptomatic. The former path refers to the more traditional approach that we’re used to in modern medicine — a reactive care system designed to diagnose and treat illness. Up until fairly recently the majority of medical research and development (R&D) has focused primarily on reactive treatment programs and medicines that treat an illness once the symptoms begin to appear — for some diseases this can be too little too late making reactive care costly both in terms of dollars and lives.

In practice, preventive healthcare looks like annual health check-ups, routine vaccinations, pap smears, mammograms and prostate exams. These regimens have been a part of our traditional healthcare system for a number of years now and have saved countless lives and significantly reduced healthcare costs. But as our scientific understanding of the mechanisms of disease evolves, so too is the preventive healthcare landscape alongside dramatically improved health outcomes and life-changing technology and treatments.

The importance of preventive medicine

Preventive healthcare R&D seeks to understand the mechanisms of a disease in order to find the best way to stop it in its tracks — a strategy that has the potential to improve the quality and affordability of healthcare while most importantly saving lives.

While much of today’s biggest developments have been aimed at communicable diseases such as malaria and human papillomavirus, new R&D in preventive medicine is also aimed at non-communicable diseases (NCDs) such as heart disease and type 2 diabetes — both of which can be expensive to treat and fatal if not managed correctly. According to the World Health Organization, preventable NCDs — cardiovascular disease, Type 2 diabetes, obesity, and alcohol and smoking related illnesses — account for 7 out of 10 deaths each year worldwide.

The global preventive healthcare technologies and services market is projected to reach US$432.4 billion by 2024, according Grand View Research, on growing public awareness and government policies aimed at reducing costs and improving outcomes as well as advances in medical treatment and technologies. The key segments in this market are vaccines, screening & monitoring devices and wearable smart devices. The North American region accounts for nearly 50 percent of the overall market.

Deloitte says that expectations for care outcomes are rising among healthcare consumers as they “embrace prevention” and “become better informed about their genetic profile, the diseases they have and might develop, and the effectiveness of health interventions.”

Big players in this space include Novartis (NYSE:NVS), which recently announced Health Canada, European Commission and US FDA approval for a migraine prevention drug; Exact Sciences (NASDAQ:EXAS) and Pfizer (NYSE:PFE) have partnered on a colon cancer test; and the FDA also recently approved Shire’s (LSE:SHP, NASDAQ:SHPG) preventive treatment for hereditary angioedema, a genetic disease that causes extreme swelling in the deep layers of the skin.

Genetic testing is the fastest growing trend in the preventive healthcare market. For heart disease, diabetes and some forms of cancer, preventive medicine becomes most effective with the predictive power of genetic testing technology. Genetic testing includes family risk assessments and can help determine a patient’s susceptibility to a disease years before it manifests. In 2013, the US Preventive Services Task Force recommended that women with a family history of known potentially harmful mutations in the BRCA1 and BRCA2 genes — linked to breast and ovarian cancers — should be offered genetic counselling and testing. Genetic testing can even help to prevent a disease from progressing after diagnosis by guiding clinicians toward the right path of treatment.

The next stage in the evolution of preventive medicine lies in our DNA. If we can better learn why some of us are more at risk for certain diseases or why we respond better to certain drugs, we can intercept these diseases before they take over our lives. Central to this evolution is the “quantified self,” or the informed and empowered consumer, according to Deloitte, who reports that for today’s healthcare consumers the number one priority is personalized care.

Both healthcare and technology companies are capitalizing on the role of genetic testing and the rising demand for personalized care. Digital DNAtix has launched a pilot program in the US of a blockchain-based infrastructure and ecosystem for anonymous genetic testing, services and research. The platform allows users to upload their genetic testing results anonymously to find products and services to fit their healthcare needs while also allowing healthcare and genetics researchers to use the DNA data for creating news tests, researching and designing new treatments.

Genetics testing can help us predict future health outcomes, but can we alter that future by altering our DNA? Researchers in the field of gene therapy — which involves fixing a genetic problem at its source — are making advancements in this area for a number of genetically-linked diseases including Type 2 diabetes. By 2022, the global diabetes care and therapeutics market is projected to reach $85.5 billion due to rapid urbanization leading to sedentary lifestyles, changes in diet and increasing obesity levels.

Health science company PreveCeutical Medical (CSE:PREV,OTCQB:PRVCF,FWB:18H) is researching a dual gene therapy aimed at stopping the development of Type 2 diabetes and obesity by using gene-silencing technology that effectively “turns off” genetic signals linked with the formation of the disease. PreveCeutical’s research focuses on a bio-nanotechnological approach using small interfering ribonucleic acids or silencing RNA (siRNA). The program is based on years of multi-disciplinary R&D in diabetes and obesity and will be conducted in three phases over a period of up to four years.

“With diabetes, over-production of a particular protein molecule has been identified and thought to be responsible for the key drivers of diabetes and obesity, starting the patient on an inevitable journey of significant co-morbidity and increased rates of mortality,” said PreveCeutical’s Chief Research Officer Dr. Harry Parekh. “PreveCeutical’s gene-silencing technology would effectively turn off the genetic signal which leads to the overproduction of this key protein molecule, bringing it back down to safe, normalized levels; this would in turn help our cells to absorb glucose, thus reducing blood sugar levels and prevent the body from storing excessive fat from our diet. This is not merely theoretical. Five years of painstaking work has gone into this initiative and management has already taken this research through the proof-of-concept stage in cellular models of diabetes and obesity.”

Governments and healthcare providers are increasingly becoming aware of the fact that sustainable, cost-effective healthcare systems are much easier to maintain among healthy populations. And the key to keeping people healthy lies in moving away from the traditional reactive model for healthcare and toward a more preventive healthcare model. This shift toward preventive medicine is opening up a wide door of opportunity for R&D companies in this sector to find innovative technologies and treatments for the prevention and early intervention of some of our most challenging diseases.