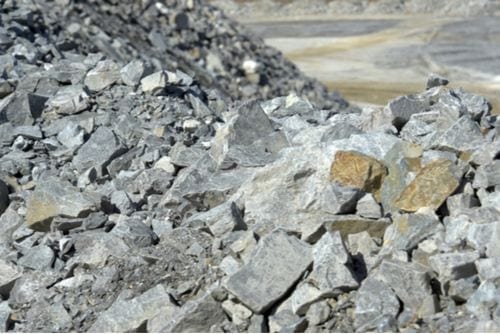 Peru’s Macusani district is emerging as a potential source of some of the world’s most important lithium deposits.

Peru has a long history of implementing pro-mining policies. Less than a year into his presidency, President Martin Vizcarra is continuing that tradition, and there are now opportunities for uranium and lithium production in the Andean nation.

Mining investment in Peru has accelerated in recent years. The country posted eight consecutive quarters of investment growth, which increased 6.3 percent in August 2018 from the year before. Peruvian mining investment, which is centered primarily on copper, silver and zinc, totaled US$2.7 billion in 2018. Peru’s Ministry of Energy and Mines anticipates a staggering US$21 billion in mining investment within the next three years.

Peru’s uranium and lithium deposits are starting to catch some global attention due to the emerging Macusani district in the southeastern portion of the country. These two minerals are at the center of a debate over how to transition the global population away from the burning of fossil fuels. Today, there is a growing voice within the climate change community that suggests nuclear energy and lithium ion-batteries are among the most practical ways to do so.

The risk of a slow scaling up and adoption of intermittent renewable energy technologies is enough for some environmental advocates to fully back nuclear energy as a more tangible long-term solution to combat climate change. Former NASA climate scientist Jim Hansen has publicly advocated against anti-nuclear policies and suggests that an expansion of the industry is necessary to achieve climate change objectives. Nuclear advocates do make good points: it’s an established industry that is decades old, its scale is already sizable and it lacks intermittency issues that current renewable technologies have, so no battery storage solution is required to maintain grid stability.

The use of nuclear energy, and with it, uranium, is growing substantially in some nations. Japan is anticipated to have at least 15 percent of its power generated from nuclear energy by 2030. China has 40 operating plants with an additional 18 under construction. The UK, in contrast to its European neighbors, has plans to construct up to six nuclear plants in the next two decades.

Elsewhere in the world, nuclear energy faces stiff opposition. Germany, for instance, is phasing out its nuclear energy by 2022. Similar policies could arise in Spain and Belgium where nuclear energy is less popular than in other nations like Finland or Sweden. Peru itself has an independent nuclear agency and is a founding member of the International Atomic Energy Agency, which is a requirement for any uranium-exporting nation.

According to Deutsche Bank, the lithium market is expected to reach US$1.7 billion in 2019, thanks to increasing demand for electric vehicles (EVs). In addition, demand for lithium in lithium-ion batteries is expected to increase substantially in the coming decades. CRU Group estimates that demand for lithium carbonate equivalent will triple to 650,000 tonnes by the mid-2020s. By 2030, annual global EV sales are projected to reach 24.4 million, according to Bloomberg, which notes that the current global mine capacity for lithium is not enough to meet the coming demand.

Given this positive demand outlook, it should be no surprise that exploration companies are excited about emerging uranium and lithium opportunities.

Peru’s Macusani district has been an important mining region ever since uranium was discovered by the British Geological Survey in 1980. Today, the Macusani district is host to multiple uranium deposits that are large in scale, near to surface and potentially heap-leachable. The region is also home to several near-surface lithium deposits. Most of the district is easily accessible via the nearby two-lane paved Interoceanic Highway.

Companies developing projects in the region include Plateau Energy Metals (TSXV:PLU), which currently controls all the known uranium deposits in Peru. The company’s early development-stage Macusani uranium project has a 2015 resource estimate that includes measured and indicated resources of 52.9 million pounds of U3O8 at 248 parts per million (ppm) and an inferred resource of 72.1 million pounds of U3O8 at 251 ppm. In 2016, the company released an updated preliminary economic assessment (PEA), which indicated robust after-tax economic returns of net present value (8 percent) US$603 million, internal rate of return of over 40 percent and rapid payback in 1.8 years while assuming a price of US$50 per pound. In 2019, Plateau is hoping to release an updated and optimized PEA by the end of the year pending the outcome of some optimization work programs.

Plateau Energy’s Falchani high-grade lithium project contains a unique “solid-brine” or volcanic tuff hard rock lithium deposit with a 2019 updated resource estimate of 4.7 million tonnes of lithium carbonate equivalent. Although the project is only 25 kilometers away from Macusani, the lithium-bearing rock at Falchani is much different than the uranium-bearing rhyolite that hosts the Macusani uranium deposit. While there is some overburden of rhyolite rock above the lithium-rich volcanic tuff in certain areas at Falchani, rhyolite rock doesn’t always host uranium. Only a couple of holes at Falchani have returned a small amount of uranium. “We haven’t seen it elsewhere. Falchani is a lithium project first, in a completely different rock type, and given the scale of the deposit relative to other hard rock projects globally, it is very attractive,” said Alex Holmes, Plateau Energy CEO. The company is now working on a preliminary economic assessment for the project, which is slated for release in the second half of 2019.

“We are taking a balanced and disciplined approach to the development of both our lithium and uranium projects, as each represents a scale of global significance,” said Holmes. “Each metal plays a crucial future role in the increasing electrification of the world economy and in the reduction of greenhouse gas emissions.”

Fission 3.0 (TSXV:FUU), meanwhile, holds 5,100 hectares of surface rights in the Macusani district, directly beside Plateau Energy Metal’s surface rights. The company’s 2016 drill program confirmed uranium at 12,551 ppm and lithium at 553 ppm. In 2018, Fission 3.0 and Rhyolite entered into a binding letter of intent pursuant to which Rhyolite can earn up to 80 percent interest in Fission 3.0’s mining concessions by spending approximately C$22 million over a five year period.

The future of the global energy mix will likely require an entire slate of different energy solutions to reduce reliance on fossil fuels. Both nuclear and renewable energy sources are expected to increase in demand in the coming decades. Likewise, mining operators and explorers stand to benefit from the fact that uranium and lithium will likely have solid demand profiles in the coming years. The Macusani district’s unique geology and near-surface mineral endowment offers exposure to both of these important energy metals.

The information contained here is for information purposes only and is not to be construed as an offer or solicitation for the sale or purchase of securities. Readers should conduct their own research for all information publicly available concerning the company. Prior to making any investment decision, it is recommended that readers consult directly with Plateau Energy Metals Inc. and seek advice from a qualified investment advisor.