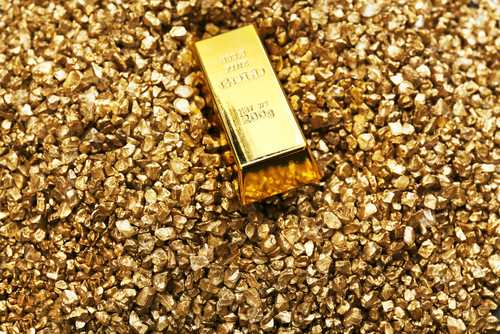 When it comes to the Argentina economy, mining has shown the potential to bolster growth both for the nation and its investors as recent political developments bring new optimism.

Over the past decade, mining in Argentina has become one of the fastest-growing sectors in the nation’s economy.

Argentina may soon be host to its first major resource development project in more than 20 years. Global mining heavyweights Yamana Gold (TSX:YRI,NYSE:AUY), Newmont Goldcorp (TSX:NGT,NYSE:NEM) (then Goldcorp) and Glencore (LSE:GLEN) announced on March 7, 2019 that they are considering the joint development of the Agua Rica gold-copper project, which has estimated reserves of 4.5 million tonnes of copper and 6.5 million ounces of gold.

A feasibility study slated for completion in 2020 is expected to look at the viability of combining Glencore’s Alumbrera gold-copper mine with Agua Rica for annual production of 236,000 tonnes of copper equivalent metal for at least the first 10 years of the estimated 25-year mine life.

Copper’s story is now tied to the energy markets and rising electric vehicle demand, especially out of China. On the supply side, seven years of depressed copper prices have put the brakes on the new mines needed to meet that rising demand.

For gold, analysts are calling for a long-term downtrend in the greenback, which could be positive for the yellow metal. CPM Group’s (HKEX:1932) Jeffrey Christian told the Investing News Network (INN) at this year’s Prospectors & Developers Association of Canada convention that his firm sees gold reaching US$1,380 to US$1,400 per ounce by the end of 2019. Christian believes gold’s biggest jump will likely come just before 2021. “I think at that point you could see investors interested in a lot more gold.”

Mining is a highly developed industry in neighboring Chile, which ranks sixth on the Fraser Institute’s 2018 annual mining survey. Argentina is more of a frontier jurisdiction with plenty of upside given the vast swaths of its territory that remain underexplored.

The South American nation may not rise to the rank of Chile, but geologically speaking Argentina is just as well endowed. Both countries share the Cordillera mountain range, which has helped Chile birth more than 400 mines. In Northern Argentina, this same structure has fathered numerous gold and copper porphyry systems.

Known for its lithium resources as well as its copper and gold potential, the country is also rich in iron, lead, molybdenum, silver and zinc. With large-scale exploration and development in the early stages in this sector, Argentina has a lot of blue sky potential for junior resource companies and majors alike. Under President Mauricio Macri, the country has adjusted its stance to attract more mining investment through mining-friendly policies.

Argentina’s emerging mining industry has benefited greatly from the pro-mining policies instituted by the current administration. Between 2015 and 2018, exploration budgets have grown by 92 percent to US$250 million alongside a 30 percent increase in mining projects. The country currently exports around US$4 billion in metals production annually.

Much of this growth can be attributed to Macri, whose policies were shaped with the intent of attracting foreign investment to the nation’s mining sector through benefits to exploration projects and mining operations.

He ended currency controls, eliminated a 5 percent export tax on metals, lifted a ban on companies sending profits overseas and instituted value-added tax refunds. Macri is also credited with improving relationships between the mining industry and the nation’s provinces, which are legally entitled to make their own mining laws. In 2017, Argentina’s federal government and 20 provincial governors signed a mining agreement with the goal of systematizing taxes and regulations.

“Mining in Argentina was stagnating under the old governments and many very prospective properties were allowed to lapse. Since taking office in December of 2015, the government of Mauricio Macri has been working to reopen Argentina for business and has been receptive to mineral ventures,” Stephen Wilkinson, CEO of Falcon Gold (TSXV:FG), told INN. Falcon Gold’s Esperanza concessions in the prospective Sierra de las Minas district of north Argentina are host to numerous past-producing and artisanal gold mines. Results from the company’s 2018 exploration program revealed very high grades of gold, silver and copper.

Argentina’s mining-friendly investment regime and valuable mineral endowments have painted the country as an increasingly attractive destination for foreign mining investments. In addition to Yamana, Newmont Goldcorp and Glencore, many of the world’s biggest miners are drilling into Argentina’s mineral assets. For example, Barrick Gold (TSX:ABX,NYSE:GOLD) operates the Veladero gold-silver mine, and McEwen Mining (TSX:MUX,NYSE:MUX) has a joint venture (49 percent/51 percent) with Hochschild Mining (LSE:HOC) in the San José gold-silver mine.

At the Vancouver Resource Investment Conference in January 2019, Senior Director at Americas Market Intelligence Remi Piet told INN that the president of Argentina has so far been viewed as “level headed and working hand-in-hand with the IMF” to help Argentina’s economy recover. “His re-election would be a very strong signal for mining investment in the coming years in Argentina.”

When Argentinians go to the voting booths for the October presidential election, there is a chance that Macri won’t be re-elected. Macri is facing off against the previous president, Cristina Fernández de Kirchner, whose attitudes toward foreign mining investment are not as friendly. This has led to uncertainty regarding the possible policy direction a new government might take when it comes to the mining industry.

Even without Macri at the helm, there is some optimism that the pillars put in place during his presidency will be strong enough to continue building out a mining sector that can one day play a more significant role in Argentina’s economy. “We’ve built a solid base,” said Mariano Lamothe, Argentina’s undersecretary for mining development, in an interview with Bloomberg. “So when President Macri’s term ends, it won’t be subject to the sharp turns that populism has generated in the past.”

Argentina’s 1993 Mining Investment Law is viewed by most people in the industry as quite competitive. The federal law guarantees fiscal stability to mining companies for 30 years from the time a feasibility study is filed. Exploration expense deductions are 200 percent while feasibility-stage expenses are deductible at a rate of 100 percent. Provincial royalties are capped at 3 percent. Under another federal investment law, foreign investors are given equal treatment to national investors in all sectors of the Argentina economy.

Mining in Argentina has a lot of room to grow in comparison to its neighbor Chile. However, attractive incentives including favorable mining policies, competitive mining investment laws and mineral-rich geology have been seen as positive steps towards strengthening the Argentina economy through a strong mining industry.

This article was originally published on the Investing News Network in June 2019.

A Timeline of Gold M&A Activity in 2020
The Safest Play in the Mining Space Right Now?
VIDEO — Adrian Day: The Market has Changed, it’s Not a False Start for Gold
Ian Ball: Putting a Fair Price on Gold Right Now

One response to “Mining in Argentina: From Frontier to Emerging Mineral Resource Market”