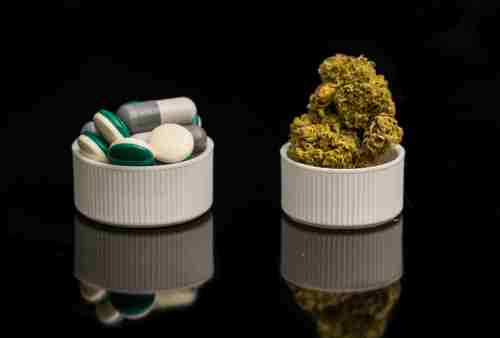 Researchers and physicians are increasingly looking to cannabis for combatting the opioid epidemic.

Doctors and physicians are increasingly considering cannabis for the opioid epidemic as its use could save countless lives.

The ongoing opioid epidemic is one of the greatest mass public health crises facing humanity today. According to the World Health Organization, an estimated 27 million people worldwide suffered from opioid addiction in 2016 and approximately 450,000 people died of a result of drug use in 2015. By underestimating the addictive power of opioids, millions of patients have been exposed to debilitating addiction issues. The lack of alternatives to opioid pain relief has resulted in immeasurable human misery and loss of life, leading many to consider using cannabis for the opioid epidemic.

With the true dangers of opioids now tragically clear, the medical and scientific communities are looking to other pain relief options. Medicinal cannabis could present the answer. One study by researchers at the University of California San Diego and Weill Cornell Medical College found that US states that had legalized medical cannabis between 1993 and 2014 saw a nearly 40 percent reduction in opioid use by Medicaid enrollees. The pain relief properties of cannabinoids like cannabidiol (CBD) and tetrahydrocannabinol (THC) have been well known for decades; however, the relaxation of cannabis laws and the subsequent surge of cannabis research have legitimized cannabis as a healthy alternative to opioids.

This development is one of the greatest opportunities for growth and innovation in the medical cannabis space today.

The numbers associated with the opioid epidemic are staggering. In the United States alone, there were 70,237 overdose deaths in 2017, a 9.6 percent increase from the previous year, according to the Centers for Disease Control. In Canada, more than 9,000 opioid-related deaths occurred between January and June 2016, according to the federal government’s statistics. According to the National Institute on Drug Abuse, roughly 21 percent of people who are prescribed opioids end up misusing them, and between 21 and 29 percent of patients misusing opioids develop an addiction to them. Of those who misuse, 4 to 6 percent eventually turn to heroin. Approximately 80 percent of heroin users initially misused prescription opioids.

The potential of medical cannabis

One of the root causes of today’s opioid crisis is related to an over-reliance on opioids as a means of prescription pain relief. Historically, medical professionals have underestimated the addictive properties that led physicians to prescribe these drugs for all types of chronic and acute pain. Today, we have a better understanding of the risks associated with opioid medications, but the need for pain treatment remains. This is where cannabis’ potential has been most apparent. Patients have been turning to medical cannabis for pain in legal jurisdictions for decades now and a growing body of research is helping to legitimize cannabis treatment as a legitimate alternative to opioids. The hope is that if more people can be treated with cannabis rather than opioids, then fewer people will be put at risk.

Cannabis producers see the opportunity presented by this desperate need. Major cannabis companies like Aurora Cannabis (TSX:ACB,NYSE:ACB) and Tilray (NASDAQ:TLRY) have been involved in studies regarding the efficacy of cannabis-based pain relief. Medical cannabis companies like Orion Nutraceuticals (CSE:ORI) are developing cannabis products specifically for the pain relief market.

“Medical research on the benefits of cannabis is still in its infancy,” said Jonathan Fiteni, CEO of Orion Nutraceuticals. “Every day, new studies are being released that continue to show the seemingly limitless benefits derived from the plant.”

Government regulators in medical cannabis jurisdictions have clearly recognized the potential for cannabis to curb opioid addiction. The New York State Department of Health, for example, put out a guidance in July 2018 urging doctors to consider cannabis for the opioid epidemic as an alternative to prescribing opioids to patients suffering from severe pain. The states of New Jersey and Pennsylvania have put out similar statements as well. 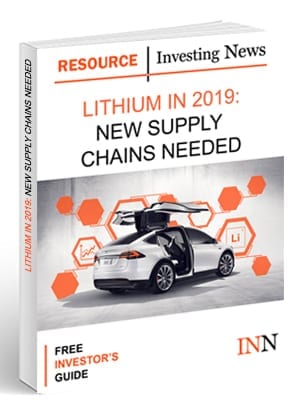 Get your free summary from the 2019 Lithium Supply Markets Conference!

Prevention of opioid addiction is the first line of defense in the opioid crisis, but there are already millions of people around the world currently suffering from addiction. For those who are attempting to break out of the cycle of addiction, opioid withdrawal is an agonizing but unavoidable process. Withdrawal symptoms are commonly treated with opioid replacement therapies like methadone or buprenorphine, but these opioid-based treatments carry many of the same risks of dependency and withdrawal as the substances they replace while limiting the brain’s ability to naturally produce dopamine. This has led to interest in the potential of cannabinoids as alternative treatments for withdrawal symptoms and nascent evidence suggests that cannabinoids may indeed be a viable treatment to lessen symptoms during the acute opioid withdrawal period. More data is required to reach a definitive conclusion, but if this promising research holds true, cannabis could provide an extraordinary tool for combating addiction.

For decades it has been extremely difficult to conduct peer-reviewed research on the efficacy of medical cannabis in the United States. While THC-rich cannabis currently retains its Schedule 1 status at the US federal level, legal breakthroughs of the past two decades in several jurisdictions have allowed researchers to begin closing the knowledge gap. Additionally, the passing of the 2018 US farm bill has removed CBD from the Schedule 1 list, enabling easier access for researchers.

In late 2018, Columbia University was awarded a grant from the National Institute on Drug Abuse to conduct a comprehensive investigation on cannabis’ potential to reduce opioid use and overdose risk in chronic pain patients. The grant was awarded following a pilot study that found nearly two-thirds of patients were able to reduce or stop opioid use.

Cannabis may be the most promising option to replace opioids as a means to relieve pain. While it is still too early to state definitively that medical cannabis is the answer to the opioid crisis, the growing body of research is helping to provide legitimacy. As more medical cannabis companies continue to innovate and consider alternative options like cannabis for the opioid epidemic, the resulting growth of the industry could save countless lives.

One response to “Crisis Measures: Cannabis for the Opioid Epidemic”