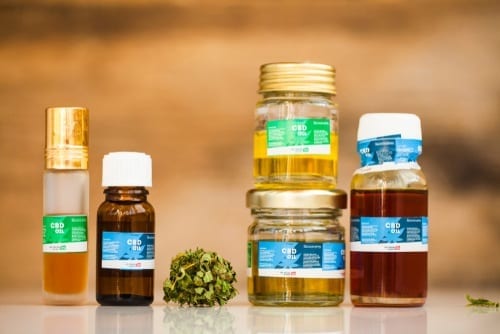 Marketing cannabis brands creatively is the solution to industry branding restrictions in Canada.

Many of the current trends for marketing cannabis brands in Canada are a direct result of marketers thinking creatively to get around restrictions imposed by the federal government.

High quality branding is a powerful thing. The look, feel and associations that a company uses to support its product can be every bit as important as the product itself in determining its success or failure. Marketers have spent decades perfecting the social sciences used to make the world’s most iconic brands successful.

A new product category is emerging in the form of Canada’s legal adult-use recreational cannabis market. Thousands of cannabis companies across the country have invested millions into building what will become the best known brands in the cannabis space.

Unfortunately for these companies, the Canadian federal government has not made life easy on the people responsible for building recreational cannabis brands. The companies hoping to become the Coca-Cola (NYSE:KO) of the cannabis world will have to do so under some major restrictions on some of the most fundamental elements of their branding.

Still, all of the companies moving into the cannabis space have the same disadvantages. It’s an even playing field and the companies that emerge as Canada’s top cannabis brands will likely be the ones who get creative and manage to develop dynamic branding strategies despite the challenges.

When the federal government announced its plans for cannabis branding restrictions in July 2018, it’s likely there were tables flipped in more than a few cannabis company boardrooms across Canada. Up to that point, companies had been working for months designing unique and creative packaging and promotional material that would set their brands apart from the crowd.

Under the announced rules, all cannabis packaging must be a single uniform color with only standard fonts and no graphics outside of a logo. Elements such as non-standard materials and textures or even things like glossy text are out of the question. Branding campaigns are forbidden from using any graphics or language that could convey an emotional or lifestyle association. Companies are not allowed to use celebrity endorsements or fictional mascots either.

Normally, a major product launch would be accompanied by a heavy advertising push, but the rules restricting cannabis advertising mirror those governing the advertising of tobacco products. This means that broadcast ads, billboards and other such advertising tools are out of the question. Even things like consumer reviews and testimonials are a no go.

The restrictions that have been placed on cannabis branding are less than ideal for marketers. Fortunately, the industry is full of creative people who will find and discover any avenue that remains for outside-of-the-box marketing solutions.

While the aforementioned packaging solutions don’t leave much room for creativity in packaging, cannabis companies will make the most with what little they have to work with. Brand marks on cannabis packaging must be no longer than the obligatory THC label, which gives designers a few valuable square centimeters with which to make an impression. Under these circumstances, cannabis brands will likely make a point of designing these small spaces in a graphically simple approach that is still striking and bold. This will hopefully help companies create iconic brand images even with the limitations.

Alberta-based cannabis producer Royal Canadian Cannabis, for instance, has taken a uniquely modern approach to getting around package design limitations. Each of the company’s legally standard packages will include a QR code that when viewed through the lense of a smartphone will cause the package to come alive with appealing branded visuals as well as product information.

Social media also provides a valuable tool for cannabis companies to interact with their customer base. While the heavy advertising restrictions mean that we’re unlikely to see many targeted sponsored posts or paid-for page recommendations, cannabis companies have been busy filling their social media profiles with content that supports their brands and keeps them top of mind for their various social media followers.

As a somewhat sneaky approach to working around the prohibition of celebrity endorsements, some companies have begun bringing on high-profile people not a spokespeople but as “Chief Evangelical Officers” or as major investors. There’s no regulation that says a celebrity can’t be involved with a cannabis company in a role that’s not strictly promotional. Artists who are now involved in cannabis companies include members of the Tragically Hip, Gene Simmons of KISS fame, Snoop Dogg and The Trailer Park Boys. While these celebrities can’t be used in advertising material, the press generated by big names getting involved with the industry is in itself often more than enough of a visibility boost.

With traditional advertising options unavailable, the retail storefront becomes even more important as the first line of offence to capture consumer attention and bring that attention to the brand. A well-designed retail experience could well be one of the most effective measures for connecting the customer to the brands featured inside. As one of the first cannabis retail franchise models in Canada, Inner Spirit Holdings (CSE:ISH) has taken great pains to design its Spirit Leaf retail spaces knowing that the presentation will be key to bringing consumers to its partnered cannabis brands. With that in mind the company has designed a modern space with a unique atmosphere to evoke a positive energy and get customers in the door where they will be introduced to partnered brands like Prairie Flower, Ruby and others.

It’s possible and even likely that the approach to regulation and branding restrictions that the Canadian government has placed on the cannabis industry will be loosened over time. In the meantime, however, it’s crucial to the survival of emerging cannabis brands to work creatively with the options that they have. The good news for cannabis companies in Canada is that they have a product that many Canadians are excited about. The era of cannabis retail is here, and it will take more than a few limitations to curb that enthusiasm.