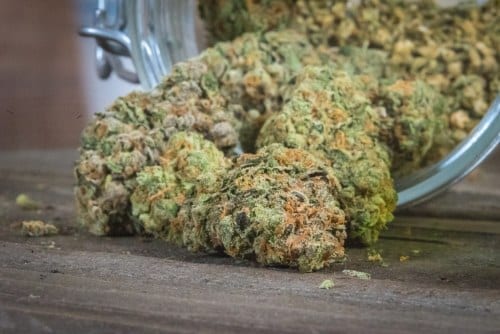 The Michigan cannabis market could be among the most important in the US in 2019 as the legalization movement moves east.

For the US cannabis industry in 2019, all eyes are on the adult-use Michigan cannabis market.

On November 6, 2018, Michigan became the latest US state to say yes to legal adult-use cannabis. The fact that Michigan is the first state in the American midwest to do so makes the decision a particularly big deal for the legal cannabis industry. The move opens a major US market consisting of approximately 10 million people, while also paving the way for other midwestern states to follow suit in the near future.

Grown Rogue is a vertically integrated, seed-to-experience cannabis company based in Medford, Oregon with operations throughout the United States.Send me an Investor Kit

According to projections by Marijuana Business Daily, the Michigan cannabis market could reach as high as US$1.7 billion in annual revenue within the first few years after legalization, putting it among the largest cannabis markets in the country.

The legalization process so far

Prior to 2018, Michigan was already the home of a robust medical cannabis industry established after a 2008 ballot initiative. The medical industry was worth approximately US$837 million in 2018, according to the state’s House Fiscal Agency. For the 2018 midterm elections, cannabis was once again on the ballot. Proposal 1 was approved by 56 percent of Michigan voters, setting a mandate for the state to create a regulatory system for recreational cannabis production and retail.

That process is now well underway, but the exact details of the regulatory scheme are not something that lawmakers can hammer out in a single session. The complex set of rules and regulations will likely take at least two years, with Proposal 1’s terms barring the state from issuing recreational commercial licenses until December 6, 2019, at the earliest. At that point, businesses holding existing medical cannabis licenses will have the first opportunity to apply for recreational cannabis commercial licenses.

Based on the US$1.7 million projection, Michigan could become the second largest US cannabis market after California, which was projected to hit US$2.5 billion in its first year. Michigan also has the benefit of learning from California’s mistakes. California’s infamous dual licensing system, which required cannabis companies to apply for licenses from both the state and local municipalities, has been recognized as a regulatory failure. Based on the ballot proposal, Michigan looks likely to avoid an overly restrictive system such as California’s.

There are still plenty of important regulatory details that are yet to be determined. However, the ballot proposal itself provides some key details regarding what the Michigan cannabis market could look like. Under these provisions, the state will not place a limit on the number of adult-use licenses, but municipalities will have the freedom to set their own limitations on the number of licenses within their jurisdiction. While only current medical license holders will be able to apply for recreational licenses for the first 24 months of licensing, the state can choose to offer licenses to companies in the interest of quashing the black market and improving legal supply. The state will also have special license classifications for local micro-businesses, which will be capped at 100 plants.

Despite the regulatory questions still to be answered, cannabis companies are seeing plenty of opportunity in Michigan. As has been the case any time a new state legalizes the recreational cannabis industry, the early days provide a valuable first-mover advantage to the companies that get in the door first, and this is especially significant in a market the size of Michigan. The state has also seen some of the highest rates of cannabis adoption in the US, with the country’s second highest number of registered medical users. The midwest also has a huge agricultural sector, meaning infrastructure and skilled growing labor will be plentiful and relatively inexpensive. As mentioned above, it’s important to note that Michigan is the first midwest state to legalize with others likely to follow as early as 2020. Companies capable of establishing themselves in Michigan could gain early brand recognition, an understanding of midwestern markets and a familiarity with midwestern growing conditions. This early experience could provide first movers with a competitive advantage as more of the midwest opens up.

Cannabis companies are now vying to get into the Michigan market as early as possible. One of the companies positioning itself to be among the first recreational producers in the state is Grown Rogue (CSE:GRIN, OTC:GRUSF). Grown Rogue announced in February 2019 that it had signed a binding agreement to secure the right to Michigan cannabis licenses and assets, including two retail dispensaries and a proposed 19,000 square foot cultivation and processing facility. “Michigan’s strong adoption of cannabis coupled with our strategic partnership with established business and real estate leaders made the expansion cost-effective and practical,” said Grown Rogue CEO Obie Strickler regarding the move. The multi-state cannabis company already has operations in Oregon and California.

Grassroots Cannabis is another multi-state cannabis company with eyes on Michigan. Grassroots has been working in the medical cannabis markets of Illinois and Ohio and the company’s CEO told Forbes in November that Grassroots is now seeing legalization in Michigan as a ground floor opportunity to find early success in the state. Viola Extracts, which currently operates in several states, including Michigan’s medical market, already operates a 48,000 square foot production facility in Detroit. In response to legalization in Michigan, the company is planning to add additional cultivation space in the state as well as a number of retail locations.

While we are in the early days of the Michigan cannabis industry, opportunities for growth have begun to emerge. The state represents one of the largest legal cannabis markets to come online to date, providing a potential gateway to a key American region. Across the United States, the broader cannabis market has taken notice. Michigan is learning from the successes and failures of cannabis-friendly states like California, and has the opportunity to become an important part of the US cannabis conversation going forward.

The information contained here is for information purposes only and is not to be construed as an offer or solicitation for the sale or purchase of securities. Readers should conduct their own research for all information publicly available concerning the company. Prior to making any investment decision, it is recommended that readers consult directly with Grown Rogue and seek advice from a qualified investment advisor.