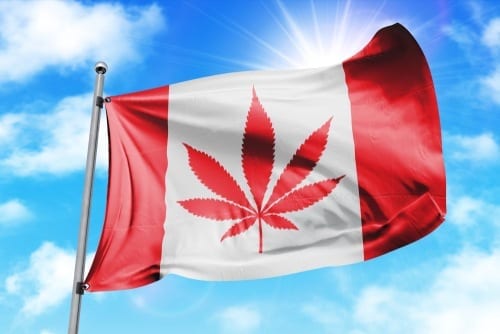 Canadian companies are beginning to look beyond their own borders towards the international cannabis market.

Cannabis legalization is the correction of a nearly century-long mistake, and the legalization of cannabis in Canada appears to be just the beginning. The first fully developed nation to introduce a legally regulated recreational cannabis industry is quickly being followed by countries like New Zealand and Luxembourg. Countries in Europe, South America and Asia are also opening up to the medical market.

As an increasing number of jurisdictions worldwide move to legalize adult-use or medical cannabis, the global legal cannabis market is projected to hit more than US$146 billion by the end of 2025, according to an April 2018 report by Grand View Research. Driving this growth is an increasing acceptance of the plant’s medical uses and benefits as well as growth in the non-psychoactive CBD market. The history of the earliest cannabis markets like California and Canada shows that medical legalization can often pave the way for further cannabis legalization, suggesting the potential for even further growth as these new medical cannabis markets mature.

Canadian companies with the means for international expansion are keeping close eyes on emerging markets. Canada is a relatively small market on a global scale, but huge international markets like Germany, Spain and Israel offer Canadian cannabis companies the potential for massive growth. Canadian companies that manage to establish themselves in these markets could quickly gain a valuable first-mover advantage and position themselves for growth well beyond the domestic supply chain.

While emerging domestic players are beginning to learn the ins and outs of the complex cannabis business, including the high learning curves associated with efficient, consistent and quality production, Canadian players are beginning to apply these lessons to new markets. This gives Canadian companies a noteworthy advantage on their way to becoming leaders in the international cannabis industry.

While the potential presented by international markets is huge, entry into any new market will always come with its own risks and challenges. Canadian companies looking to move into international markets will need to do so with a strong understanding of the local legal cannabis landscape. Regulations pertaining to growing practices, licensing, distribution, the supply chain and other operations in foreign jurisdictions may not necessarily mirror Canadian policies. Furthermore, since the regulatory landscapes of emerging cannabis jurisdictions are far from established at this point, there is a degree of uncertainty in regards to what the regulations will look like as they continue to develop.

Additionally, non-domestic companies will find that some federal governments place restrictions on foreign ownership of property, particularly when it comes to the ownership of agricultural land.

While ownership restrictions can present a challenge, this process will not be entirely new to established Canadian cannabis producers that have previously navigated the regulatory process. Canadian companies that have been successful in the domestic market should be able to leverage their experience in order to navigate the regulatory frameworks of new markets.

In addition to understanding the legal regulatory landscape, Canadian international cannabis companies need to understand the consumers in their new markets. The preferences of South American consumers, for example, are informed by entirely different cultural influences and tastes than those of Canadian consumers.

“The cannabis sector is on the verge of opening in every major market around the globe, led by Europe. We are comfortable being early to the game in knowing how large these markets are going to be,” said Daniel Cohen, CEO of Aura Health (CSE:BUZZ).

The other major benefit to these strategic partnerships is that ownership of a local company often allows international companies to enjoy lower tax rates, expedited licensing and other benefits enjoyed by local companies.

Canadian cannabis company Aura Health is developing an international distribution network that is expected to allow the company to serve Germany, Israel and additional European markets. In May 2019, the company completed its acquisition of German pharmaceutical distribution company Pharmadrug Production. Pharmadrug holds a Schedule I European Union narcotics license, which allows the company to distribute medical cannabis products throughout Germany and elsewhere in Europe. The company is expected to distribute 190,000 grams of pharmaceutical-grade cannabis in German pharmacies this year.

As part of its international growth strategy, Aura Health also owns a 54 percent interest in Israeli cannabis producer HolyCanna. The company is developing a 60,000 square foot greenhouse production facility in Central Israel where the climate is conducive to low-cost cannabis production. In addition to HolyCanna, Aura’s retail subsidiary CannabiSendak enables vertical integration throughout Israel, with opportunities to export to international markets thanks to Israel’s updated export laws.

“We are very pleased to share our operational progress with our shareholders and demonstrate our commitment to executing our European strategy. We believe the German and European medical cannabis markets represent a significant opportunity and we continue to identify and develop the assets to seize this opportunity,” explained Cohen.

In anticipation of a global cannabis extracts market, Aura Health has also partnered with Nutritional High (CSE:EAT,OTCQB:SPLIF) to develop international markets. Under the terms of the agreement, Nutritional High is expected to provide Aura with the knowledge and expertise to extract cannabis oil using Nutritional High’s cryo ethanol process.

Canada’s biggest players have recognized the opportunity they have to become world leaders in the cannabis industry. Aphria (TSX:APHA) began 2019 by completing its acquisition of CC Pharma, a company licensed to import and distribute cannabis to more than 13,000 pharmacies throughout Europe. In September 2018, Aphria also formed a partnership with Danish Schroll Medical in an arrangement that will focus on worldwide cannabis distribution. In November 2019, Auxly Cannabis Group (TSX:XLY) acquired an 80 percent stake in Uruguay licensed producer Inverell. Similarly, Canopy Growth (TSX:WEED) has set its sights on international markets with the establishment of partnerships such as its creation of Spectrum Denmark with Danish licensed producer Danish Cannabis, AusCann Group in Australia and Alcaliber in Spain.