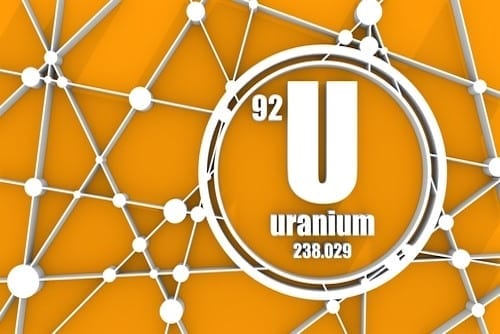 Growth in uranium demand is changing the landscape of the energy metals market.

Few, if any, other energy sources are as misunderstood as nuclear energy. Following the end of the second world war, nuclear was seen by many in the public and in the energy sector as the energy of the future. However, as cold war paranoia set in over the following decades and highly publicized incidents colored the public consciousness, nuclear developed an image problem that even into the 21st century has stifled the growth of one of the most efficient sources of low carbon energy.

The story is not over for nuclear, however. As carbon emissions continue to be a massive and increasingly urgent concern for governments and regulators the world over, nuclear is making a resurgence as an attractive alternative to fossil fuels.

Plateau Energy Metals Inc. (TSXV:PLU), is a resource exploration and development company focused on uranium and lithium exploration in the Macusani Plateau in Puno, Peru.Send me an Investor Kit

That’s great news for resource companies working on uranium projects. Uranium is the fuel used in nuclear reactors, so as global adoption of nuclear power rises, so too does demand for the rare and valuable mineral. In 2017, nuclear energy accounted for 19 percent of energy generated in the United States, coming second only to fossil fuels, according to the US Energy Information Administration. Uranium prices in recent years have been steady, hitting $27.50 per pound in October 2018. As new nuclear reactors come online, particularly in Asia’s growing energy sector, growth in uranium demand is expected to boom.

The nuclear power and uranium sectors will likely be a big part of the global energy future in upcoming years and despite the many misconceptions, this could be a good development for our climate. This is why it’s important for the general public to gain a better understanding of nuclear power and the evolving technology that can help the industry harness its potential while mitigating its risks.

Public perception of nuclear energy has largely been colored by some very high profile events. The 1986 Chernobyl and 2011 Fukushima incidents were both tragic and environmentally destructive events that were the result of poor oversight and design flaws. Chernobyl has set the tone of unease with nuclear technology for a generation and Fukushima caused the major slowdown in the nuclear energy sector that has continued to this day.

However, these events have also been catalysts for improvements to safety design and regulation in the energy sector. Post-Fukushima improvements have included superior assessment of hazards, better means for emergency filtered venting, improved radiation monitoring and more. As we move into a new era of nuclear technology, the next generation of reactors will utilize designs that vastly reduce the risk of such a disaster happening again.

The next popular concern about nuclear power has to do with perceived environmental damage. There’s a perception that nuclear generation is inherently dirty but, in reality, while there is indirect carbon emission associated with nuclear power from mining and transporting material and other ancillary practices, nuclear power generation itself actually does not involve releasing any carbon material into the air at all.

This is because nuclear power is generated via fission rather than by burning material like fossil fuels. In fact, nuclear generation has about the same amount of carbon release associated with it as renewable energy sources like solar and wind power, while generating more power at a lower total cost. It’s that lack of carbon emission that’s generating renewed interest in nuclear as governments around the world scramble to reduce their nations’ carbon footprints.

While there may not be any waste material released into the air, other concerns are often raised about the disposal of waste material. Unlike coal, natural gas or other burned fossil fuels, this material can be managed. Often waste material is stored underground in repository sites such as the Yucca Mountain site in Nevada, but increasingly companies are able to recycle this material for future use. Since the “once-through” nuclear fuel system only utilizes about one percent of the stored energy in the uranium, more efficient methods are being used in Europe and Japan that allow the uranium to be reprocessed, doubling the energy output of the material and removing the long lasting radioactive compounds that would otherwise have to be stored.

The nuclear energy sector is making a comeback. There are currently 71 nuclear reactors currently being built in 12 countries with hundreds of others currently in the planning or proposal stages. China, in response to the country’s massive pollution crisis, has invested heavily in non-fossil fuel energy in recent years and this investment has included plans to spend $2.4 trillion on the expansion of nuclear power capacity by 6,600 percent in the coming years.

Increasing global nuclear power generation will of course translate to vast growth in uranium demand, with prices expected to hit $33.50 per pound in the fourth quarter of 2019 according to data from FocusEconomics.

Compounding uranium’s surging price rise are concerns on the supply side. After the nuclear slowdown began in 2011, global uranium production only increased by about 6,000 metric tons, a striking leveling out after a consistent climb in previous years. In 2017, uranium producer Kazatomprom cut its output by 2,000 tonnes and in early 2018 Cameco (TSX:CCO,NYSE:CCJ) suspended operations in two Saskatchewan uranium projects.

Surging demand and sub-par supply creates a notable opportunity for uranium producers. One developer stepping up to capitalize on meeting the demand is Plateau Energy Metals (TSXV:PLU). In 2016, Plateau completed a Preliminary Economic Assessment (PEA) on the company’s Macusani Uranium Project in Peru and the company expects to produce more than 60 million pounds of material over 10 years, making the site a significant potential new uranium production center. Beyond the PEA mine plan, the property has an additional 50 million pounds of outlined resources as well as 40 other uranium exploration targets, giving the project significant potential to increase its mine life.

In 2018 many people are still surprised to learn that nuclear energy is one of the cleanest and most efficient means of energy supply available. The planet is in the midst of an unprecedented global climate crisis, leading governments and industries around the world to look for energy sources that don’t release carbon into our atmosphere. If the 71 nuclear reactors currently under construction are any indication, many have found the solution in the revitalization of nuclear energy. With that revitalization comes renewed growth in uranium demand, spelling a bright future for uranium producers.

This INNspired article is sponsored by Plateau Energy Metals (TSXV:PLU). This article was written according to INN editorial standards to educate investors.

CanAlaska Uranium: Developing an Exploration Package in the Athabasca Basin
Uranium Mining in the US
The Uranium Market is Heating Up — Is it Time to Get In?
3 Uranium Stocks to Watch in 2020

One response to “Powering the Future: Growth in Uranium Demand”