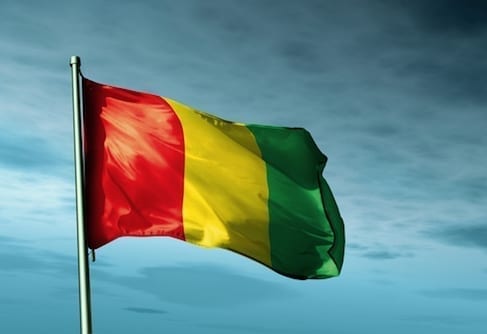 The mining industry of Guinea has historically been underexplored, creating an opportunity for graphite mining and more.

The Republic of Guinea is one of the most mineral rich countries in the world, but it’s also subject to the challenges inherent to a poor nation in West Africa. Sitting on massive mineral reserves including the world’s largest reserve of Bauxite, Guinea is highly underexplored compared to its West African neighbors. Proper investment in the country’s infrastructure has the potential to transform one of the poorest nations on Earth, to the benefit of mining companies, but more importantly, to the benefit of the people of Guinea.

The Guinean government knows full well how important their mining sector is to the development of their country. The mining industry contributes more than 15 percent of Guinea’s GDP, and the government, which has come a long way in stabilizing and forcing out corruption in recent years, is committed to supporting that development. Today, the Guinean government offers international mining firms straightforward permitting and stability.

History of the mining industry of Guinea

The earliest records of the gold mining industry of Guinea dates back to before the Middle Ages. The gold mined in the land that would become modern day Guinea was instrumental to the growth of power of the medieval Mandingue empire. Ancient gold mining continued through the centuries carried out by a succession of West African empires.

As European explorers arrived in West Africa in the 16th century, Guinea was subjected to colonial rule with much of its native population falling victim to the Atlantic slave trade. The country fell under French rule in the 19th and early 20th centuries. As the country achieved independence in 1958, it’s mining industry became key to Guinea’s prosperity. Unfortunately, political and social unrest would lead to mismanagement of the mining sector. As international companies moved into the country’s neighbors, Guinea’s reserves stayed in the ground.

During the first decade of the 21st century, Guinea was the setting of conflict stemming from neighbouring nations. Political unrest as Guinea president Lansana Conte clung to power kept the country on the brink of civil war throughout the 2000s. Needless to say, mining activity during this decade was minimal.

The Guinea military seized power in the country immediately after the death of President Conte in 2008 and the coup has since been followed by a period of stabilization in Guinea. The country returned to civilian rule in 2010 with the electoral victory of President Alpha Conde, who has since established strong relationships with international mining companies. The new government, with help from the World Bank, quickly got to work updating and reforming the country’s mining code to make Guinea an attractive destination for international investment.

The mining industry of Guinea still has a long way to go, but it’s become an increasingly important part of the national economy. The country is now home to several active mines and prospective projects, and international interest in the jurisdiction is increasing.

Guinea became a member of the Extractive Industries Transparency Initiative (EITI) in 2014. The EITI sets the standard for its 51 member countries for transparency and accountability in the natural resource sector. Through it’s EITI membership, Guinea can ensure international companies that processes involving mining contracts and licenses will be carried out above board. The EITI also helps to ensure that the mining industry benefits the people of Guinea through revenue collection, subnational revenue sharing, state-owned company management and public investments.

Over a third of the global reserves of bauxite reside within the borders of the Republic of Guinea, with an estimated 40 billion tons. The country currently ranks sixth in the world for bauxite production, but heavy investment in Guinean bauxite is creating fast and sustained growth in the sector. Guinea’s Ministry of Mines and Geology estimates that at the current rate of growth, bauxite production could reach up to 60 million tons by 2020.

Guinea’s mineral wealth is far from limited to bauxite, with large quantities of high-grade iron ore reserve as well as graphite and nickel-cobalt. Perhaps even more so than with bauxite, these reserves remain relatively untouched. The country also hosts significant reserves of gold, diamonds and gemstones.

Another key factor to Guinea’s economic growth is the country’s potential for hydroelectric power production. Guinea’s hydropower potential is among the best in West Africa, but there’s work that needs to be done to realize that potential. Fortunately, that work seems to be underway. In September 2015, Guinea state owned utility corporation, Electricité de Guinee, commissioned the construction of a 240-megawatt hydroelectric facility on west central Guinea’s Konkoure River. Another, even larger, hydroelectric dam has recently been constructed at Souapiti, adding about 500 megawatts. Chinese state owned company International Water & Electric Corp has also commissioned a $526 million project that the company says will have an annual generating capacity of 965 million kilowatt hours.

As the country adds to its hydropower generation capacity, it significantly increases its potential for mineral processing at attractive costs.

Leading the way in the region

In July 2018, Guinea was appointed by the member states of the African Union (AU) to host the headquarters of the African Minerals Development Center (AMDC). The AMDC is an arm of the AU that specializes in implementing the organization’s African Mining Vision, which calls for an industry that comprises “a transparent, equitable and optimal exploitation of mineral resources to underpin broad-based sustainable growth and socio-economic development” by the year 2050. As part of the appointment process, the mining industry of Guinea was evaluated by an AU delegation and was found as being the ideal candidate to run this strategic initiative.

As a leader in the region, the government of Guinea understands that infrastructure development is key to the country’s economic growth. Hydropower is of course a primary focus for this development, but it’s by no means the only one. In late 2017, the International Monetary Fund approved the use of $650 million for non-concessional borrowing to finance improvements to infrastructure, higher education and water in Guinea. These infrastructure improvements include the rebuilding of Guinea’s RN1 national road and the Conakry urban road network as well as the construction of an electrical interconnection line. Representatives of the International Monetary Fund and the World Bank are working with the Guinean government to ensure that these projects are being carried out effectively and free from corruption, mitigating the risk of default.

Major players in the region

Recent stability and development in the mining industry of Guinea is already paying off in terms of interest from international mining firms.

Mining giant Rio Tinto (ASX:RIO) holds the massive Simandou mine located in the mountain range of the same name. The Simandou mine is one of the largest sources of high grade iron ore on earth having 2.4 billion tonnes of ore grading 65 percent iron metal. South African gold producer AngloGold (JSE:ANG) owns Guinea’s Siguiri gold mine. The historic Siguiri mine has been the site of gold mining for thousands of years and is today a major producer of Guinean gold. In 2016, AngloGold announced the investment of $400 million into gold production in Guinea.

Canadian resource company SRG Graphite Inc. (TSXV:SRG) rediscovered a graphite deposit in the southeast region of the country which had been left abandoned since Guinea’s independence in 1958. Now called the Lola graphite deposit, the project covers the largest surface graphite mineralization in the world. The company also owns a nickel-cobalt deposit off covering 1.96 square-kilometers near the borders of Cote d’Ivoire and Liberia, 5km away from its Lola graphite deposit.

As a poor nation with a troubled past, Guinea is looking to its massive in-ground riches as its best hope for development and future prosperity. The government’s willingness to cooperate with international institutions and the private sector is going a long way towards attracting the international companies capable of aiding the development of a successful and responsible mining industry of Guinea.