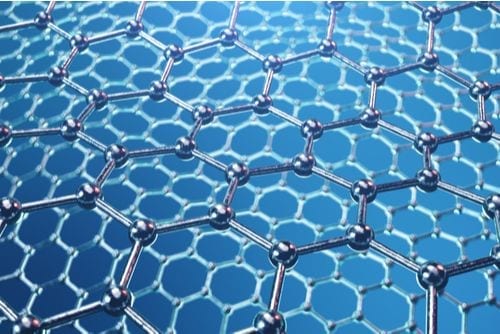 Recent developments in the graphene industry have enabled new means of manufacturing the material for a number of industrial uses.

For nearly two decades, graphene has been heralded as a material with the potential to revolutionize countless industries and technologies.

The ultra-thin, ultra-light, ultra-strong material has been hyped for its potential to enable everything from previously impossibly efficient energy technologies to remarkably precise biomedical technologies. Technology companies and manufacturers have spent years dreaming about what they can accomplish with graphene. The challenge now is getting the material into the hands of those innovators in a way that is efficient and cost-effective.

While graphene has yet to be adopted on a large scale, the graphene market is growing at a 38 percent compound annual growth rate (CAGR) according to Grandview Market Research. As the industry continues to grow, new low-cost manufacturing methods could be key to bringing graphene to its full potential. Modular graphene manufacturing cuts out the middleman and allows companies to produce as much or as little graphene as needed on-site, allowing companies to manage their own graphene needs. In a market in search of creative solutions, modular graphene manufacturing could make the material more accessible than ever.

Graphene and its potential

Derived from graphite, a layer of graphene is essentially a sheet of pure carbon that is exactly one atom thick. Graphene’s carbon atoms form a densely packed hexagonal lattice with each atom bonded to its neighbors through sigma bonds, the strongest type of covalent chemical bond. This structure makes graphene 200 times stronger than steel at 0.00004 percent the weight of aluminum. Graphene’s discoverers were awarded the Nobel Prize in physics in 2010. The Nobel announcement famously illustrated graphene’s properties by pointing out that a one square meter hammock made of graphene could support a 4-kilogram cat but would weigh only about as much as one of that cat’s whiskers at 0.77 milligrams. On top of all that, graphene is a better conductor than copper.

One does not need to be a physicist or an engineer to understand that the potential applications of a material like graphene could revolutionize major industries. The automotive and aerospace industries can make use of its lightweight and strength to build safer, faster and more fuel-efficient vehicles. Its conductivity can also be used to build incredibly cost-effective and long-lasting energy storage solutions for the renewable energy market. Due to its unique properties, graphene has the potential to be used in flexible LCD screens, drug delivery systems, 3d printing, solar panels, protective fabric and much more.

The economical production and distribution of graphene are two of the largest hurdles in the way of industrial-scale adoption and widespread investment in the industry. Currently, the most common method used to produce graphene is called chemical vapor deposition. This process involves forming a layer of graphene on a substrate surface such as a layer of copper foil and using a mix of gasses to produce a synthetic form of graphene. The substrate is then dissolved using acids. This process results in high-quality graphene but its use of ancillary, expended materials can make the process expensive. Additionally, it can be difficult to create a uniform layer of graphene using this method and the introduction of harmful acids can damage the molecular structure, compromising its strength and conductivity.

Chemical vapor deposition is an expensive process. The cost combined with the fact that graphene is not yet widely used has lead graphene producers to manufacture the material in relatively small volumes. The result is a product sold at very high mark-ups. Additionally, not all graphene is equal and for certain applications, only the highest quality graphene will suffice. For example, graphene oxide is relatively inexpensive and can be used as a strong, durable material for certain applications like manufacturing automotive parts. Pure conductive graphene, however, is needed for products such as batteries, flexible touch screens and other optoelectronic applications. The vast majority of production in today’s market is focused on the highest quality graphene, further contributing to high prices.

“The majority of the market is focused on synthetic graphene. These products are made using harsh chemicals that require special equipment and facilities for handling chemicals and processing,” said David Robles, GrapheneCA head of Business Development.

Modular graphene manufacturing could provide a more efficient and cost-effective means to create graphene supply for technology and manufacturing companies. GrapheneCA’s unique modular graphene system allows companies to have access to the output of our mobile graphene factories which can be easily shipped and set up on-site which can be easily shipped and set up on-site. Once connected to water and energy sources, the system can produce graphene from locally derived graphite. This method can provide the client with made-to-specification graphene free from manufacturer mark-ups, shipping costs or logistical hurdles. Companies using this system are expected to be able to produce the exact amount of graphene as needed and without the risk of degradation during shipping.

Modular graphene offers an advantage in terms of environmental sustainability over other methods because the system does not use chemicals or high power to separate graphene from a substrate material at 97-100 percent conversion rates. Also, GrapheneCA doesn’t have toxic byproducts to dispose of. This allows modular graphene manufacturing units to operate as a ‘closed-loop system’ without the need to dispose of expended chemicals. According to GrapheneCA, the company’s systems require only 3,000 kilovolts per hour to operate which is, on average, significantly lower than the power required by some other graphene manufacturing facilities.

“Our technology allows for the sustainable creation of graphene because we don’t use heavy industrial and high-toxic chemicals as part of our process. Not that there’s a shortage of these chemicals, but there’s no shortage of graphite as a mineral resource on earth. In fact, it’s almost as abundant as water. When we don’t have any of these toxic concerns to deal with, we don’t have to worry about reprocessing the chemicals or properly disposing of them. Our closed-loop and chemical-free system allow us to use regional resources and labor,” says Robles.

Graphene’s unique properties have the potential to change major industries. Innovative production methods including modular manufacturing could be the key to providing companies with affordable, industrial-scale supplies of graphene.