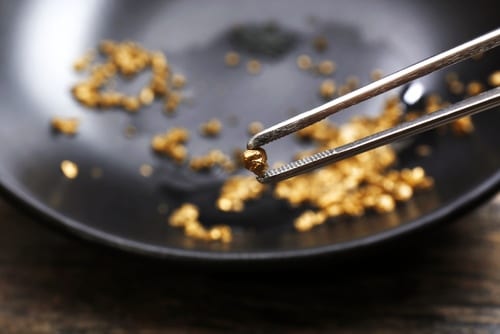 The Dominican Republic mining industry is emerging thanks to the growth of the gold exploration activity on the island.

Hotbeds of volcanic island arc terrain can represent some of the most favorable geology for hosting world-class deposits of both precious metals and base metals. The Greater Antilles islands, although underexplored, are known to host some of the world’s most significant resources of gold, silver, copper, nickel and zinc. This group of islands lies in the Caribbean Sea and includes Cuba, Hispaniola, Puerto Rico and Jamaica.

The island of Hispaniola is divided into the nations of Haiti in the west and the Dominican Republic in the East. Like most islands, the terrain of Hispaniola was formed by intense volcanic and seismic activity, bringing rich mineralization systems to the surface from deep in the earth. The Dominican Republic itself has the Greater Antilles’ largest mineral deposits which include gold, silver, copper, zinc and nickel. Major mining companies have been investing in this Caribbean nation’s mineral wealth for decades, and recent gold discoveries are drawing further players to the country’s growing mining industry.

Some of the world’s biggest miners have set up shop in the Dominican Republic. Global major Glencore (LSE:GLEN) operated the Falcondo ferronickel mine in the central Dominican Republic from 1971 until it sold the mine to American Nickel Limited in 2015. Over the past decade, it has been the country’s gold resources that have brought in the big players. The world’s top two gold miners Barrick Gold (TSX:ABX,NYSE:GOLD) and Newmont Goldcorp (TSX:NGT,NYSE:NEM) have invested an estimated US$5.2 billion in their joint venture Pueblo Viejo gold-silver-copper mine, representing 20 percent of the total foreign direct investment in the Dominican Republic during that time period.

One of the world’s largest gold mines by production, Pueblo Viejo commenced operations in 2012. Since then it has accounted for 30 percent of the Dominican Republic’s exports, generating a total net added value of US$8.5 billion or 2 percent of the country’s GDP. The mine has proven and probable gold reserves totalling 6.55 million ounces in addition to resources totalling 8 million gold ounces in the measured and indicated category and 2.2 million gold ounces in the inferred category. In 2018, Pueblo Viejo produced 581,000 ounces of gold. Barrick is working to complete a feasibility study by 2020 that will look at expanding production capacity at the processing plant by 50 percent at an initial capital investment of US$1 billion.

The same year that Pueblo Viejo began production, GoldQuest Mining (TSXV:GQC,FWB:M1W) made a multi-million-ounce gold-copper discovery. On the back of the discovery announcement, GoldQuest’s share price rocketed from C$0.06 to nearly C$2.00 in just three months in 2012. Located in the country’s emerging Tireo gold-copper belt, the Romero deposit presents a new style of mineralization on the island characterized by thick intervals of gold and copper. GoldQuest has identified more than 7 million metric tons of gold equivalent grading 4.9 percent grams per metric ton in total probable mineral reserves plus an additional resource estimate of 23 million metric tons with the majority in the indicated category. In 2017, Agnico Eagle Mines (NYSE:AEM,TSX:AEM) invested more than C$22 million in GoldQuest to become the company’s largest shareholder.

The success of major companies like Barrick and Newmont Goldcorp and the excitement surrounding GoldQuest’s epic discovery are helping to attract further investment in the region by junior resource companies who have begun to explore and develop projects in the Dominican Republic. “Highly prospective geological environments are often far too risky for major miners as they prefer the long-term certainty of stable jurisdictions. The fact that companies like Barrick and Newmont and other mid-tier companies are operating projects in the Dominican Republic indicates a high level of comfort with the jurisdiction,” Jeffrey Wilson, President and CEO of Precipitate Gold (TSXV:PRG), told the Investing News Network. “GoldQuest’s success is evidence that new discoveries can be made in this jurisdiction. These are great incentives for investing in exploration in the country.”

This INNspired article brought to you by:

Precipitate Gold Corp. (TSXV:PRG) is a mineral exploration company that is advancing its Pueblo Grande and Juan de Herrera gold projects in the Dominican RepublicSend me an Investor Kit

Precipitate Gold’s first investment in the Dominican Republic included the acquisition of the Juan de Herrera project in the Tireo gold-copper belt adjacent to GoldQuest’s Romero discovery. More recently, Precipitate acquired its flagship Pueblo Grande project, which is immediately adjacent to Barrick’s Pueblo Viejo mine. With funding and permitting in place, the company is planning a near-term drill campaign aimed at eight distinct drill target areas on the Pueblo Grande project.

Another junior in the Dominican Republic, Unigold (TSXV:UGD), has found what this jurisdiction has to offer at its Neita concessions. Since 2012, the company has invested more than C$20 million on exploration resulting in a 2 million ounce inferred gold resource for the Candelones deposit. Unigold is working to increase that mineral resource estimate in both geological confidence and size with its 2019-2020 drill campaign. The company’s strategic shareholders include Eric Sprott, Osisko Gold Royalties and Rob McEwen’s Evanchan, representing another strong testament to the potential opportunities in the Dominican Republic’s mining sector. As resource companies continue to make discoveries in the region, there is the possibility for more partnerships and strategic investments to optimize operations in the jurisdiction.

The Dominican Republic’s favorable geological environment is not its only attractive attribute. As the largest economy in the Caribbean, the country has excellent infrastructure, including eight major highways and nine active international seaports. In the past decade, the government has invested in improving the nationwide road infrastructure further into the interior. According to the World Economic Forum’s Global Competitiveness Report 2019, the Dominican Republic’s transport infrastructure ranked number one in the Latin America and Caribbean region and 37th out of the 141 countries profiled globally.

The Dominican Republic is also on track to have one of the highest increases in GDP for 2019 in the region. The International Monetary Fund is predicting 5 percent growth in the country’s GDP for 2019, which would represent 16 consecutive years of economic growth. According to The World Bank, “(T)he Dominican Republic has enjoyed strong economic growth in recent years, averaging 5.3 percent annually between 1993 and 2018, one of the fastest rates in the Latin American and the Caribbean (LAC) region. The pace accelerated to an average of 6.3 percent per year between 2014 and 2018 — and 7 percent in 2018, fueled by robust domestic demand. It was the fastest-growing LAC economy over that five-year period.”

The Dominican Republic’s strong economic growth, excellent infrastructure and favorable geology are all attractive features for both major mining firms and junior exploration companies. The success of companies like Barrick and GoldQuest highlights the significant potential for opportunity in the Caribbean nation’s growing mining sector.

The information contained here is for information purposes only and is not to be construed as an offer or solicitation for the sale or purchase of securities. Readers should conduct their own research for all information publicly available concerning the company. Prior to making any investment decision, it is recommended that readers consult directly with Precipitate Gold and seek advice from a qualified investment advisor.