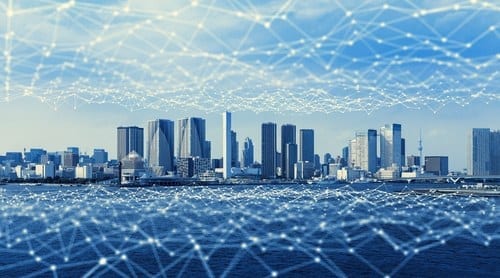 Companies around the globe are looking to the internet in underdeveloped countries as a means of closing the rural broadband gap.

In just a few decades, the internet has radically changed the way we live our lives. Many of us do not remember a time before widespread internet access, and it has become hard to imagine life without it. The internet has become the cornerstone of modern culture, commerce, communication and more. It’s a key tool for millions of jobs and has become integral to modern, everyday life.

Despite the rapid development of online communications, there are more than 3 billion people around the world who still do not have access to a reliable internet connection. Of those, more than 1 billion people also lack cellular connectivity. In the modern world, internet access is not a luxury; it is an essential tool necessary to improve one’s quality of life. The vast majority of people going without reliable internet connectivity live in rural areas. This has largely been due to the technical limitations and challenges associated with developing the necessary infrastructure in an economic manner.

Times are changing, however, and technology companies are well aware that those without quality internet access represent an underserved market of consumers, which presents a business opportunity. Low cost connectivity solutions have the potential to break down economic barriers, leveling the playing field for underserved consumers. For internet service providers, the business of connectivity is no longer just a charitable endeavor, but a profitable one.

According to We Are Social’s special report on global internet use, over 3 billion people around the world still remain without internet access. In terms of internet adoption, developing countries remain significantly behind regions like North America and Northern Europe where usage rates are as high as 95 percent. Historically, the cost for service providers to implement internet infrastructure in developing agrarian communities has vastly outweighed the potential return on investment. Additionally, rural areas in the developing world commonly lack the electrical systems necessary to support internet connectivity, making the investment required for development ever more daunting.

Despite these challenges, it is clear that internet access can have a huge impact on the wellbeing of these communities by providing access to education, employment opportunities and communication with the outside world.

Lack of internet access is a global problem. According to data from the Federal Communications Commission, as many as 19 million Americans still lack reliable internet access. In Canada, approximately 18 percent of residents lack similar connectivity. In response to this problem, the Canadian Radio-television and Telecommunications Commission has declared internet access of at least 50 megabits per second to be an essential service, though the commission estimates that it could take as long as 15 years to provide that service to all Canadians.

The reasons for the lack of internet access in the west are similar to those holding back internet infrastructure in the developing world, with service providers seeing little opportunity for return on their investment when it comes to setting up infrastructure in remote communities. Also like those in the developing world, communities without internet access are isolated from their urban neighbors, denying rural citizens the economic opportunities they deserve.

The demand for connectivity is obvious, which is why companies have begun to develop cost-effective internet infrastructure solutions. Governments at all levels in Canada and the US are working to provide incentives for investment in internet infrastructure development such as grants, cost-sharing programs and tax breaks. The goal of measures like these is to subsidize infrastructure development in smaller remote markets to the point that it becomes a viable business opportunity.

Companies working to connect the unconnected

For underserved communities to finally see the benefits of reliable internet access, companies need to first see the investment value. Government support helps on that front, but the most important factor will be the development of cost-efficient infrastructure solutions that change the economics of rural internet providers. Fortunately, a number of large and small companies around the world have begun to recognize the opportunity in closing the rural broadband gap.

NuRAN Wireless (CSE:NUR,OTC Pink:NRRWF,FWB:1RN) has set up 8,000 indoor and outdoor networks for communities on five different continents, working with major network operators like Orange (EPA:ORA), MTN, Airtel and Vodafone (NASDAQ:VOD) to bring connectivity to thousands of remote communities. The company specializes in the deployment of cost-effective mobile and broadband infrastructure designed specifically for the needs of large remote rural areas.

Through the company’s partnership with the Telecom Infra Project (TIP), NuRAN has been working with other telecom-focused companies to engineer solutions to bring down the cost of rural internet infrastructure. TIP is a non-profit collaboration of more than 500 telecom and technology companies from all around the world that is working towards the common goal of enabling internet access across the globe.

As part of TIP’s OpenCellular project, NuRAN has developed the OC-2G and OC-LTE base stations, which provide low-cost voice and data connectivity as well as 4G accessibility to small, remote communities. One of the largest backers behind TIP is social media giant Facebook (NASDAQ:FB). Facebook has been actively involved in other efforts to bring internet access to the developing world as well. For example, the company has partnered with Indian telecom company Bharti Airtel to provide 20,000 internet access points throughout India.

Companies are beginning to find a niche in providing internet service to underserved communities around the world. US-based Mojo Networks has partnered with Indian mobile network operator Reliance Jio to provide affordable Wi-Fi hotspots in India. In the US, with the support of the Federal Communications Commission, thousands of small companies are popping up to provide fixed wireless broadband access to underserved American rural communities.

The 21st century has seen the rise of the internet as a ubiquitous part of everyday life, and over the next few years, remote rural communities are expected to join the world wide web. In the process, these communities will unlock new opportunities for development, education and employment. Until now, the cost of development has created a hurdle on the road to closing the rural broadband gap, but as affordable solutions become more viable this hurdle could present a unique opportunity.

Esports Investing: The Next Big Thing?
Investing in Blockchain ETFs
Alex Tapscott: Blockchain Interest Rising Beyond Hype
What is Fintech?