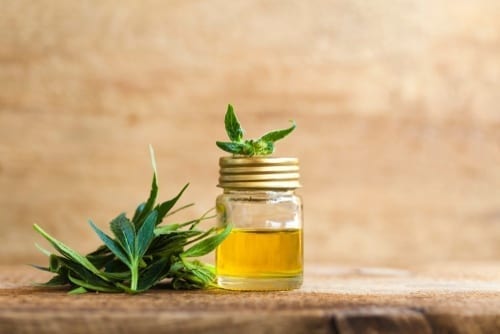 As Canada rolls out cannabis laws and regulations, cannabis businesses are plan accordingly.

The process of legalizing cannabis in Canada has been long, complicated and drawn out, and that process will not be over when the Cannabis Act comes into effect on October 17, 2018.

Over the past several months, we’ve watched Justin Trudeau’s Liberal government, along with each province and territory, begin to lay the down the groundwork for how a product that was previously criminalized should be legally produced, distributed and sold.

In recent months, we’ve had a glimpse of what the federal and provincial regulatory frameworks are going to look like on legalization day. Business leaders in the nascent cannabis industry have been watching the process closely, knowing that the way they strategize their businesses to work optimally with these regulations will make all the difference for their success.

GreenTec Holdings (TSXV:GTEC) is a Canadian company with a multi-pronged approach to entering the premium cannabis market with a diverse range of products.Send me an Investor Kit

Complicating matters is the fact that even after the first truly legal sales take place, provincial regulations will still be subject to change or outright overhaul as legislators have the chance to observe the effects of their regulations in practice. Provincial legislators including BC Premier John Horgan have expressed this possibility.

“This is not something that is going to end with the introduction and passage of legislation, but rather is going to be an ongoing evolutionary issue for quite some time to come,” BC Solicitor General Mike Farnworth told the press in April 2018.

The builders of cannabis brands know that they need to be prepared to not just work with the regulations as they are, but also to roll with future changes.

The process so far

The election of Trudeau’s Liberal Party to a majority mandate in 2015 kicked off the process of building a legitimate recreational/medical cannabis industry. The party had run on a platform that involved a public health approach to cannabis regulation. Trudeau’s comments on the matter both before and after the election centered around keeping the product safe and out of the hands of underage users. For the feds, the two-year long process involved creating regulations for production, branding, advertising, while the job of legislating distribution and sales fell to the provinces.

On the federal front, branding regulations present some of the biggest challenges for licensed producers (LPs). The feds have imposed heavy restrictions on cannabis packaging: all cannabis packaging must be limited to a single uniform colour; fonts must be standard; and graphics beyond a brand logo are not allowed. The federal government has also restricted the use of fictional characters or celebrity endorsements in cannabis branding. The goal of these measures is to prohibit LPs from using lifestyle associations to sell their brands.

On the provincial level, some provinces are more restrictive than others. In a general sense, the eastern provinces, particularly Ontario and Quebec, have the most restrictive sales and distribution schemes. These provinces are characterized by a monopoly system based on government distribution and complemented by a limited number of government operated retail outlets. These decisions are particularly limiting to producers that have plans for vertical integration. Western provinces like Alberta and BC, however, have opened up sales and distribution for free enterprise, allowing private ownership of cannabis retail stores.

That’s not to say the western provinces have taken an entirely open market approach. Manitoba has only opened the retail cannabis market to a limited number of private companies while Saskatchewan used a lottery system to decide who gets into its retail network. Even BC has proposed some significant barriers that will make vertical integration difficult.

The changes to regulatory policy that occur after legalization day could be a mixed bag for LPs. The election of Doug Ford’s Progressive Conservatives in Ontario has given LPs reason to hope for a reversal of the province’s public-only retail policy in the near future. Should this occur, the door could be open for private companies in Canada’s largest market. The biggest post-legalization threat for cannabis companies is the possibility of tax hikes, as governments look to increase tax revenues over the coming months and years and may see see little political risk in increasing ‘sin taxes’.

LPs work with the framework

Despite the challenges, there’s no reason cannabis producers can’t roll with the restrictions to great effect.

Over the past few months, one of the biggest challenges for cannabis companies has been the uncertainty presented by the provincial governments. According to Bruce Linton, founder of Canadian cannabis giant Canopy Growth (TSX:WEED,NYSE:CGC), the solution for producers has been to design their distribution systems for maximum flexibility. This approach makes distribution systems more complex, but mitigates the risk of regulatory roadblocks after legalization.

In large part due to the restrictions posed by provinces like Quebec and Ontario, licensed producer GreenTec Holdings (TSXV:GTEC,OTCMKTS:GGTTF), for instance, has opted to focus its production and retail initiatives on the western provinces. The company sees superior opportunities in the Alberta and Saskatchewan for a vertically integrated approach to the cannabis business through private sector participation in the cannabis retail space.

GreenTec is developing a significant retail presence in BC, Alberta and Saskatchewan. Although currently BC does not allow vertical integration, GreenTec still believes that building a strong retail presence within its hometown province will still pave the way for exposure into the retail segment. This is a strategy that would be far more difficult, if not impossible, to successfully manage in provinces where the government holds the monopoly on cannabis retail, such as Ontario previously, which recently announced they will be looking to privatize the system.

“In simple terms, any policy changes that liberalize cannabis sales and distribution represent opportunities for LP’s such as GreenTec. Conversely, any policy changes that tighten regulations (or increase taxation) represent a threat to LPs,” GreenTec Chief Operating Officer David Lynn told INN. “Realistically, there is probably more upside than downside, as the overall regulatory environment is more likely to be liberalized over time.”

What Canada is undertaking with cannabis legalization is a process that has happened few times throughout history. To take a product that was criminalized and relegated to black markets and build a comprehensive regulatory framework from scratch within the span of two short years is no easy task. It’s also no easy task to build a strategic model for a business within that framework while the rules are still being written. For the cannabis companies working with the federal and provincial governments to carve out their places in what will certainly be a massive market, however, the opportunity is well worth the challenge.

This INNspired article is sponsored by GreenTec Holdings (TSXV:GTEC,OTCMKTS:GGTTF). This article was written according to INN editorial standards to educate investors.