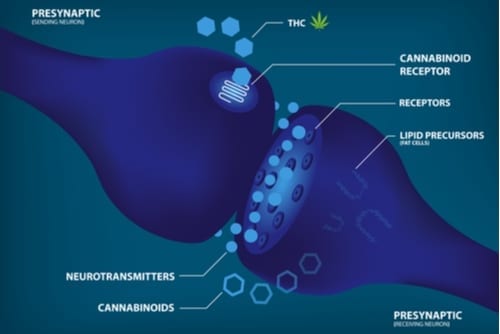 An increase in research surrounding the medical potential of new cannabinoids has the potential to revolutionize medical cannabis.

The legalization of cannabis is enabling additional research regarding cannabinoids and the medical potential of cannabis compounds.

The popularization of cannabidiol (CBD) has been a revolution for the cannabis industry. Researchers have known for decades that the cannabis plant offers a vast plethora of different compounds. In the 2010s, CBD became used as a treatment to change the lives of children suffering from devastating illnesses when many other treatments had failed. After the remarkable success of these treatments in highly exposed cases like that of Charlotte Figi, the treatment became recognized as a viable option. The resulting media attention introduced the average consumer to a previously unknown compound and a world of possibility for cannabis medicine. Since then CBD has changed the face of cannabis in the minds of the public and created the fastest-growing segment of the cannabis industry.

CBD’s medical benefits have caused researchers to explore hundreds of lesser-known cannabinoids that have hardly been researched. The vast majority of consumers can only name two cannabinoids, tetrahydrocannabinol (THC) and CBD, but that could soon change. There are currently four other cannabinoids that could soon see mainstream attention, each with the potential to revolutionize the cannabis landscape, just as CBD has done before.

Cannabis legalization has set the stage for a period of unprecedented innovation. Cannabis was kept out of the hands of researchers during the pre-legalization era, creating a massive gap in our understanding of the utilities of the thousands of different compounds in the plant. Now that the barriers have been removed, researchers are making up for lost time. This process could create massive opportunities for cannabis product innovation as researchers develop new medical applications for less-common cannabinoids.

“As more research comes out, there will be a lot of great discoveries we feel that will help pave a path for innovation and product development,” Corey Mangold, CEO and Director of cannabis company Orchid Ventures (CSE:ORCD) told INN. “Orchid Essentials is continually engaging with research entities throughout the world to make sure it’s first to know of these findings so they are able to innovate and stay ahead of the curve.”

Among the most interesting of the lesser-known cannabinoids is tetrahydrocannabivarin (THC-V). As its name implies, THC-V’s molecular structure is very similar to that of its cousin THC. THC-V is thought to produce a similar characteristic psychoactive high to that of THC by binding with CB1 receptors that interact directly with the brain. However, THC-V lacks just a few of the carbon atoms found in THC, and that small difference has a significant impact on how THC-V interacts with the endocannabinoid system. Unlike THC, THC-V does not stimulate appetite and may actually act as an appetite suppressant. This “anti-munchies” effect means that there’s potential for THC-V in the weight loss space. More importantly, THC-V could help regulate blood sugar levels, signaling its potential as a diabetes treatment. Other data suggests that THC-V could help treat tremors, brain lesions and other debilitating symptoms of Alzheimer’s disease. While THC without balancing levels of CBD is known to cause anxiety and panic attacks in some users, THC-V could actually reduce stress and anxiety, making it useful for treating post-traumatic stress disorder and other anxiety disorders.

Cannabigerol (CBG) is a non-psychoactive cannabinoid that is actually the precursor to both THC and CBD, meaning that both these cannabinoids begin life as CBG. CBG is only present in the cannabis plant in extremely small concentrations; however, in higher amounts, it could potentially be the most medically useful of all known cannabinoids. CBG has shown the potential to reduce intraocular pressure, making it an effective treatment for glaucoma. Lab tests on mice have revealed the potential for CBG to treat Huntington’s disease and symptoms of inflammatory bowel disease. Another study conducted on mice suggests that CBG could be used to slow the spread of colon cancer. Other studies have highlighted CBG’s potential as an antibacterial agent to treat skin infections, an appetite stimulant, and as a treatment for bladder dysfunction.

Cannabichromene (CBC) is another non-psychoactive cannabinoid with enormous medical potential. CBC’s utility is mostly seen in conjunction with other cannabinoids due to the entourage effect. CBG is thought to work with CBD to more effectively relieve pain and inflammation. It’s anti-inflammatory properties also point to potential as a treatment for severe acne. Along with THC and CBD, CBC is also thought to be an important component in cannabis-based treatments for depression.

Of these cannabinoids, cannabinol (CBN) is likely the least researched at this point. Like CBC, most of CBN’s known utilities are part of the entourage effect when used with other cannabinoids. CBN is thought to be an important part of cannabis’ sedative effect, making CBN an interesting area of study for cannabis-based sleep aids. Research has also shown CBN has highly effective antibacterial properties as well as anti-pain and inflammation properties.

As more becomes known about various cannabinoids, product developers have the opportunity to formulate new strains and products designed to better treat specific conditions and ailments. Cannabis companies are keeping a close eye on these developments and developing products that take full advantage of these cannabinoids.

“We approach product development with a great deal of experience, which allows us to identify potential wins and not chase shiny balls. We develop products with best-in-class process and quality control standards, and rely on factual evidence to determine efficacy and safety,” said Mangold. “Our Innovation Team is a core department in our company that helps drive not only product development, but the future roadmap as it pertains to our consumable products.”

Understanding THC and CBD is only the beginning of the process of unlocking the potential of cannabis. THC-V, CBG, CBC and CBN could be the next frontiers of cannabis innovation, creating new possibilities to develop products that could be massively beneficial to mainstream cannabis consumers.

This article was originally published by the Investing News Network in September 2019.