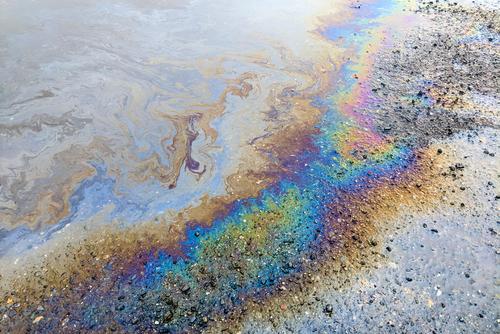 Biotechnology may play a key role in the future of environmental remediation in the mining industry.

The increasing push toward sustainable mining practices in Canada will see more and more former mine sites slated for environmental remediation in the mining industry.

Once the largest open-pit lead–zinc mine in the world, the Faro mine in South-Central Yukon was abandoned 21 years ago and now hosts 70 million tonnes of tailings and 320 million tonnes of waste rock containing heavy metals and acids.

In addition to Faro, other former Yukon mine sites in need of remediation include Mount Nansen, Clinton Creek, Ketza River and Keno Hill. So far, Keno Hill is the first former mine site in the Yukon to have a formal environmental remediation plan submitted for regulatory approval.

What is environmental remediation?

Mining creates a lot of hazardous waste, which is often collected in tailings ponds and dams. Around the world, tailings from long-shuttered mines have left local communities with unaddressed environmental challenges.

Environmental remediation is the process of treating or removing the sources of contaminants from a former mine site to protect human health and the environment. Remediation projects can include the treatment or removal of soil, sediments, groundwater or surface water; the demolition and removal of infrastructure; the upgrading of dams to protect against tailings spills; engineered soil coverings for tailings ponds and waste rock piles; and water treatment system upgrades to keep contaminated water out of the local watersheds.

In Canada, the remediation of an abandoned mine is the financial responsibility of the federal government if the mine was permitted prior to 2003. Those that received permits after 2003 are the responsibility of the provincial or territorial government. Before remediation activities can begin at a mine site, a remediation plan must be submitted for regulatory approval. The plans are the product of comprehensive research and considerable consultation with affected communities, including first nations. Through bidding concessions, governments may award contracts to environmental remediation service companies to formulate and carry out mine site remediation plans.

Sometimes the most complex challenges are overcome with the most surprising solutions. Speaking at the Modern Mining and Technology Sudbury Week in April 2019, microbiologist Nadia Mykytczuk explained that mine pits and tailings ponds play host to their own unique ecosystems. The microbes that inhabit those ecosystems may have the power to rehabilitate the mine site. The process is known as bioremediation and is being tested as a possible solution to environmental challenges in the mining industry.

Another benefit of this biotechnology is the potential economic recovery of metals. “If we can harness those organisms and make them work for us, they are effectively leaching the leftover metals that we didn’t 100 percent extract through our traditional processing,” said Mykytczuk. She is currently researching the role of microbes in metals recovery at the Long Lake mining project in Sudbury, Ontario. These particular microbes feed on arsenic, cleaning up the mine site while at the same time recovering leftover gold resources. If this process can prove successful at a larger scale, it could reduce both the environmental and financial liabilities for mining projects.

While the existing bioremediation projects in the mining sector remain exploratory, the results so far have warranted the establishment of the Center of Mine Waste Biotechnology in Northern Ontario.

One of the key challenges to the widespread adoption of bioremediation technology in the mining sector is how well it can be adapted to colder climates.

As part of the remediation plan at the former Silver King mine site in Yukon’s Keno Hill silver district, Alexco Environmental Group (AEG), a subsidiary of Vancouver-based mining company Alexco Resource (TSX:AXU,NYSE:AXU), is pilot testing the use of naturally occurring bacteria present in the mine shaft to oxidize contaminants into more stable forms. These are very well-understood and simple biological processes, identified and studied more than 30 years ago in Norway and Sweden, and more recently in North America.

In 2018, AEG earned C$19.9 million in revenue from its various remediation projects and used some of those funds to acquire Saskatoon-based Contango Strategies, which specializes in biological water treatment systems for mining, industrial operations and oil and gas. Contango runs an in-house DNA sequencing facility as well as microbiology facilities for identifying the most appropriate microbes for a wide range of applications in environmental remediation.

Part of the bioremediation process at Keno Hill involves injecting dissolved organic carbons such as alcohol or molasses (i.e. sugars) into a purposefully flooded mine shaft. Simultaneously, a pump in a recirculation well helps to distribute the sugars throughout the mine. The mine is then sealed to prevent oxygen from entering the system and allow the bacteria a favorable environment in which to grow. The bacteria colony then gets to work converting the dissolved sulfate by-products present in this water into soluble elemental sulfur, which in turn bonds with dissolved metals such as zinc and cadmium to form stable sulfide minerals, the form in which the metals occurred in nature.

“When sulfides bond with these metals, it creates stable solid particles known as precipitates that will settle out of the water to the bottom of the mine pool as sediment. In this way, a considerable percentage of the cadmium and zinc in the mine pool water are removed from the water and kept in a stable form within the mine,” Linda Broughton, vice president of technical services for AEG, explained to Yukon News via email.

First opened in 1913, the Silver King silver-lead mine at Keno Hill was abandoned by its previous owner, leaving the federal government responsible for cleaning up the environmental hazards left behind. When Alexco Resource acquired the mineral rights to the Keno Hill property in 2006, the company also entered into a cost-sharing arrangement with the federal government, the first and only private-public partnership in a reclamation initiative for a former mine site.

In September 2018, Keno Hill became the first of the historic but abandoned Yukon mine sites to have a formal remediation plan submitted for regulatory approval to the Yukon Environmental and Socio-economic Assessment Board. The remediation plan involves much more than the bioremediation pilot program; it includes physical reclamation and closure to stabilize structures, to remove the “sources” of adverse impacts to water quality and the environment and to consolidate tailings to remove the water-retaining dam structures. Through its cost-sharing arrangement with Alexco, the Canadian government is expected to finance C$111.5 million in remediation activities at the Keno Hill district.

Outside of the reclamation of the former Keno Hill operations, Alexco Resource is exploring and developing the district’s potential for further silver production and has already established a processing mill on the property. A prefeasibility study published on March 28, 2019, outlines a mineable resource for four deposits totaling 1,177,379 tonnes at an average of 804 g/t silver, 2.98 percent lead, 4.13 percent zinc and 0.34 g/t gold. The prefeasibility study highlights an after-tax NPV of C$101.3 million at a 5 percent discount rate, and an after-tax IRR of 74 percent at an assumed average life of mine all-in sustaining cost of US$11.98 per contained ounce of silver at today’s metal prices. Once Keno Hill is in production again, Alexco is expected to be Canada’s only primary silver producer.

This structure of a public-private partnership is becoming a model to advance the reclamation of abandoned mine sites. The partnerships allow the Canadian government to work with the purchaser to oversee and fund the remediation project.

In May 2019, AEG and a joint venture partner, JDS Energy and Mining, were awarded the right to purchase the abandoned Mount Nansen mine site in the Yukon from the Government of Canada. The project, located in in the traditional territory of the Little Salmon/Carmacks First Nation, is subject to regulatory approvals, including the obtainment of a water license.

As described by the Government of Canada in its May 6 press release, “This sale is the product of many years of collaborative work among the Government of Canada, the Yukon government, the Little Salmon/Carmacks First Nation and PricewaterhouseCoopers as the court-appointed receiver for the former owner of the mine. The sales agreement is a significant step towards the remediation of the site and ensuring the clean-up will benefit Yukoners and First Nations.”

Mining has historically been an environmentally messy business with local communities bearing the brunt of that impact. As we move further into the 21st century, local communities are having a much bigger say in permitting new mining projects. Past disasters and the risks posed to human health and the surrounding ecosystems are often cited amongst a community’s greatest trepidations for greenlighting new mines. By mitigating these environmental risks, today’s advances in environmental remediation may have significant value, not only to past mining operations but tomorrow’s mining industry as well.

This article was originally published on the Investing News Network in June 2019.

This INNspired article was written according to INN editorial standards to educate investors.