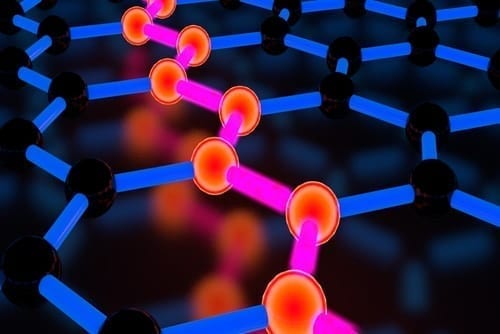 The move comes soon after Talga and BillerudKorsnäs announced a partnership to explore the potential benefits of graphene in packaging.

Talga, an advanced materials technology company based in Australia, said that the agreement between the companies and the development of the product coulƒd lead to commercialization of the technology in areas like healthcare and coating.

As per the terms of the agreement Biomer would design and combine its thermoplastics polyurethane (TPU) with graphene from Talga (Talphene) for its evaluation in biomaterials and industrial coating amongst other applications.

Further, existing clients of Biomer, a technology and a polymer manufacturer company could potentially assist in the commercialisation of the product.

“We look forward to working with Biomer through the JDA to incorporate Talphene into Biomer products with a view to enhancing people’s lives through advanced biomedical healthcare products, reducing eco-impacts of ship coatings in the marine environment and improvements to many other polyurethane based products,” Mark Thompson, managing director of Talga, said in the release.

The companies said the benefits of implementing Talphene into Biomer’s TPU would boost a number of the product’s aspects, including chemical resistance, wear and abrasion resistance, mechanical strength and electrical conductivity.

The JDA also includes an option of five years of exclusive supply of Talphene should the end product be commercialised.

While the companies would evaluate Talphene enhanced TPU along with Biomer’s existing TPU, it is estimated that that the market size of TPU could exceed 21.7 million tonnes by  2021. In terms of market value, a Global Market Insights report said that number could be US$57.8 billion in 2023.

“Understanding the technological capabilities for graphene is fundamental to unlocking the potential for this material,” Simon Dixon, managing director of Biomer, said in the release. “We look forward to working with Talga’s research team in Cambridge and its unique functionalized graphene formulations which, through the JDA, will provide the ideal platform to realise these opportunities.”

The move is part of Talga’s commercialisation strategy of its graphene and comes following the company’s announced partnership with BillerudKorsnäs to explore potential benefits of graphene in packaging applications.

Following Tuesday’s announcement, shares of Talga Resources were up 8.93 percent and closed the trading session on Tuesday at AU$0.61. Talga has a “Buy” ranking on TradingView with 12 verticals in favor, nine in neutral and five against.

See our exclusive index of Graphene companies on the move
EXPLORE