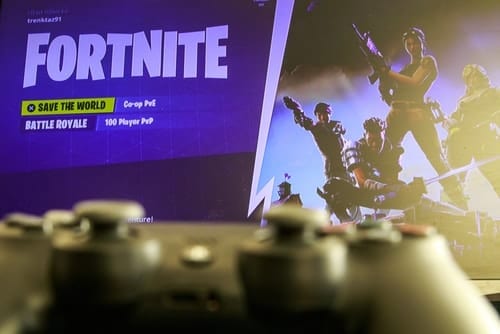 SuperData reports that in March consumers spent US$8.7 billion across multiple platforms, including PC, mobile and console.

Despite an increase in competition, “Fortnite” has continued to hold its position in the gaming space. The latest report from SuperData suggests that revenues for “Fortnite” spiked by 7 percent on a year-over-year basis in March.

However, the report, published on Tuesday (April 23), highlights that “Fortnite” will face heat from its competitors in the coming months as the game may not showcase the same growth as it did in 2018.

Developed by Epic Games, “Fortnite” is a highly popular game, with Netflix (NASDAQ:NFLX) stating that it has lost out to “Fortnite” in terms of consumer screen time.

“Fortnite” commenced its beta in March 2018, and SuperData notes that the figures for March 2019 represent the first year-over-year comparison for the game.

In the overall digital games market, SuperData reports that in March consumers spent US$8.7 billion on games across PC, mobile and console platforms.

The data represents a 3 percent decline from the prior year, with PC spending down 23 percent and mobile spending down 2 percent. The mobile segment accounts for 56 percent of total revenue in the digital games market space.

“Growth in digital units came primarily from console, where the download rate is significantly higher than it was three years ago,” says SuperData.

Ubisoft (EPA:UBI) released “The Division 2” in March, with the game emerging as a top seller in the UK; however, sales came in much lower than “Tom Clancy’s The Division” at only 20 percent of the original game’s number.

Even so, the game is ranked by SuperData as the top grossing title for the month of March in the console segment.

“Sekiro: Shadows Die Twice” was launched in March by Activision (NASDAQ:ATVI), with SuperData reporting that the game sold around 1.4 million units across console and PC. The firm compared the sales of the game to developer FromSoft’s previous game, “Dark Souls III,” which sold 1.2 million units in the opening week.

Neople’s “Dungeon Fighter Online” is rated as the top grossing title in March under the PC segment. Neople is a subsidiary of Nexon (TSE:3659), the fourth-largest Japanese gaming company. Nexon is currently up for sale.

“Perfect World Mobile,” which was released in March by Tencent Holdings (OTC Pink:TCTZF,HKEX:0700), took the top spot under the mobile segment.

Blockchain Technology Stocks
How to Invest in Esports
3 Big Esports Stocks to Watch
Esports Investing: The Next Big Thing?