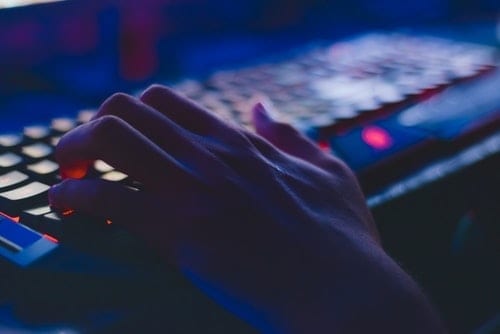 Activision Blizzard has come under fire after taking back the winnings of a Hearthstone player who made an anti-China remark.

Blitzchung, in a post-win interview, said “Liberate Hong Kong, revolution of our times,” a slogan used frequently among anti-government protesters. Activision Blizzard suspended Blitzchung from tournament play for one year in addition to denying his US$10,000 in winnings from the Hearthstone Grandmasters Asia-Pacific tournament.

“Engaging in any act that, in Blizzard’s sole discretion, brings you into public disrepute, offends a portion or group of the public, or otherwise damages Blizzard image will result in removal from Grandmasters and reduction of the player’s prize total to $0 USD,” Activision Blizzard said in a blog post, transcribing an official tournament rule.

Since the controversial comments, a number of individuals on Twitter (NASDAQ:TWTR) have called to boycott Activision Blizzard, as the hashtags #BoycottActivision and #BoycottBlizzard have quickly trended on the social media platform.

Even Republican Senator Marco Rubio tweeted about the matter on Tuesday. “Recognize what’s happening here. People who don’t live in #China must either self censor or face dismissal & suspensions,” he said.

Recognize what’s happening here. People who don’t live in #China must either self censor or face dismissal & suspensions. China using access to market as leverage to crush free speech globally. Implications of this will be felt long after everyone in U.S. politics today is gone. https://t.co/Cx3tkWc7r6

Similarly, Democrat Senator Ron Wyden said in a tweet, “No American company should censor calls for freedom to make a quick buck.”

Blizzard shows it is willing to humiliate itself to please the Chinese Communist Party. No American company should censor calls for freedom to make a quick buck. https://t.co/rJBeXUiwYS

According to the Wall Street Journal, Activision Blizzard is seeking approval to release Call of Duty in China, significantly broadening its potential audience by millions. China-based Tencent (OTC Pink:TCEHY) also has a 5 percent stake in the company.

Meanwhile, Apple (NASDAQ:AAPL) stirred controversy this week after Apple banned Quartz from its app stores following its news coverage of the Hong Kong protests, as well as the app HKmap.live, which allowed protestors to follow police activity. Google (NASDAQ:GOOG) similarly removed an app from its app store in relation to the protests, a game called “Revolution of Our Times” that allowed users to play as a protestor.

According to Barrons, hundred of Apple apps, including the New York Times news app, VPNs and gambling apps are banned in the country.

Since Tuesday, shares of Activision Blizzard have dropped over 2 percent to close on Thursday (October 10) at US$53.69.