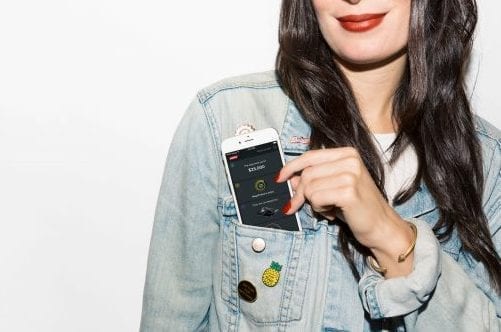 Mogo Finance Technology (TSX:MOGO; NASDAQ:MOGO), a Canadian fintech company, announced on Tuesday (May 8) its financial results for Q1 2018 highlighting a notable increase in revenue for the quarter.

The company said that its revenues totalled $14.3 million in Q1, up from $11.3 million compared to the prior year and representing a 27 percent growth.

“We believe that the future of financial services will not only be a digital one, but increasingly mobile-first as Millennials and Gen Z want to manage their financial life from an app, and expect a modern digital experience that is both simple and engaging,” David Feller, Mogo’s founder and CEO said in the release.

During the quarter, the company launched MogoCrypto that enabled members to buy and sell bitcoins while adding Matthew Bosrock to its board of directors subsequent to quarter end. Mogo also extended the collaboration with Postmedia Network for additional two years.

“It was a very strong quarter for the company, highlighted by a 110 percent increase in our subscription and services revenue, which represented 35 percent of total revenue at quarter end, up from 21 percent last year, and is increasingly driven by recurring monthly subscriptions,” said Greg Feller, President & CFO.

The company added 60,000 new members to its platform in the first quarter, which represents  a 53 percent increase over the prior year.

Looking ahead, Mogo in its conference call with investors on Wednesday said the company will be focused on optimizing its current product portfolio instead of launching new products.

“Never say never,” said Feller in the conference. “[At the] beginning of last year, identity fraud protection and crypto were not even on the roadmap, so we remain opportunistic to new opportunities.”

Feller also at the beginning of the conference call said that the market is moving digital with millennials being at the forefront. Feller said that there are over 10 million millennials in Canada and that the company is making Mogo as the go-to app for this demographic.

“Over 50 percent of the new member growth come from this segment,” he added. “We continue to see good traction in here.”

Mogo revealed that mortgages would be one of the growth verticals with–again–millennials being considered to be the largest segment of future home buyers.

Following Tuesday’s announcement, shares of Mogo closed the trading day at C$3.09 on TSXV and was down 9.91 percent. On the NASDAQ, the stock closed t US$2.42 and was down 9.70 percent.