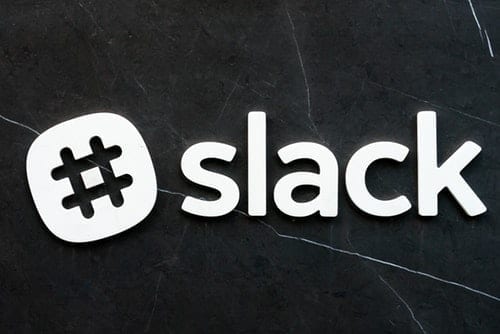 On its first day of trading, Slack soared as high as US$42, a more than 50 percent increase from its initial listing price of US$26.

A day after the US Federal Reserve decided to keep rates at a standstill — while hinting that cuts could come in the near future — messaging app Slack (NYSE:WORK) officially went public, reaching a valuation of US$23 billion.

Slack listed its shares through a direct listing rather than an initial public offering (IPO), circumventing underwriting fees and the traditional investor roadshow. In other words, the company took its shares straight to market. This form of listing is rare.

Spotify (NYSE:SPOT), for example, successfully went public through a direct listing on April 3, 2018. Slack is the first major company to undergo this type of listing since Spotify.

Slack CEO Stewart Butterfield told CNBC the reasons why the company chose to do a direct listing. “The big one for us was not having to raise new capital,” he said.

This form of listing is unusual for a number of reasons. One, typically companies need to raise money when they list. Slack, however, brought in a significant sum of money in 2018, Jai Dais, president of Sapphire Ventures, told the Financial Times. In September, the company raised US$427 million, selling shares for US$11.91 each.

Secondly, companies that do a direct listing often face the risk of greater price volatility, notes the Guardian. This is because they often do not have stabilization activities or lock-up agreements as part of their agreement.

“Most newly listed companies sell 10 to 15 percent of their shares in an IPO and bar early investors or insiders from selling more for six months, limiting supply. Slack’s direct listing has no such restrictions,” states the Financial Times.

While Slack has suffered early losses, other companies that have recently gone public have done so as well. Those include Uber (NYSE:UBER), Lyft (NASDAQ:LYFT), Pinterest (NYSE:PINS), Dropbox (NASDAQ:DBX) and Eventbrite (NYSE:EB).

In 2018, Slack lost US$138.9 million, which is pennies compared to Uber’s US$10 billion loss since 2016. In tune with Slack’s peers, the company says that it anticipates further losses in the future.

Going against the grain, video conferencing company Zoom (NASDAQ:ZM), which launched its IPO in April, reported profits of US$7.6 million in its fiscal S-1 2019 report.

Midday through its opening on Thursday (June 20), shares of Slack increased up to US$42, a 50 percent climb from the firm’s original listing price of US$26. At market close, shares stood at US$38.62.

What is Fintech?
EV Outlook 2020: Watch These Trends, Regions and Policies
What is Technology Investing?
Notes from the Floor: Women in Machine Learning Workshop 2019