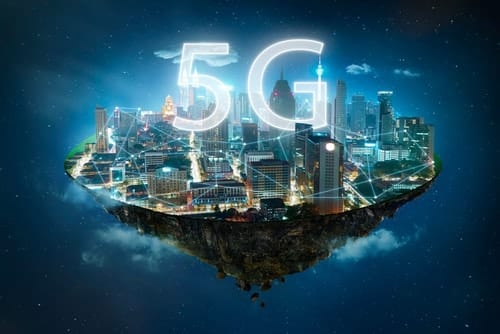 An unexpected political twist in 2018 mobile web trends has caused chaos for network operators across the world.

As 2018 wraps up, the Investing News Network (INN) is taking a look back at mobile web trends as the industry braces up for 5G.

While cellular operators across the world were expanding their networks and laying the foundation for 5G, political leaders in numerous countries banned Huawei from providing 5G equipment.

5G, the fifth generation of cellular mobile communications, is tipped to provide higher data speeds and has the capacity to handle devices that make up the Internet of Things. However, as 5G is a technology shift from current-generation networks like 4G LTE, 3G and 2G systems, operators are required to purchase additional equipment to handle 5G networks.

With 5G technology still in nascent stages, the ban on Huawei’s equipment could impact the rollout of 5G while also escalating costs for both operators and consumers. On that note, INN takes a look back at mobile web trends for 2018 with comments from industry experts.

In December 2018, Huawei announced that it had shipped 200 million smartphones in 2018, with the company celebrating the milestone by launching a special edition of its Mate 20 Pro smartphone.

While the news certainly put a spotlight on the company, Huawei’s network equipment was much more in focus than its smartphones.

According to an International Data report, 5G network infrastructure revenue is set to reach US$26 billion in 2022 from US$528 million in 2018, growing at a compound annual growth rate of 118 percent.

In a separate report, HNY Research projects that 5G infrastructure will grow from US$0.87 billion in 2017 to US$9.3 billion in 2023 at an estimated compound annual growth rate of 48.2 percent. The firm highlights key companies in the space, including Qualcomm (NASDAQ:QCOM), Intel (NASDAQ:INTC), Ericsson (NASDAQ:ERIC), Samsung (KRX:005930), Huawei and LG Electronics (KRX:066570).

While not all 5G companies are in China, it’s been said that those in the country have an edge over their counterparts because of the Chinese government’s push in this space. As part of the government’s five-year plan, 5G technology has been propelled into the spotlight, with the country scheduled to witness the commercial launch of the technology in 2020.

“We will drive forward research in key technologies for 5G mobile networks and ultra-wideband applications, and develop commercial applications of 5G technology,” the five-year plan reads.

While it is often said that Huawei’s equipment is cheaper than its rivals due to the subsidies it receives from the Chinese government, the company has denied those claims.

In late December, it emerged that Trump administration is considering an executive order to ban Huawei and ZTE purchases.

While political leaders have said the bans are for the “security risks” around Huawei and its affiliation with Chinese government, the company has said that these “difficulties will make [it] stronger.”

“This is a extremely disappointing result for consumers,” the company said in a tweet following Australia’s decision to impose a ban. “Huawei is a world leader in 5G. Has safely & securely delivered wireless technology in Aust for close to 15 yrs.”

Further, the company’s chairman, Liang Hua, spoke to the media in December where he stressed that Huawei will continue to move forward.

“The future world is facing uncertainty, and the international environment is full of challenges,” Hua said. “Huawei will not give up its pursuit because of the complexity and difficulties of the environment.”

Hua noted that the opportunities in the 5G market have just begun, and that despite the “difficulties” the company has achieved “good” results as it has signed agreements with 50 business partners around the world. Huawei has shipped in excess of 10,000 5G base stations.

“Huawei has more than 1,600 5G core patents, accounting for 19% of the entire 5G ETSI standard, building a core competitive advantage,” he said.

The ETSI standard caters to the needs of interconnection and interoperability, enabling users to mix and match equipment. It also addresses safety, reliability and environmental care.

With its level of patents and a technical edge over its competitors, Huawei is a major player in the 5G space, and that has led cellular operators across the world to use the company’s equipment in building 5G networks.

Canada hasn’t banned the use of Huawei’s technology in 5G infrastructure, although opposition parties have called on the Trudeau government to do so. Canadian carriers Bell (TSX:BCE) and Telus (TSX:T) have warned of delays and higher costs if Canada joins its allies in banning the use of Huawei’s equipment.

Jeff Gudewicz, chief product officer at Wilson Electronics, said that the rollout of 5G won’t be severely impacted by bans on Huawei’s products.

“There are many global cellular infrastructure manufacturers, and we believe a healthy amount of competitive products are coming to the market,” Gudewicz told INN in an email statement.

Gudewicz said that the vast amount of talk on 5G was the most challenging aspect of the market in 2018, as coverage problems on 4G networks could exist as 5G is developed to coexist alongside 4G networks.

Gudewicz said that Wilson Electronics, a company engaged in cellular signal booster technology, predicted that cellular coverage issues would persist in the US in 2018 and that these expectations were accurate.

“With the strong economy, improved US oil production and the continued ramp up of residential and commercial construction, we predicted the need for improved coverage solutions would remain strong,” he said.

In a report, GSMA Research, the research body of GSM Association, states that cellular operators will invest US$0.5 trillion in mobile CAPEX worldwide from 2018 to 2020, mainly to expand coverage.

“Some operators in the most developed markets are upgrading their 4G networks to faster speeds and lower latencies, while 5G investment is still in its infancy,” the report reads. “In developing countries, many operators are still investing in increasing the coverage and capacity of their 3G and 4G networks.”

Further, the firm predicts that digital consumers across the world will become augmented consumers in the 5G era as users adopt emerging technologies like augmented reality (AR) and virtual reality (VR).

In December, CCS Insight published a report forecasting that 8 million VR and AR headsets and glasses would be sold in 2018. That number is down from 2017 levels of 10 million, but CCS Insight expects the market to return to normal growth in 2019, with sales projected at 14 million devices.

“We believe the device market has now shifted away from the early wave of cheaper, less-functional cardboard and plastic smartphone VR viewers,” Ben Wood, chief research officer of CCS Insight, says in the report. “We expect the next wave of adoption to come from dedicated devices that offer a more compelling, wire-free experience.”

Daniel Japiassu, CEO of YDreams Global Interactive Technologies (TSXV:YD), one of the players involved in the space, said via email that companies are still understanding what business models are “lucrative.”

Japiassu said that at the end of 2017, YDreams Global expected to introduce its product Arkave VR in North America in 2018 due to the spike in interest of VR solutions. Further, Japiassu said that his company expected new products from its peers would influence Arkave VR.

“In both cases our expectations were correct. This year, Virtual Reality became a ‘must-have’ item for family entertainment centers across North America, and that raised substantially the interest in our product,” he explained.

With regards to new equipment introduced by other companies over the last 12 months, Japiassu highlighted products from HTC and Intel (NASDAQ:INTC), which he said improved Arkave’s system.

“This powered a major leap forward in the evolution of Arkave in a very short period, and the partnership with Intel and HTC allowed us to be ahead of the competition,” he said.

Despite the fact that the commercial launch of the 5G network is over a year away, the stage has been perfectly set for 2019 and beyond. With so much uncertainty and with many publicly traded companies involved in the space, it has been a testing time for the industry.

Stay tuned for our mobile web outlook for 2019 to learn what’s in store for the industry.

Editorial Disclosure: YDreams Global Interactive Technologies is a client of the Investing News Network. This article is not paid-for content.