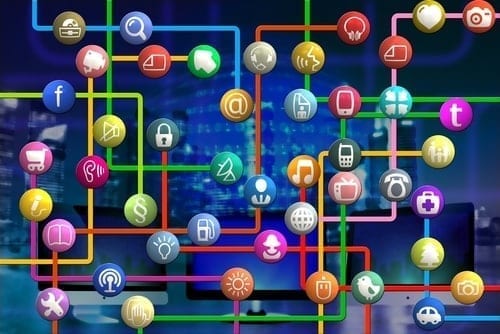 The apps that are downloaded the most and generate the most revenue have a lot in common — can investors use them to determine how to invest in an app wisely?

However, by and large, the vast majority of these apps languish unnoticed, downloaded only by a select few. It’s rare that an app goes on to be a huge blockbuster hit. Mobile games seem to be the main exception, gaining the most traction in this market.

Here, the Investing News Network (INN) looks at the most popular iPhone, iPad apps and Google Play apps with most recent data from App Annie, Statista and Google Play. Without further ado, here’s what elements to look for and how to invest in an app wisely.

How to invest in an app: The most popular apps

Every individual in the mobile web industry wants to know how to invest in an app successfully. Looking back at the top-grossing and top-downloaded gaming apps gives an indication of what consumers value in an app.

According to data provided by Statista, gaming apps account for roughly 25 percent of app downloads in the Apple (NASDAQ:APPL) App Store. While there was no specific data related to Google Play’s app downloads, another Statista report shows that the top grossing Android apps world wide are gaming apps, although most gaming apps in the Google Play store are free to download.

That said, according to 2018 data from App Annie–which uses data from July 2010 to May 2018 for the most popular iPhone and iPad Apps of all time–Candy Crush Saga, produced by Activision Blizzard (NYSE:ATVI), was the most downloaded game worldwide. The game, which was launched in November 2012, has reached the daily top iPhone game ranking in more than 100 countries. Subway Surfers from Kiloo comes in second followed by Fruit Ninja by Halfbrick Studios.

The list of top games by all-time revenue differs from that of most downloads. Here, Clash of Clans, launched by Supercell in June 2012, tops the rankings. Activision’s Candy Crush Saga is second, Monster Strike from mixi is third on the list.

That trend appears to be continuing in 2018 also: a Digital Trends report released in July 2018 highlights that social media apps still hold the throne, such as Google, Google Chrome, Facebook, Youtube and Instagram.

On the Google Play side of things, Google divides its top apps over the last five years into two lists. In the top installed games, Candy Crush Saga, Subway Surfers, Temple Run 2, Despicable Me and Clash of Clans round out the top five, while Facebook, Facebook Messenger, Pandora Radio, Instagram and Snapchat encompass the top installed apps.

How to invest in an app: Where to start

There are key similarities between these apps, suggesting that there are overarching characteristics that can make an app popular. For instance, 70 percent of the top-downloaded apps are based around a swipe mechanic, reflecting how much Apple’s touch technology has shaped mobile gaming. Furthermore, the vast majority of these games are aimed at casual gamers. That means they have simple rules and require little commitment on the part of users, allowing smartphone owners to enjoy a game without a complex set of special skills or undue commitment.

Bearing that in mind, as US News puts it, investing in apps comes down to growing relationships and an understanding of where the founder is coming from.
“If an investor is approached with an opportunity, first and foremost I’d avoid it,”Anthony Glomski, founder of AG Asset Advisory, told the publication. “When you are investing in an app it’s really speculative instead of making an investment.”

Dan Ward, co-found and chief creative office for Detroit Labs, gives a number of suggestions in the US News article that investors should watch out for when it comes to investing in apps.

In particular, Ward suggests to watch for trends–such as Snapchat and iMessenger allowing ‘friends’ to virtually collaborate and shop on companies like Zappos, which is owned by Amazon (NASDAQ:AMZN)–because it is all about “being where users are spending their time.”

Similarly, Andrew Chanin, CEO of PureFunds, suggests investors should consider diversification. “By diversifying your exposure to multiple app companies, you may be able to reduce individual company risk,” he continued.

With that in mind, app ETFs are always a good option for investors who don’t want to go all-in on one company. As such, PureFunds offers the following ETFs for consideration:

Securities Disclosure: I, Jocelyn Aspa, hold no direct investment interest in any company mentioned in this article

2 responses to “How to Invest in an App Wisely”