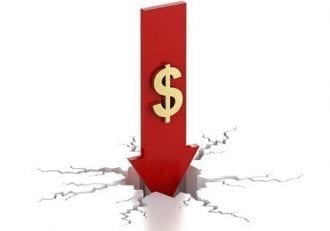 Social media giant Facebook (NASDAQ:FB) is in hot water following claims the company had leaked information of millions of its users during the 2016 presidential election.

Late last week, Christopher Wylie was reported by the New York Times alledging that research firm Cambridge Analytica had been granted access to data from roughly 50 million Facebook profiles leading up to the 2016 US presidential election.

According to Wylie, the data was collected by Dr. Aleksandr Kogan via an app called “thisisyourdigitallife,” which prompted users to answer questions to build a psychological profile. The information was then allegedly passed on to Cambridge Analytica, a violation of Facebook’s policies.

As a result, over the weekend Facebook received backlash for not protecting its user’s data, but reiterated in a press release originally published on Friday (March 16) that “protecting people’s information is at the heart of everything we do. ”

“Cambridge Analytica has agreed to comply and afford the firm complete access to their servers and systems. We have approached the other parties involved — Christopher Wylie and Aleksandr Kogan — and asked them to submit to an audit as well,” Facebook said in its announcement. “Mr. Kogan has given his verbal agreement to do so. Mr. Wylie thus far has declined.”

Facebook’s statement continued, commenting that if the data still exists then it would be a “grave violation” of the company’s polices and an “unacceptable violation of trust and the commitments these groups made.”

“We remain committed to vigorously enforcing our policies to protect people’s information,” Facebook said. “We also want to be clear that today when developers create apps that ask for certain information from people, we conduct a robust review to identify potential policy violations and to assess whether the app has a legitimate use for the data.”

Taking all of this into consideration, it’s unsurprising that investors have been rattled by this turn of events. On Monday, Facebook’s shares dipped nearly seven percent to close at $172.56, while after hours trading brought it down slightly more by 0.52 percent to $171.66 as of 6:06 p.m. EST, making this the company’s biggest percentage decline in roughly four years.

The backlash also resulted in a hefty loss to its market cap: as of Friday’s close, Facebook’s market cap was $537.67 billion; by Monday, it had decreased to $501.29 billion at market close.