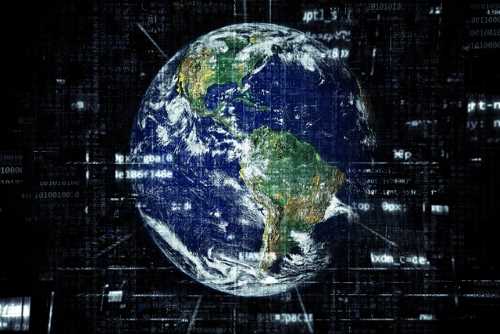 While many tech monopolies grant themselves breathing room when it comes to security and data privacy for their users, questions abound on what the future holds for the giant swaths of data circulating in society.

Christian Beedgen, co-founder of security and data analytics company Sumo Logic, discussed topics related to data as part of a panel at the Collision Conference last week, including the relationship between data and artificial intelligence and the nature, application and ethics of this data.

After spending 10 years as a computer engineer in Seattle and San Francisco, Beedgen and partner Kumar Saurabh created the company based on observations on what worked at Beedgen’s previous company, ArcSight.

Beedgen, who studied in Berlin, has a background in sociology. His interests and experience lie on the qualitative side of data machinery and processes.

When it comes to conversations surrounding data, Beedgen noted that the nature of the discussions have begun to change.

“I’ve noticed a shift in the discussion itself. Throughout the last 15 years or so, we have been spending a lot of time getting hyped about the power of data,” said Beedgen. “And we are now seeing some of the results of that.”

Challenges in data are beginning to surface at greater frequencies. Monolith corporations such as Facebook (NASDAQ:FB), Equifax (NYSE:EFX) and, more recently, Norsk Hydro (OTCQX:NHYDY) are encountering data breaches, while user data is unwittingly being sold to unknown agents.

Europe’s General Data Protection Regulation is a positive step for society to counter data abuse, Beedgen noted. “From a philosophical standpoint, or from a sociological standpoint, I do think that these are the right things to go after,” he said.

Beedgen also made reference to California’s data regulations. California has enacted a data privacy protection law that gives residents the right to be informed of the companies that are collecting their data and for what purposes they are collecting it. The act was put into place in June 2018.

Other empowering applications of data and machine learning can be found in the medical space. Here, doctors are applying image recognition technology to differentiate types of cancer.

While data serves as a vessel for a number of positive solutions, challenges remain complicated and opaque in terms of how data interacts with society. Cautious about the marriage of data and decision making, Beedgen highlighted a potential glaring flaw with data: confirmation bias.

“What research is finding is that what happens if you try to use data and algorithms to create an objective decision, is all the algorithms end up doing is reconfirming the biases of those humans that construct the algorithms that feed them the data. So you still have the same messy output, but it claims to be objective because it came out of a machine,” said Beedgen.

He went on to note that it is illusory to arrive at an objective decision from data alone. Citing college admissions, welfare admissions and digital advertising, Beedgen said that making “objective” decisions for these areas based on data could be challenging for the individuals impacted.

“If you are on the receiving end of one of these decisions … how are you going to appeal to those decisions?” he said.

When it comes to the algorithms and models that are being applied, Beedgen noted, “It’s based on whatever the existing paradigm of looking at things is. It’s going to overlay into this objective method.”

Organizations such as the Association of Computing Machinery and the Institute of Electrical and Electronics Engineers are currently working on ethics guidelines for data, Beedgen concluded.

With files from Georgia Williams.

Esports Investing: The Next Big Thing?
Investing in Blockchain ETFs
Alex Tapscott: Blockchain Interest Rising Beyond Hype
What is Fintech?

One response to “Sumo Logic Co-founder: Beware of These Dangers with Data”