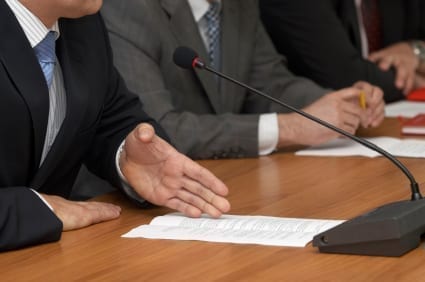 The counterfeit goods market is growing at an alarming pace, causing concern among companies and consumers. This has created a responding niche market of companies willing to combat counterfeit through tech.

Because of it’s shadowy nature, the counterfeit goods market doesn’t get much press time. There is tons of misinformation concerning the market for illegal goods, as reliable statistics are hard to come by and market participants are rarely willing to speak openly about the industry.
However, what information is available is alarming. Havocscope, a source for global black market information, values the counterfeit goods market at $653.77 billion. Because of the enormous global cost of counterfeit goods, companies and consumers are taking ever-increasing measures to protect themselves from falling victim to this illegal market. What this means is that a corresponding anti-counterfeit market is emerging, filled with innovative companies taking steps to protect people and companies.
Increasing anti-counterfeiting market demand
Unfortunately, the problem of counterfeit goods is anticipated to increase. While Havoscope places the global market at $653.77 billion, Business Action to Stop Counterfeiting and Piracy estimated that, in 2015, the market would reach $1.7 trillion. The vast disparity between these figures illustrates two things: reliable market data is hard to come by and market valuations are probably underestimated. The severity of the global counterfeiting market is significant and growing.

From currency to movies to luxury goods and pharmaceuticals, almost any good or service can be counterfeited. Prescription drugs make up a large part this market. For instance, a report by Sophic Capital reveals that counterfeit pharmaceutical drugs have a market of $200 million. To contextualize this number, the illegal drug market is valued at $249 million, just $49 million more. When we look at the category of packaged consumer goods more broadly, the numbers get even more concerning. In 2013, US Customs and Border Protection seized $1.7 billion in counterfeit goods (a $500 million increase from 2012). Furthermore, it’s important to remember that these figures don’t reflect the total number of counterfeit consumer goods on the market; just those which have been seized in the US.

Counterfeit money, meanwhile, makes up just a small proportion of the counterfeiting market. Another Sophic Capital report states that, between 2005 and the first half of 2014, the Bank of England removed £81 million of fake notes from circulation. Last year, around 243,000 Bank of England counterfeit banknotes were taken out of circulation with a face value of £5 million.
Meanwhile, in 2013 the US government recovered $89 million in counterfeit money. The report also estimates that around €17 million worth of fake Euros were recovered in the second half of 2013. In comparison with the counterfeit drug market (which was valued in the hundreds of millions) and the consumer goods market (which is easily in the billions) this seems like small change.


Give me my free report!
However, despite its relative insignificance in relation to the larger counterfeiting market, it makes for a vital part of the anti-counterfeiting market. Banknotes, for example, contain some of the most advanced anti-counterfeiting technologies on the market today, as central banks and mints are willing to go to great lengths to protect the integrity of their fiat currencies.
Therefore, although it’s a relatively small subsection of the market, companies working in the area of anti-counterfeit currency have a growth market ahead of them. Take Nanotech Security (TSXV:NTS), for example, a Canadian corporation creating KolourOptik™ nex-gen “hologram” for banknotes and packaged goods and optical thin film for banknote threads and secure documents. Meanwhile, De La Rue (LON:DLAR), a London-listed company, focuses on passport and banknote printing. These are just two examples from a robust niche market that’s growing rapidly in response to concerns about counterfeit fiat currency. To learn more about these companies and the innovative anti-counterfeiting technologies that they produce, click here for an in-depth view of the best companies in the sector to invest in.
The investor take-away is simple in the case of the anti-counterfeiting market: although reliable statistics are hard to come by, the market is definitely growing. And, while the bulk of counterfeiting occurs in consumer goods, investors may want to look to the anti-counterfeiting currency subsector to invest. Although this makes up a relatively smaller portion of the market, governments have illustrated that they are willing to go to great length to protect their fiat currency. In other words, there’s a big opportunity for investor profit in this niche market.
Don’t forget to follow us @INN_Technology for real-time news updates.