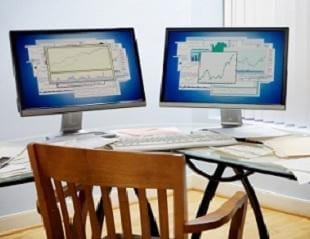 What Dell’s decision to sell the Dell Software Group to Franciso Partners and Elliott Management Corp. means for the cybersecurity market.

By Steve Morgan, founder and CEO at Cybersecurity Ventures.

When Dell (NASDAQ:DELL) announced on Monday it will sell the Dell Software Group to Franciso Partners and Elliott Management Corp., it raised a big question: Is Dell planning to exit the cybersecurity market?
Last year, it seemed as if Dell was sitting pretty in the burgeoning cybersecurity field. The computer maker was planning to IPO their Secureworks business, their Sonicwall division was a large player in the fast-growing network security space with some speculation that it too may be a future spinoff and IPO candidate, their information technology services division included Dell’s information security services (risk, compliance, and other cyber services), and the announcement of Dell’s planned $67 billion acquisition of EMC Corp. would bring along EMC’s RSA division – a multi-hundred million dollar business and one of the most respected names in cybersecurity.

What a difference a year makes.  Consider: Secureworks was the first tech IPO of the year and made a lot of media noise but has come up short of expectations (so far); Sonicwall is going away as part of the Dell Software Group sell-off; NTT Data recently agreed to buy Dell’s IT services business which takes Dell’s information security services off the table; RSA remains solid — but it doesn’t belong to Dell (yet) — which is still trying to get its finances in place to complete the EMC acquisition.

The Cybersecurity Market Report — published by Cybersecurity Ventures — forecasts worldwide cybersecurity spending will exceed $1 trillion over the next five years, one of the fastest growing and largest tech sectors.  Several large tech vendors have placed their bets on cyber and it is paying off.  IBM Corp. has grown a $2 billion cybersecurity business unit which posted roughly 16% growth in Q1 2016. Cisco is right behind with a $1.75 billion security business, and growing strong. Unisys and others are looking to cybersecurity as a growth catalyst.

What is Dell thinking?

One can only speculate that the software group sale — which is estimated to fetch $2 billion, and the IT services business sale to NTT for $3 billion, are part of Dell’s grand scheme to finance their whopping $67 billion purchase of EMC Corp.

A year ago — when Cybersecurity Ventures reported the cybersecurity market reached $75 billion in 2015 and was expected to post revenues of $170 billion by 2020 (based on consolidated IT analyst reports) — it seemed as if Dell were bringing a canon to a knife fight.  And now – with the updated prediction of $1 trillion in cyber spending up for grabs between 2017 and 2021, Dell’s security efforts may equate to whipping out a pocket knife in a gun fight.

The big unknown around Dell with regards to the cybersecurity market is RSA. What will Dell do — post-EMC acquisition — with one of the oldest and most trusted brands in security? Time will tell.
I, Steve Morgan, hold no direct investment interest in any company mentioned in this article.
Steve Morgan is founder and CEO at Cybersecurity Ventures and Editor-In-Chief of the Cybersecurity Market Report. Visit SteveOnCyber.com to read all of my blogs and articles covering cybersecurity. Follow me on Twitter @CybersecuritySF or connect with me on LinkedIn. Send story tips, feedback, and suggestions to me here.

See our exclusive index of Security companies on the move
EXPLORE