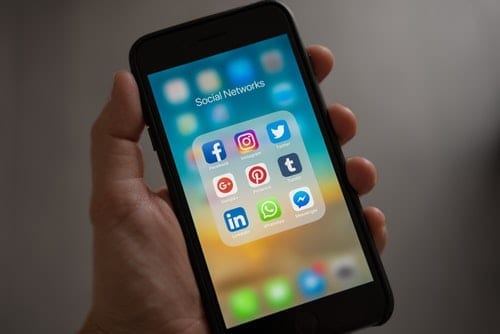 INN takes a look at what investors need to know about the long-awaited whitepaper on Facebook’s cryptocurrency, Libra.

The cryptocurrency, expected to launch in 2020, will be backed by a reserve and run by the Libra Association, a body that will be comprised of corporate, academic and non-profit entities.

Facebook is touting its cryptocurrency as a way to facilitate global financial accessibility and innovation for billions of individuals.

“We believe that the world needs a global, digitally native currency that brings together the attributes of the world’s best currencies: stability, low inflation, wide global acceptance and fungibility,” the whitepaper states. “The Libra currency is designed to help with these global needs, aiming to expand how money works for more people around the world.”

Libra will be based on the Libra blockchain, which the whitepaper states will be built using a new software programming language called Move. The Libra blockchain will be decentralized and open source, which means that developers can build on it. In order to provide mass-scale, secure and frictionless transactions, Facebook is building its blockchain from the ground up.

The whitepaper details three main components that stand behind its mission of financial inclusion and global financial empowerment:

These core features are predicated on the development of a cryptocurrency that is easy to use.

As mentioned, the Libra Association will be the governing body of the cryptocurrency. It will have headquarters in Geneva, Switzerland.

Facebook states that it aims to include a diverse and geographically distributed group of entities in the association, such as private companies, academic institutions, non-profit organizations and multilateral organizations. It aims to reach 100 members by Libra’s launch in 2020.

Some of the founding members include these mammoths: Mastercard (NYSE:MA), Visa (NYSE:V), eBay (NASDAQ:EBAY) and Lyft (NASDAQ:LYFT).

The primary objectives of the Libra Association will be to administer Libra’s reserve, facilitate a secure network and move towards the decentralization of the Libra blockchain within five years.

“While final decision-making authority rests with the association, Facebook is expected to maintain a leadership role through 2019,” says the association.

The Libra cryptocurrency will be backed by a reserve that holds a basket of real assets, including short-term government securities, bank deposits and fiat currencies. Facebook states that in order to create intrinsic value and low volatility, the goal of the reserve is to preserve value.

The reserve will work in conjunction with a number of exchanges and custodians with investment-grade credit ratings. As to where the reserve funds will come from, Facebook says they will be derived from investor funding and Libra users.

“In short, on both the investor and user side, there is only one way to create more Libra — by purchasing more Libra for fiat and growing the reserve,” as per the Libra Reserve.

How Calibra fits in

Calibra is a separate subsidiary that Facebook has developed to set social data apart from financial data. The company released news on this entity on Tuesday in line with the Libra announcement.

“This means Calibra customers’ account information and financial data will not be used to improve ad targeting on the Facebook family of products.”

In addition to these services, Calibra will develop wallets that will be usable on Instagram and WhatsApp.

“A trackable cryptocurrency from a ‘free’ network with a history of selling consumer data could just as easily track financial decision-making and sell it to third parties,” Jake Yocom-Piatt, co-founder of cryptocurrency decred, told CNBC.

In terms of blockchain mass adoption, Libra is projected to have a significant impact not only on users, but also on regulators. “The exposure of this many people to cryptocurrencies should spur regulators into action,” says the London Capital Group.

The report signals some other possible features that Libra could influence within the digital asset sector, including the possibility of bitcoin acting as a digital gold.