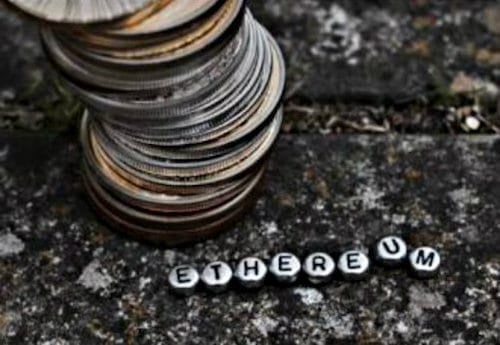 Should you invest in bitcoin or ethereum this year? We break down the case for both of these cryptocurrencies.

2017 was the year of bitcoin, but when 2018 began it looked like it was going to be the year for ethereum to take off.

In a promising start, the second-largest digital currency by market cap increased by roughly 74.7 percent from January to April. It briefly hit $1,369.78 on January 10, but had fallen to $274 on August 23.

Those riding this wave have been white-knuckling it since then, hoping ethereum will rise from the ashes.

As a result, speculation has been circling as to whether one should invest in bitcoin or ethereum this year. Here we look at the options.

Invest in bitcoin or ethereum?

The case for ethereum

With values for both bitcoin and ethereum so low, is one really better than the other? Let’s take a look at the fundamentals. According to Investopedia, when compared with bitcoin, ethereum’s language is Turing complete, and its blocktime — how long it takes to complete a transaction — is also faster.

David Mondrus, CEO of Trive, has said that “bitcoin has its scaling problems.” Mondrus continued, stating that bitcoin has had scaling issues for several years now, and that its blocks currently have a 1-megabyte (MB) limit, which means that blocks on the bitcoin blockchain are only able to contain 1 MB of data.

“Ethereum has its scaling problems [as well], but in ethereum’s case, the move towards a scalable solution — like sharding — is well underway,” he said.

Also, as a Quartz article touches on, ethereum will continue to grow in the number of Dapps that are built on its platform. “In 2018, it will move from proof of work to proof of stake,” the article states.

Other reasons to be optimistic about ethereum over bitcoin include the fact that it is the “most widely used” and “most stable network,” Mati Greenspan, senior market analyst at eToro, told Forbes.

So while the perceived value in the ethereum market may be waning, the technology‘s intrinsic value will continue increasing over time. Whether that’s reflected or recognized by the market or not is impossible to know, but the fundamentals are there if and when they’re acknowledged.

The case for bitcoin

Why should you invest in bitcoin? Well, bitcoin still has and will always have the cachet of being first, and perhaps thereby being the most well known in the blockchain space. Bitcoin has the most searches on Google, and has a smaller attack surface, making it safer than ethereum, Medium says.

Unlike ethereum, bitcoin also has two huge coin holders going to bat for it: the Winklevoss twins, well known for their involvement in Facebook’s (NASDAQ:FB) origins.

The twins were made billionaires by investing in bitcoin, and they aren’t giving their fortune up without a fight. The Winklevosses have attempted twice to establish a bitcoin ETF, and in August 2018 the brothers announced the launch of their cryptocurrency organization, the Virtual Commodity Association.

All of this means that bitcoin has support from the inside to help prevent a total collapse, and to help legitimize the cryptocurrency so that it may grow. We’ll see if the Winklevosses are able to help convince market watchers to invest in bitcoin so it can make a comeback.

All told, the year is not over yet for bitcoin, ethereum and the plethora of other cryptocurrencies. But as it currently stands, it’s hard to know if the low values of ethereum and bitcoin represent a buying opportunity or a sign to get out while you still can.

Would you invest in bitcoin or ethereum? Let us know in the comments.

Securities Disclosure: I, Amanda Kay, hold a small investment in bitcoin, but hold no other direct investment interest in any company or cryptocurrency mentioned in this article.

2 responses to “Should You Invest in Bitcoin or Ethereum in 2018?”