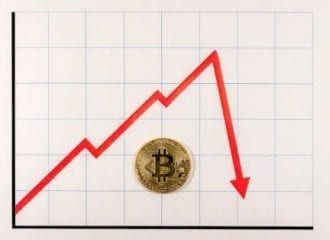 In addition to dropping to more than two-month lows of under $7,000, over $60 billion in market cap was slashed from cryptocurrencies.

Bitcoin’s price woes continue, kicking off the week with what some might say as having a case of the Mondays.

On Monday (February 5), the cryptocurrency mammoth had dropped by more than 20 percent in less than 24 hours, dipping from $8,347.84 on Sunday night (February 4) to as low as $6,587.47 on Monday–its lowest levels since early November, according to data from Coindesk.

That said, it’s been a difficult start to the year for bitcoin. Throughout the month of January, the bitcoin price has been on a steady decline, dwindling by more than $10,000 from its year-to-date high of $17,135.84 on January 6.

As to why its price is continuing its downfall?

To start, India’s finance minister Arun Jaitley has declared that the country is looking to ban bitcoin and other cryptocurrencies, particularly in relation to criminal activity.

“The government does not consider cryptocurrencies legal tender or coin and will take all measures to eliminate use of these crypto-assets in financing illegitimate activities or as part of the payment system,” Jaitley said in his speech last Thursday (February 1).

“To prevent financial risks, China will step up measures to remove any onshore or offshore platforms related to virtual currency trading,” the Financial News said on Sunday night (February 4), which is affiliated with the People’s Bank of China.

The Morning Post quoted the article as saying ICO’s and virtual trading “did not completely withdraw from China following the official ban … after the closure of the domestic virtual currency exchanges, many people turned to overseas platforms to continue participating in virtual currency transactions.”

The buck doesn’t stop there, however.

On Friday (February 2), reports stated that America’s three biggest banks–like J.P. Morgan Chase, Bank of America and Citigroup–would not be permitting their customers to buy cryptocurrencies with credit cards.

“At this time, we are not processing cryptocurrency purchases using credit cards, due to the volatility and risk involved,” a J.P. Morgan Chase spokesperson told CNBC. “We will review the issue as the market evolves.” Bank of America and Citigroup officials also issued similar statements to the publication, while Citigroup said the company will “continue to review [its] policy as this market evolves.”

In a previous interview with the Investing News Network, David Mondrus, CEO of Trive said he wasn’t particularly worried about bitcoin’s fluctuating price. Rather, over the next few months Mondrus said he thinks bitcoin can climb back towards its record highs and provide a “big affirmation” particularly for those who came into the space early.