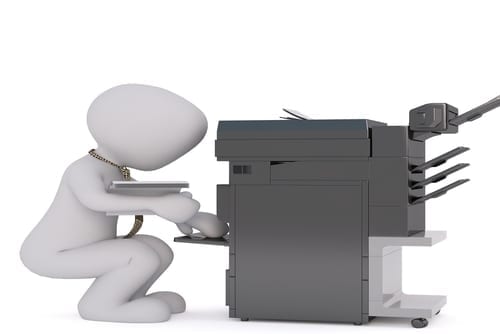 In its filing with the SEC, the company says the funds will be used to “expedite” growth and “further advance” its technologies.

Nano Dimension (NASDAQ:NNDM;TASE:NNDM) announced on Wednesday (November 21) through a filing with the Securities and Exchange Commission (SEC) that it intends to raise US$28.75 million for increasing production and scaling up its sales.

The company is hoping to raise the funds through a public offering with the money being used to speed up growth and continue advancing its technologies.

In the filing, Nano Dimension stated that its primary target market is the US while it is also experiencing growth in Asia Pacific. The company expects that trend to increase in 2019.

In terms of sales and marketing, the company plans to advance its commercialization efforts while adding more resources to its US and Hong Kong headquarters, which could include increase in sales manpower.

Nano Dimension has been expanding its presence in North America by broadening its reseller network and through the sales of its products — especially to the US Armed Forces.

“Over the third quarter we sold ten DragonFly Pro systems and we are particularly pleased bythepositive traction that we are enjoying within the U.S. defense industry, bolstered by our status as a certified Department of Defense Logistics Agency vendor,” Amit Dror, CEO of Nano Dimension, said in the earnings release.

Additionally, in the first week of November, the company showcased the capabilities of a 3D printed radio frequency circuit produced through its DragonFly 3D printer.

“The use of in-house 3D printed electronics to make antennas is a breakthrough, in terms of the time and cost of prototyping and proofs-of-concept,” Dror said in the release.

Meanwhile, the company’s SEC filing said that it would increase the amount of applications and use cases of its products by collaborating more with its customers.

Crucially, the company said that certain amount of the funds it raises would be set aside for working capital, potential licensing of additional intellectual property and a next generation product.

Shares of Nano Dimension closed the trading session on Thursday (November 22) at US$1.89 and were up 3.85 percent over the day. However, the company’s stock fell 12.16 percent in after hours trading, which is when the filing was accepted by the SEC.

Nano Dimension has a “Moderate Buy” ranking on TipRanks with an analyst price target of US$4.50 representing an 138.10 percent upside. The stock has a “Sell” ranking on TradingView with 14 verticals against, 10 in neutral and four in favor.