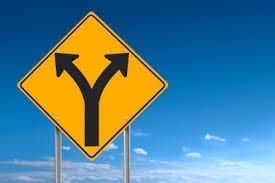 Interested in investing in 3D printer companies this year? Here are the top things you need to know.

The 3D printing industry certainly has its challenges, but 2016 is shaping up to be a good year for the industry. Mid-way through the year, the sector has seen some strong gains, but also notable obstacles.
Drawing from Oppenheimer analyst Holden Lewis’ reports, the Investing News Network takes a look at competition in the industry, macro challenges and the biggest new trend in 3D printing materials.

Companies in the 3D printing industry don’t necessarily face the same competition problems as other companies in the tech sector. That’s because there are seven types of dominant 3D printing technologies: SLA/DLP; Polyjet; FDM; Laser Melt (SLM); Laser Sinter (SLS); Binder Jetting and EBM.
Those technologies all service niche aspects of the market, meaning that a company’s success in one area of the 3D printing market doesn’t necessarily affect businesses in other sectors. For instance, while there are new voices in the market, such as Ricoh (TSE:7752) and Additive Industries, these companies are mainly focused on SLS and SLM technology. Meanwhile, industry stalwarts like Stratasys (NASDAQ:SSYS) work in the Polyjet and FDM sectors. 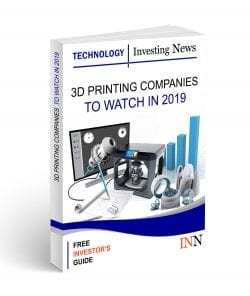 While competition isn’t shaping up to be a major challenge in the 3D printing industry in 2016, that doesn’t mean the market isn’t confronting other obstacles. For one thing, the 3D printing industry’s spending on capital equipment looks is continuing — traditionally that has proven to be a barrier to 3D printer sales, and has led to lower revenue for companies.
Unfortunately, that’s not the only factor that might dampen demand for 3D printing equipment throughout the rest of 2016. While 3D printing technology was billed as having enormous disruptive potential back in 2013 and 2014, eventually a chasm emerged between what was promised and what was actually delivered. At the time, 3D printing was often cumbersome, with a steep learning curve and limited software and materials.
These factors have deterred companies from investing more heavily in 3D printers, resulting in a much longer return on investment cycle than was initially anticipated. Nonetheless, analysts anticipate that this short-term stagnation will give way to long-term growth.

The key to investing in 3D printer companies

The key to investing in 3D printer companies is knowing where, when and how this long-term growth will come about. While nobody can truly predict the future, an Oppenheimer report on the FormNext 3D printing show makes a good attempt.


Give me my free report!
The report indicates that there is a division between 3D printing materials in 2016: while plastic will continue to lag behind, seeing weak demand and poor visibility, demand for 3D printed metals is expected to be exceptionally strong. Indeed, SLM Solutions (ETR:AM3D) has already seen a 24-percent year-to-date increase in stock price. The company believes that there will continue to be more growth in this area.
All in all, despite the market’s numerous obstacles, the 3D printer market is an exciting place to be in 2016. The key for investors is picking the right stocks in the right sub-sector – luckily there are lots of options.
Don’t forget to follow us @INN_Technology for real-time news updates.

This article was originally published on December 15, 2015.
Securities Disclosure: I, Morag McGreevey, hold no direct investment interest in any company mentioned in this article.