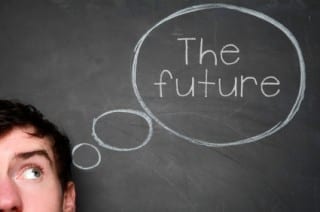 Learn about three key trends that are driving the 3D printer market forward.

The 3D printer market is gaining traction and this trend doesn’t seem to be slowing.
Indeed, a report from Lucintel titled “Global 3D Printing Materials Market 2015-2020: Trends, Forecast, and Opportunity Analysis” forecasts high growth in the market. Notably, it calls for a compound annual growth rate of 18.2 percent between 2015 and 2020.
But what is driving that growth? Here, the Investing News Network takes a look at three key factors that are moving the 3D printer market forward.

Everything from prototyping, product designing, concept modeling and final manufacturing can benefit from 3D printing innovation. The technology has even been used to help protect a baby in utero. For example, WebMD has reported that a team of Michigan doctors used 3D printing to determine whether a large mass on the fetus’ face would block its airway during birth. By applying this technology, the doctors were able to anticipate and mitigate a potentially very dangerous situation.
Commenting on the situation, Dr. Albert Woo, a pediatric plastic surgeon at St. Louis Children’s Hospital, said it was the first time that 3D printing had been used in utero “to diagnose facial deformity and severity of airway risk with a newborn.” The story exemplifies the multitudes of ways that 3D printing has been adopted to improve various industries. This increasingly widespread acceptance of 3D printing is definitely contributing to the 3D printer market’s overall growth. The anecdote also hints towards the close ties between 3D printing and healthcare, one of the industry’s fastest growing verticles.

As it becomes more accepted, 3D printing is also becoming increasingly visible to the average consumer. For instance, XYZprinting’s da Vinci 3D printing product line and 3D printing filaments are available online at Staples.com (NASDAQ:SPLS), one of the most accessible websites for personal and office business supplies.
In a press release, XYZprinting CEO Simon Shen commented, “[w]e are thrilled to extend the benefits of our 3D printing products to a broad consumer audience. It has been our focus to expand the distribution of our products to designers, engineers, architects, and also to beginners in the field such as educators and students. Staples provides the entry point for customers to experience all that there is with 3D printing.”
Shen’s comment shows exactly how widespread 3D printers are becoming. They are no longer just for industrial manufacturers, and instead are becoming available through accessible and affordable retailers.

The 3D printer market is also benefiting from a decrease in overall pricing. As XYZprinting’s decision to sell its products through Staples.com illustrates, 3D printing has taken a turn toward affordability. As a result, companies have become increasingly accepting and aware of this new technology — and that has resulted in higher demand.
If the Lucintel report’s predictions are true, the 3D printer market is set to expand on a macro scale. This means that opportunities are abound in this increasingly affordable, diverse and accessible marketplace.
This is an updated version of an article first published on 3D Printing Investing News on October 11, 2015.