Another round of strong US economic data is driving up demand for industrial commodities and energy, while investors’ appetite for gold is faltering. Still, worries about inflation, especially in China, continue to weigh down the longer-term outlook. 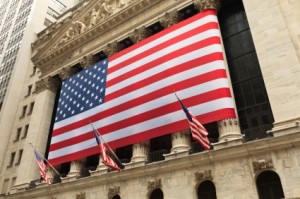 Signs of continued economic rebound in the United States have lifted global demand for energy and industrial materials, however, investors’ appetite for precious metals has abated slightly. Still, the possibility of China raising its interest rates in order to cool down its real estate market, coupled with persisting worries about Europe’s debt situation, are tempering the bulls.

The Federal Reserve reported Friday that US factory output continued to rise in February by 0.3 percent, marking the third straight monthly gain. On Thursday, US jobless claims fell to a four-year low, down 14,000 to 351,000 in the week ended March 10, according to the Labor Department. Likewise, the Federal Reserve Bank of Philadelphia reported in its Business Outlook Survey that the benchmark Philadelphia Fed index rose to 12.5 from 10.2, marking its highest level since last April. The Federal Reserve Bank of New York reported that its Empire State manufacturing index rose to 20.2, its highest level since June 2010.

Yet there are concerns about inflation, as US consumer prices have risen by the most in ten months, largely due to higher oil prices. US inflation concerns are not as worrisome as they are in China, however, as Beijing looks to balance economic expansion with keeping inflation at bay, especially in the housing market.

“We must not slacken our efforts in regulating the housing sector,” said Chinese Premier Wen Jiabao at the closing press conference of the annual National People’s Congress this week. He pointed out that China needs “long-term steady and sound growth” in the property market, rather than sharp movements that could hurt the overall economy.

With US manufacturing gaining ground and the jobs market showing signs of improvement, the world’s largest consumer of oil continues to lead the way in driving up crude prices. Energy prices rose as Britain and the US failed to reach an agreement regarding the use of their emergency reserves during Prime Minister David Cameron’s Washington visit. Expectations are rising that the US may be drawing from the Strategic Petroleum Reserve, especially as gas at the pump hits above $4.00 and political will plays an increasing role in an election year. At the same time, international sanctions against Iran are expected to keep energy prices high.

Italy’s Eni (NYSE:E) said it is targeting production growth of more than three percent per annum over the next four years. The production target is based on the price of oil averaging $90 per barrel from 2012 to 2013, and $85 a barrel from 2014 to 2015. The company will increase investment by twelve percent to 59.6 billion euros.

BP (LSE:BP) will be expanding its operations in Namibia by buying into Serica Energy’s (TSX:SQZ) offshore blocks. The British group will acquire 30 percent of the Namibian license and cover past costs in addition to paying for a 3D seismic survey.

Aurubis (FWB:NDA) CEO Peter Willbrandt said at the Metal Bulletin conference in Hamburg this week that he expects Chinese copper demand to be strong despite growing concerns to the contrary amongst analysts.

Yellowhead Mining (TSXV:YMI) has adopted a shareholder rights plan to ensure the fair treatment of all Yellowhead shareholders during any takeover bid for Yellowhead’s outstanding common shares, or other transactions that would involve a change of control.

Investors’ appetite for gold seems to be faltering as the global economy appears to be getting back on its feet. Nonetheless, Commerzbank sees such a weakness as temporary.

“We regard this development as positive for the gold price in the medium term, because the exit of ‘weak hands’ paves the way for the next price rise,” the bank’s research note stated. “In view of the long-term inflation risks that go hand in hand with the extremely loose monetary policy currently pursued by central banks, investors with a long-term horizon can be expected to keep their investments in gold and are more likely to take advantage of the currently weak price to top up their gold holdings – we thus view the current price weakness as temporary.”

Investors are worried, however, about India’s proposal to double the import duty on gold to four percent. While India is a major gold buyer, it imports almost all of its metal requirements, and a tax increase would likely hit buying considerably.

On the corporate front, African Barrick Gold (LSE:ABG) completed a key stage of its North Mara Co-existence Plan to improve community relations and operations at its North Mara Mine. It has been able to sign individual agreements with all seven villages surrounding the site, and will be investing $8.5 million into the local communities over the next three years.