By Dave Brown – Exclusive to Resource Investing News The most recent edition of the Economist discusses several reasons for the recent drop in prices of commodities. It, however, also offers an explanation for the strong demand from emerging markets such as China. With China accounting for more than 40 per cent of the world’s … Continued 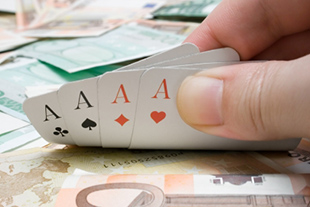 The most recent edition of the Economist discusses several reasons for the recent drop in prices of commodities. It, however, also offers an explanation for the strong demand from emerging markets such as China.

With China accounting for more than 40 per cent of the world’s demand for coal, and one third of the world’s demand for aluminum last year, escalating costs are going to act as a floor for commodity prices. The increased costs and production bottlenecks resulting from energy shortages or labour negotiations will continue to threaten global supply, and the price of these resources will be stabilized.

Next week promises to be interesting with a number of key announcements and news developments expected. The markets should have reason to react to data points and news flow each day starting with: Monday – existing home sales; Tuesday – consumer confidence, and new home sales; Wednesday – durable goods orders; Thursday – preliminary GDP; and Friday – personal income and outlays, and consumer sentiment numbers.

Cameco (TSX: CCO, NYSE:CCJ) announced it was reducing production forecasts as a result of unexpected water inflow increase at its flooded Cigar Lake project. This was good news for investors, as the reduced supply has expanded the gap between willing buyers and sellers, although buyers have yet to bite on the new prices. Additional activity within the global uranium industry has seen Jordan and China agreeing to a nuclear cooperation arrangement, with a focus on electricity generation and water desalination. The agreement will see the two countries cooperate on research of key elements including the development of nuclear energy, building and operation of reactors, mineral exploration, and nuclear waste disposal.

The most important news event for heavy oil and oil sands was the trip by Bill Gates and Warren Buffett to examine the Albertan oil sands. The resource-heavy TSX composite index was up 2.19 per cent by 286.29 points to 13,350.14, driven primarily by energy firms. The Financial Post reported, “Mr Gates and Mr Buffett, who in recent months said he favours investing in the Canadian oil sands because it offers a secure supply of oil for the United States, visited the booming hub to satisfy their own curiosity but also with investment in mind.”

Lead – Cutting back to conserve cash

Perilya (ASX: PEM) has decided it would cut staff at its Broken Hill mining property in order to reduce its current 720 employees to 320. The company has also decided to cut back on ore mass production in favour of smaller, higher-grade amounts. In the press release, Patrick O’Connor, Perilya’s Executive Chairman, said, “The resizing at the Broken Hill Operation is prudent, conserves cash and positions the operation for the future. The company is confident that the Broken Hill Operation can be sustained to maintain a level of continuity of production and one that is financially viable at current metal prices for at least the next 2 to 3 years without significant compromise to the longer-term life of mine.”

The “invisible hand” of Adam Smith has not been able to effectively remove the concentration of pricing power, as 65 per cent of the world’s supply of tungsten is sourced from China. The Chinese government has developed a reputation of stock piling resources and limiting global supplies in order to suit the country’s purposes. With the Olympic Games in the rear view mirror now, investors will wait with keen anticipation to learn what the Chinese may now have in store in terms of regulating policy to control prices for the near future.