By Dave Brown – Exclusive to ResourceInvestingNews.com Barron’s is running a front page story this week on the rejuvenation of rail transit. Resources investors are surely excused if they don’t quite share the same enthusiasm on the prospects of transportation companies like Union Pacific or Burlington Northern, however they should certainly be excited about the … Continued 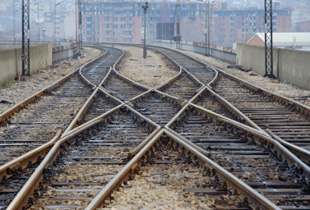 Barron’s is running a front page story this week on the rejuvenation of rail transit. Resources investors are surely excused if they don’t quite share the same enthusiasm on the prospects of transportation companies like Union Pacific or Burlington Northern, however they should certainly be excited about the underlying activity that would result from increased infrastructural development. The good news is articulated by the escalating congestion along existing rail lines with the declaration that, “if significant new track isn’t laid, Burlington Northern CEO Matthew Rose predicts a possible ‘rail meltdown’ and ‘rail traffic gridlock’ by 2035.” If a catalyst for pulling the US out of its current recession does point in the direction of railway transit, perhaps a rekindling of the frontier days of the gold rush and resources can’t be far off. It should also follow that prudent capital allocation of today, with a healthy exposure to resources companies and related industries will reward the Carnegies and Rockefellers of tomorrow.

On Friday, the International Atomic Energy Agency, approved a controversial agreement that would increase the number of Indian nuclear reactors it inspects in a move that should ease the way for a nuclear co-operation deal between the US and India. This should increase business for any companies which can supply uranium or other related civil nuclear technology for the South East Asian country in order to meet its growing energy demands.

Barron’s bullish call on the railway industry may be a forward indicator for a long term secular trend, but iron investors will be pleased to learn that the current pullback in US and European construction demands are more than offset by an insatiable appetite for steel in countries which are not impacted by these slowdowns.

A shrinking supply coupled with renewed enthusiasm caused the copper market to show the most positive activity in the past four months. A primary driver for the copper supply curve was the announcement from Grupo Mexico SAB (BOLSA: GMEXICO) that they have yet to set a date to resume production at Cananea, the largest copper mine in Mexico. Mexico’s largest mining company declined 1.3% to 17.8 pesos.

Indications of supply concerns from China, which is the world’s largest producer, have resulted in strong demand from hedge funds and steel companies after prices initially dropped earlier in the week.

Industry observers have historically seen the amount of activity in the summer months to dry up for the uranium spot market, however this year appears to be an anomaly. Perhaps, the most recent stabilization of the uranium spot price represents the proverbial “calm before the storm”, as recent international agreements have indicated greater demands may be forthcoming.

Silver: Putting on the “Rally Cap”

The spot price of silver has reached its lower limit and could break from its most recent trading pattern, according to some industry analysts.

Aurcana Corporation (TSX.V: AUN) issued a press release to announce drilling results estimates on a mining project located in Texas. The junior mining company acquired the property in July, and has plans to transform its business model into becoming an emerging silver producer.

The United States Geological Survey released a report on hydrocarbons in the Arctic Ocean. Of primary importance to investors is the apparent abundance of natural gas and crude oil north of the Arctic Circle, clustered within the accepted territorial waters of Canada, Russia, and the US.

Gas prices are showing sign of weakening as demand destruction continues with the slowdown in economic activity in the US. This price drop is welcome news for many other sectors, especially power utilities and energy-intensive resource producers.

As one would expect with the high price of oil, the big producers are pumping black gold and turning it into record profits. One caveat which will be of interest is that the increased energy costs actually hurt the operating margins and took a bite out of the profits, especially for the refiners.