By Dave Brown – Exclusive to ResourceInvestingNews.com Lowered expectations and prolonged uncertainty were seen as the key drivers, leading to market volatility late in the week for equity investors. Mixed economic data being released during the period included: readings of new-home sales, consumer sentiment and durable-goods orders, however these positive stories were buoyed by a … Continued 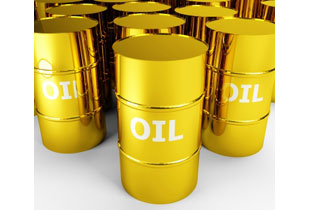 Lowered expectations and prolonged uncertainty were seen as the key drivers, leading to market volatility late in the week for equity investors. Mixed economic data being released during the period included: readings of new-home sales, consumer sentiment and durable-goods orders, however these positive stories were buoyed by a lack of confidence for any sustainable rally.

According to Bloomberg news, Iran’s OPEC governor, has warned of a dramatic spike in the price of crude oil, if political tensions should escalate and the US dollar continues to fall. Mohammad Ali Khatibi, has frequently opposed increased production by member nations, however the latest cautionary message seems very strong, especially since Iran is OPEC’s second largest producer. Mr. Khatabi has suggested that oil could climb as high as USD $500 per barrel. With as much as 40% of the world’s crude shipped through the Strait of Hormuz in the Persian Gulf, the supply of crude oil for the entire region could be threatened if a war situation were initiated.

Oil futures ended at a seven-week low of $123.26 a barrel in New York, down 4.8% on the week. Copper prices bounced back on Friday after dropping to a 5 week low on Thursday on perceived global demand weakness underscored by concerns about the impact of the U.S. housing slump. Uranium pushed ahead on positive sentiment for the nuclear industry, including a 20 year study which demonstrated a 12% increase of surveyed Californian voters supporting the construction of more nuclear power plants. Silver prices also advanced in New York on Friday, on speculation the dollar will continue to show weakness against the euro, which will boost the appeal of precious metals as an investment.

On Thursday, Southern Copper (NYSE:PCU) issued a press release to announce second quarter earnings for FY 2008. Mr. German Larrea, Chairman of Southern Copper offered positive sentiments for investors in light of the company’s 24% drop in revenue YOY, ”despite discouraging news regarding the world economy, we still see a strong market for copper and molybdenum in emerging economies such as China and India. This, we believe, will provide continued support for high metal prices in the foreseeable future.” Higher fuel and production costs, labour unrest, and lower demand were primary factors and acted to offset the record high copper prices.

Kazatomprom, Kazakhstan’s state-run uranium producer continues to voice its ambitions to overtake Canada and Australia in order to become the leading uranium producer in the world. The producer is also intending to introduce an element of vertical integration through its purchase of a stake in Westinghouse Electric from Toshiba, in order to participate in the entire nuclear cycle.

There were promising results from Avino Silver &amp; Gold Mines Ltd. (TSX .V: ASM) on Friday, as the company announced completion of the first NI 43-101 resource calculation from its San Gonzalo deposit located in the historic silver producing region near Durango in west-central Mexico.

Gas: The Eye of the Storm

Just as Tropical Storm Dolly appeared to be dissipating, the storm intensified into a hurricane early in the week, spurring precautionary shutdowns of some oil and gas infrastructure in the Gulf of Mexico. The first hurricane to hit the Gulf Coast this year, Dolly has now been downgraded to a tropical depression.

Suncor Energy (TSX: SU, NYSE: SU) announced an increase in net revenues of 12.3% for the second quarter of FY2008 on Thursday. The increase in earnings was primarily due to improved price realizations on oil sands products as benchmark crude prices rose to historically high levels, and strong results from natural gas operations, which offset diminished oil sands production and increased operating expenses and reduced margins in the refining and marketing business. Earlier in the week the company reported that Alberta Energy Resources Conservation Board has lifted constraints on production at company’s Firebag in-situ oil sands. Steve Williams, Chief Operating Officer commented optimistically, “We’re pleased that the ERCB has recognized these accomplishments and we’re looking forward to safely ramping up Firebag production.”