US Geological Survey reported that in 2017, the US was 100 percent import reliant on 21 minerals, including rare earths, manganese and vanadium.

US mines produced an estimated $75.2 billion of raw mineral materials in 2017, up 6 percent year-on-year.

But according to the US Geological Survey (USGS), the country continues to rely on foreign sources for various raw and processed mineral materials.

In a report released last Wednesday (January 31), the USGS National Minerals Information Center states that the US is still 100 percent important reliant on 21 mineral commodities, including rare earths, manganese, niobium and vanadium. This number has increased from just 11 mineral commodities in 1984.

Thirteen mineral commodities produced in the US were worth more than $1 billion each in 2017. The estimated value of US industrial minerals output was $48.9 billion, 3 percent more than in 2016. 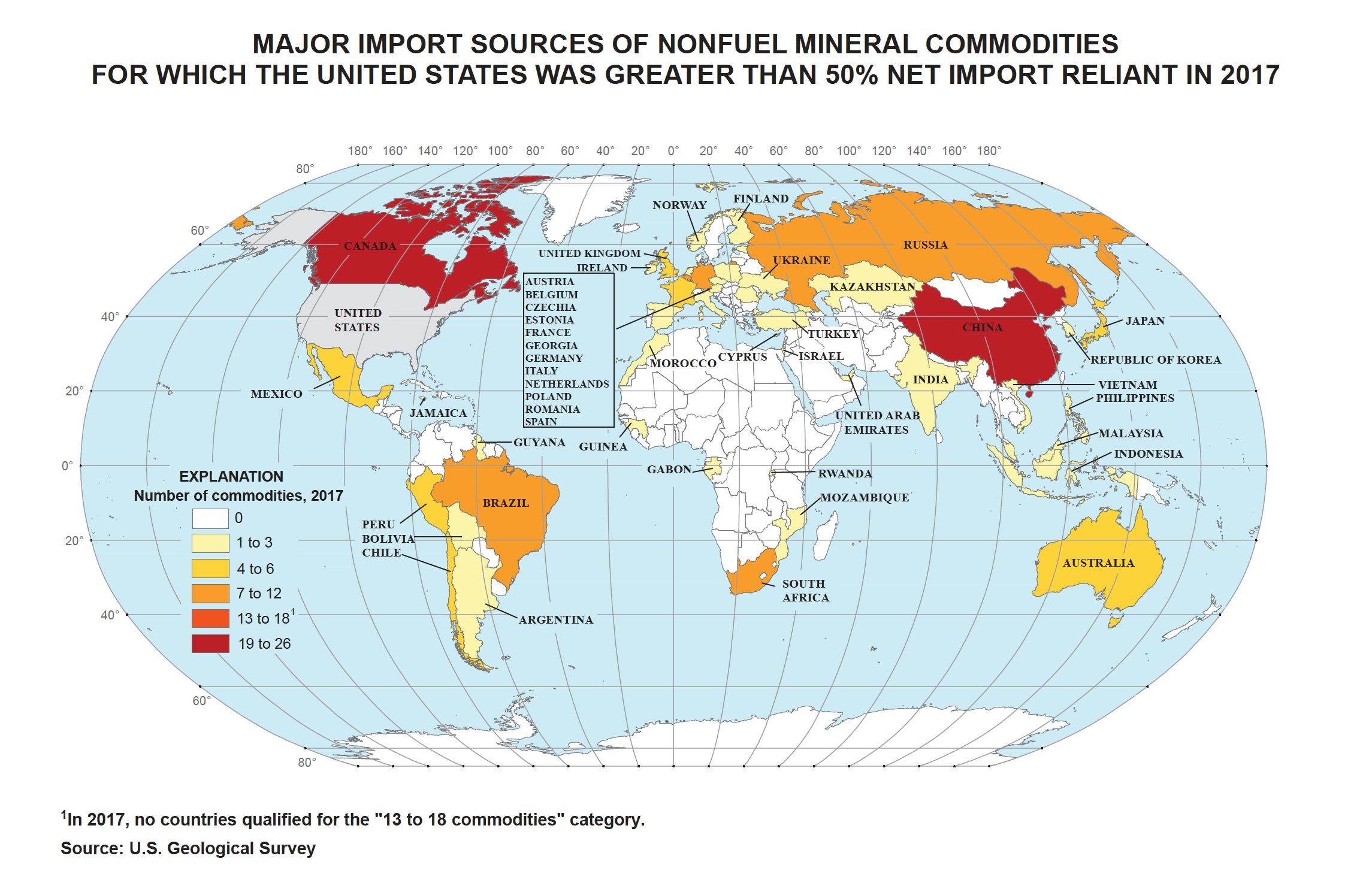 Countries that supply mineral commodities for which the US was more than 50 percent import reliant in 2017. Map via the USGS.

The USGS estimates that US metal mine production in 2017 was $26.3 billion, 12 percent higher than the amount seen in 2016. While most metals experienced higher prices in 2017, domestic production was lower than the previous year.

Other significant findings from the report are as follows: