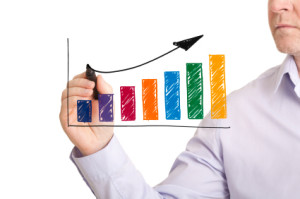 Last week, the share prices of a number of junior resource companies on the TSX Venture Exchange increased.

Argentina-focused Samco Gold grew by 40 percent last week to reach a value of $0.35 per share. The company’s main property is El Dorado-Monserrat, an 8,000-hectare project located next to AngloGold Ashanti’s (NYSE:AU) Cerro Vanguardia gold mine. It “hosts over 15km of outcropping, low sulphidation epithermal gold-silver mineralized veins associated with identified domal features,” and Samco believes that geophysical examination of the area will reveal more targets “as well as strike extensions of others.”

Last week, Northern Graphite rose 35.44 percent to reach $1.07 per share. The company owns the Bissett Creek deposit in Eastern Ontario and is the only public company with a large-flake graphite deposit, bankable final feasibility study and major environmental permit.

Commenting on its sudden share price increase last week, Northern Graphite said it was “unaware of any undisclosed material change or corporate development that would account for the recent increase in the Company’s share price.” Its last news release prior to that statement was put out on June 24.

Bacanora Minerals rose by 22.8 percent last week, reaching $1.45 per share. The company mines for industrial minerals in Mexico, focusing on borates and lithium.

According to Alliance News, Bacanora began trading significantly higher after an initial public offering on London’s Alternative Investment Market. Colin Orr-Ewing, chairman of Bacanora’s board, said in a press release, “[t]he successful listing on AIM and the completion of this brokered financing provides Bacanora with the financial resources and the capital markets’ platform to accelerate the exploration and development of our two key projects.”

Canada’s BE Resources increased in value by 22.6 percent, hitting $0.38 per share last week.

The company’s website shows little recent activity, but earlier this year it optioned a 100-percent interest in the LaFlamme graphite property via its subsidiary, 8716650 Canada. LaFlamme is located in Quebec and is close to two gold projects.