New report aims to provide a roadmap for investors looking for big profits in the rough-and-tumble world of junior mining stocks. 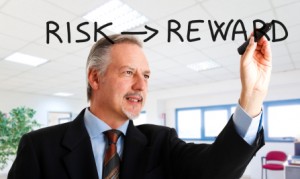 The TSX Venture Exchange is no place for the faint of heart, but investors who can get past the fear that is currently gripping the resource market can pocket huge returns from select Venture-listed companies.

That is the conclusion of a new report from Pinnacle Digest, an online newsletter for resource investors looking for aggressive growth. The report, “Is the TSX Venture a Safe Place to Invest? Success, Failure and Corruption in the Mining Industry,” was released last week.

It was written by Aaron Hoddinott, managing director of Pinnacle Digest, and Alexander Smith, the company’s head of market research. It’s based on meetings the pair held with a wide range of players in the junior mining business, from company managers to geologists and corporate lawyers.

“The TSX Venture is our focus at Pinnacle Digest,” Hoddinott said in an interview with Resource Investing News. “We wanted to share the historical relevance of the low valuations, the lessons we’ve learned from great leaders in the industry — as well as the not so great — and how Alexander and I have learned to spot opportunities.”

Investors must embrace volatility to profit on the TSX Venture Exchange

All in all, it’s a pretty compelling read. Hoddinott and Smith look back at the 11-year history of the exchange and paint a picture of breathtaking highs and sharp drops. The index includes 1,275 mining and resource-exploration companies, more than any other exchange in the world. That, along with the fact that most of these firms are junior companies — which mainly exist to make a big resource find and then sell it to a major mining firm — is a recipe for “extreme volatility,” according to the authors.

The upside? After each one, the Venture has put on a dramatic rise.

Here’s what the numbers say. According to Hoddinott and Smith, the TSX Venture Exchange’s average loss during a correction stands at 36.25 percent. However, once the rally kicks in, it tends to be huge: the average gain coming out of a downturn is 98.08 percent. Moreover, bull markets tend to run almost twice as long as bear markets: 11.83 months on average compared to just 5.78 months.

The takeaway for investors: learn to embrace that volatility. That means you can’t get attached to these stocks. Instead, because bull markets are just shy of a year in duration, you have to be ready to cash in when the rally ends. But to make the really big money, you have to learn to spot the earmarks of a coming rise.

And the next upturn, argue Hoddinott and Smith, could be right around the corner.

The authors lay out a compelling case for why the market could be on the verge of another rise. For one, the current correction has dragged on for 18 months, far longer than the average bear market.

More importantly, even though most resource prices have suffered lately, they remain near historic highs, something that’s out of step with the low prices of many junior mining stocks. The authors point out:

“The miners of these metals are making near record margins. Fundamentally, that is remarkable news for the TSX Venture and the explorers that trade on the exchange. However, the reality is different from fantasy. Share prices of these exploration companies have been drastically reduced over the last 18 months. This sell-off has been entirely fear driven.”

But while panicked investors are hitting the sell button, major mining companies are looking to buy. That’s because the cost of building and operating new mines is rising, and many of the easiest-to-reach deposits have already been exploited. When you add in bargain-basement prices for juniors, you get the potential for a wave of merger and acquisition (M&A) activity across the sector. Already, the authors note, M&A activity is up 25 percent in the first six months of 2012 from the same period last year.

But that wave won’t lift all boats. The key, according to Hoddinott and Smith, is to hold the right juniors at the right time.

Hoddinott and Smith call solid management “the most important asset” for a TSX Venture company. For investors, that means taking a critical eye to the past accomplishments of the team at the top. The authors comment:

“Learn about the leaders in this space who have been bought out before, taken assets to production stages or formed joint ventures with the mining titans of the world. Investing in these people is what you want.”

One telltale sign? Look for the “grey hair” on a company’s management team: that is, older executives who have proven track records. But that doesn’t mean you should completely rule out companies that are headed by young people — just make sure they’re backed up by mining-industry veterans.

“It is not a terrible thing to have a young CEO run a junior resource company,” state Hoddinott and Smith. “But if a seasoned technical team — often with plenty of grey hair, or no hair — does not support him, the company is going to make crucial, shortsighted mistakes.”

The report lists a wide range of other earmarks of a junior with bright prospects, like insider involvement (if a company’s management team isn’t putting its money into the company, neither should you) and location. If a company relies too heavily on a politically unstable country like Venezuela, say, it risks having its project swiped by a corrupt foreign government just when it’s about to become profitable.

In addition, the report shows investors, step by step, how to compare stocks they’re considering to others with similar operations. That is something that many investors overlook, according to the authors.

“Think about it,” they explain. “When you are in the market to buy a home and your budget is, for example, $400,000, you look for the best value your money can get by viewing all homes within your price range. Investing in junior mining stocks is no different.”

The crucial step: build a network — and don’t be afraid to ask questions

When asked for his most important piece of advice for any investor considering dipping a toe into the TSX Venture Exchange, Hoddinott again cites experience:

“If there’s one piece of advice I can give anyone looking to actively play junior resource stocks, it’s to build your network of industry professionals,” he asserted. “Their knowledge will save you a lot of stress, especially in the early years of learning how to do proper due diligence.”