Mining companies operating within the nickel; tantalum and potash industries find headlines because of organizational restructuring, while many resources investors continue to watch with interest as the growing oil spill in the Gulf of Mexico generates massive speculation. 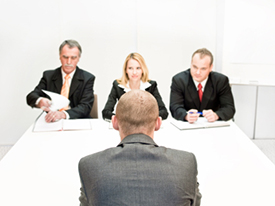 The global nickel market may be in a slight deficit this year, where primary nickel consumption is likely to climb 9.5 percent in 2010 to 1.435 million tonnes, while primary nickel supply is only expected to rise 5.3 percent to 1.4 million tonnes, resulting in a deficit of 35,000 tonnes. At an industry conference, John Barkas, a director at the metal consultant group Metalytics Ltd. forecast that global stainless steel production is expected to rise 15.3 percent to 29 million tonnes and is driving the increase in nickel demand, which slumped during the global financial crisis.

Shares in Russian miner Norilsk Nickel (LON:MNOD) extended gains Thursday, rising 5 percent after it recommended paying more than $1.3 billion in dividends for 2009. An upcoming vote next month on its new Board of Directors could bring changes to the world’s largest nickel producer’s management and operations.

When Oleg Deripaska purchased a 25 percent stake in Norilsk in Fall 2008, it sparked a power struggled with Vladimir Potanin. Mr. Deripaska has a reputation as an aggressive businessman and some observers believe shift of control of the company might lead to higher profits and a better relationship with Russian government.  Norilsk is considering selling its 51.3 percent stake in Stillwater Mining, the only U.S. producer of palladium and platinum. Norilsk is also currently reviewing a possible sale of some under-performing nickel assets in Australia, which have been idle for a year.

As the fifth week of extensive coverage of the British Petroleum (NYSE: BP) well spilling oil into the Gulf of Mexico continues, speculation of a prolonged and unavoidable criminal investigation grows.  The liability could extend well beyond BP as Transocean Ltd (NYSE:RIG) operated the Deepwater Horizon rig drilling the well, Halliburton Co. (NYSE: HAL) did cementing for the well, and Cameron International Corp. (NYSE: CAM) provided the blowout preventer that is designed to stop an uncontrolled flow of oil and gas.

For his part, Louisiana State Governor Bobby Jindal has called on the White House and BP to either secure the oil spill or “get out of his way.”  The oil has already hit more than 65 miles of shoreline, and the slick is now as big as Maryland and Delaware combined.

The Chief Operating Officer of Potash Corp. of Saskatchewan (NYSE:POT) James Dietz will retire at the end of June to be replaced by current head of sales David Delaney. Stephen Dowdle, the current senior vice president of fertilizer sales will be promoted to Delaney’s position as head of sales.

Fertilizer maker, Intrepid Potash Inc. (NASDAQ:IPI) has named CEO Robert P. Jornayvaz III to the newly created position of executive chairman of the board and changed his role from CEO to principal executive officer. Meanwhile, David W. Honeyfield has been promoted to president from executive vice president and will continue to serve as chief financial officer, treasurer and secretary. Hugh E. Harvey Jr., Intrepid’s chief technology officer and board member, is now executive vice-chairman of the board, transitioning from his role as chief technology officer.

Under previous management, investors grew weary of Noventa (LON:NVTA) as it developed a reputation for failing to deliver. The company set high production targets, only to lower them after it became clear they could not be met. Noventa missed the revised targets.

Behind those failures were a series of problems and setbacks at the Marropino mine, the second-largest tantalum producing asset. Since it opened in 2006, it had struggled to reach its targeted capacity, which led to cash flow problems. With share prices down 95 percent since their initial offering in March 2007, the mine was placed on care and maintenance indefinitely in May 2009.  The world-class tantalum deposit had failed to turn a profit in two-and-a-half years and Noventa was at the point where it needed a fresh start.

A new board took over the company and elected Eric Kohn to the position of chairman in July 2009.  Kohn is an engineer by trade and his fingerprints are on several turn-arounds, most notably with Holmes Protection Group in the early 1990s. Now he believes Noventa is on the right track to becoming a major long-term producer of ethical tantalum concentrate, though there is still work to be done.

Mr. Kohn said plans are in place to refurbish three diesel generators so the site has a reliable source of backup power.  Finally having the plant connected to the electrical grid is one of several essential factors for success.

Now, Kohn believes most of the major issues that plagued the mine have been identified with practical plans to be resolved, anticipating the plant should be in full production by early 2011.  With a new attitude and a new approach Noventa seems to have turned the corner. If the structural problems at Marripino have finally been solved and the mine goes into full production, what was once considered one of the richest tantalum deposits in the world looks to finally turn a profit.

Preliminary data from the Indonesian ministry of trade recently indicated an increase in shipments of refined tin in April. For the previous month, 7,926 tonnes of tin were reported prior to export by surveying companies, up from 6,576 tonnes the previous month and 30 percent higher than in April 2009.  This reported increase was ascribed to improving weather conditions. Tin production in the first three months of 2010 was significantly impacted by heavy monsoon rain and winds, which created impediments to mining for tin offshore. The cumulative tonnage checked for export in the first four months of the year was 27,901 tonnes, down 12.9 percent compared to 32,041 tonnes in January-April last year.