The industrial metals sector as a whole is expected to improve this year and next as global economic growth improves, although the going will be slow. RBC Capital Markets recently gave its perspective on the short- to medium-term silver market expecting silver’s fundamentals to remain positive as industrial and investment demand increase and outpace new mine supply in 2010. 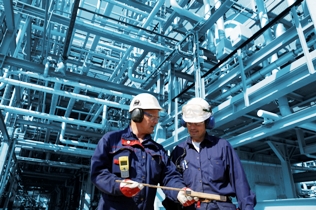 After rallying 5.5 percent on the back of the Chilean earthquake, copper prices dipped ranging between lows of $7,255 per tonne and highs at $7,634 per tonne on the LME.  Tuesday, prices hit $7,545.00 per tonne. Copper’s recent descent is dollar-driven. Fears over the stability of the Euro-zone economies are making the greenback a relatively strong currency, which in turn is making copper and other dollar dominated commodities more expensive for holders of other currencies.

The red metal’s downside is being capped by declining stocks. LME inventories have fallen 9,000 tonnes since March 2 to 541,575 tonnes. Canceled warrants- evidence that near term inventories will continue to shrink-jumped to hit 26,725 tonnes Monday, up from 3,625 tonnes on Feb. 8.

Over in New York, the COMEX was taking cues from the weak LME market. Upon opening on Tuesday, copper futures were pushed back by both the greenback and investor caution over risky assets. Most active copper for May delivery dove 3.90 cents, or 1.14 per cent, to $3.3715 per lb.  Early day trading range spanned from $3.355 to $3.425.

London based copper producer Antofagasta fell short of analysts’ expectations for 2009 net income.  In a statement issued on Monday, Antofagasta declared its net income dropped to $667.7 million, from $1.71 billion in 2008, missing the $686 million median mark of analyst estimates. The average price of copper for immediate delivery on the London Metal Exchange dropped 26 per cent to $5,178 a tonne.

On Monday Salares Lithium (TSX-V: LIT) reported the results of the first phase of a transient electromagnetic survey completed on the northern portion of the Salar de la Isla. There is potential for additional brine bearing horizons beyond where the TEM was able to penetrate.

Rodinia Minerals (TSX-V: RM) issued a press release last Thursday, to report positive sample results from its reverse circulation drill exploration program on its Clayton Valley lithium-brine project in Nevada. The company is encouraged by these results and believes, based on previously published data in the area, they may be indicative of higher concentrations of lithium and potash than historically reported commercial production grades in the area.

On March 5, Canpotex announced a price hike of US$30 per tonne of potash. This price increase mimicked increases by European (BPC), which raised its price recently by $25 a tonne, as well as German potash supplier K+S.  Now, potash prices have hit $415 and $430 a tonne for standard and granular grade potash, respectively.  Prices have climbed up over 21 per cent this year, and upgrades to fertilizer producers have followed suit.   One Canaccord Financial Inc. analyst shared his new projections for the major North American Producers: the one-year target price on Potash Corp. up to $145 a share from $130, Mosaic to $80 a share from $77, and Agrium Inc. to $75 a share from $70.

However, there are differing opinions of potash’s future. In a presentation to the Prospectors and Developers Association conference Sunday, T.D. Newcrest minerals analyst Paul D‘Amico warned minerals analysts and investors that potash prices will remain flat for the rest of this year, but may see some price leverage gain next year.  He predicts that potash will hit $500 tonne in 2011.

After starting the week off strong Monday morning, the spot price of silver in New York closed down to $17.25 an ounce. Prices plunged further in early morning trading Tuesday to as low as $16.86 before climbing back up to close at $17.29 an ounce.

Silver is showing it’s still very much tied to gold, tracking the yellow metal down on price chopping news out of China, the oil trade and the currency markets. On Tuesday, gold fell as low as $1107.60 an ounce before rebounding later in the day to $1122.20.

Despite the gold market’s heavy influence over precious metal silver’s price actions, many analysts still see the white metal’s industrial side having a major impact on the market over the long-term.

The industrial metals sector as a whole is expected to improve this year and next as global economic growth improves, although the going will be slow.  RBC Capital Markets recently gave its perspective on the short- to medium-term silver market expecting silver’s fundamentals to remain positive as industrial and investment demand increase and outpace new mine supply in 2010. RBC puts its average silver price forecast at $15 per ounce for 2010 and beyond.  In a recent interview with Resource Intelligence, Managing Director of CPM Group Jeffrey Christian showed his bullish side with a $20 to $22 an ounce silver forecast over the first four months of 2010 with an average price of $17 to $18 for the year.

In last week’s Throne Speech, the Harper government laid out plans to liberalize foreign investment in the Canadian uranium industry in an effort to stimulate mining activity. The move comes at a critical time as Canada, the long-time leader in global uranium production, will fall behind Kazakhstan this year and risks being outdone by Australia in the near future.

Part of the government’s plan would include simplifying the regulatory and project approval process in Canada’s resource sector, which nuclear energy companies view as key to providing certainty in a very cost intensive industry.

Canadian junior miners will also benefit as the government will extend the 15 per cent mineral exploration tax credit yet another year until March 31, 2011.  The “flow-through system,” as it is called, helps create interest in junior miners who need help funding exploration projects. It permits these companies to “flow through” their exploration costs to Canadian investors, who can then use them as a write-off on their taxes.