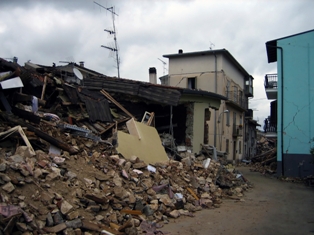 The Chilean earthquake boosted copper prices as concerns over supply threats permeated the market.  The 8.8 magnitude quake hit over the weekend and when the markets opened Monday the red metal climbed the most in nearly a year. Monday’s rise in copper comes on the back of February’s 7.1 per cent rise, the strongest monthly gain for copper since August 2009.

Chile is the world’s powerhouse when it comes to copper production, supplying nearly one third of global demand, with six of the world’s 28 main copper mines located in the nation. Most mines and production facilities escaped major structural damage, although electricity cuts temporarily disrupted about 17 per cent of Chile’s copper production, or almost 5 per cent of world production.  Fortunately, most of the copper mines are in the northern section of the country far away from the quake’s epicenter.

By Tuesday, the world’s largest copper supplier, state-owned Codelco released a statement that Andina mine operations would return to normal later in the day. As news from mines showed disruptions could be temporary, copper prices that spiked after the quake began to revert to the mean. Benchmark copper on the London Metal Exchange was trading at $7,332 a tonne at 1109 GMT compared with $7,400 at the close on Monday.

After posting 2 per cent gains for February, spot gold is on a tear this week reacting to volatility in the currency markets, uncertainty over European debt issues, as well as higher copper and oil prices.  Each day, gold has continued to post gains climbing as high as $1146 an ounce by Wednesday as the dollar lost ground to the euro. More optimistic sentiment entered the market after Greece announced plans for a 4.8 billion euro austerity package meant to curtail its financial woes. Gold closed the day at $1139.60 an ounce.

BC-based miner Bralorne Gold Mines [TSX.V: BPM] announced this week that it has encountered more high grade results from the BK zone including a grade of 35.23 g/t over 36.5 metres, adding to a growing list of high grade assays sampled in the zone.  Bralorne plans to put an existing 120 ton per day mill into production in early 2011 before expanding the mill to accommodate up to 280 ton per day soon after. For the BK zone’s narrow vein high grade system, 280 ton a day is the optimal rate for production and still economical with grades as low as 7 g/t at a gold price of $800.

Fertilizer producer Intrepid Potash [NYSE: IPI] announced plunging Q4 2009 profit, but is optimistic about what 2010 has in store.  The company is blaming plunging profits on lower prices. Intrepid earned $6.7 million, or 9 cents per share, compared with a year-ago profit of $22.7 million, or 30 cents per share. Analysts expected a profit of 11 cents per share on revenue of $64.3 million. Intrepid said the realized net sale prices for the potash it produces were about $408 per short tonne on average in the fourth quarter, compared with an average of $762 per short tonne in the fourth quarter of 2008. The company said potash prices “appear to have stabilized and may be heading higher.”

CF Industries Holdings Inc. [NYSE: CF] relaunched its hostile bid for Terra Industries Inc [NYSE: TRA], betting that a higher price of $4.75 billion would help it break up Terra’s planned takeover by Yara International [OSE: YAR]. CF, is currently fighting its own hostile takeover attempt from Agrium [TSX: AGU].  Last month, Terra agreed to be bought by Yara for $4.1 billion in an all-cash deal that valued the company at $41.10 per share. CF will counter-bid, claiming that Terra is worth $5 more per share to the company than to Yara, given the synergies. CF has counter offered US$37.15 in cash and 0.0953 shares for each share in Terra. The company has already secured financing for the deal, including $2.8 billion from Morgan Stanley Senior Funding Inc and $1.25 billion from the Bank of Tokyo-Mitsubishi UFJ Ltd.

On Monday, Professor Barry Brook of the University of Adelaide told attendees at the Paydirt 2010 Australian Uranium Conference that global uranium demand should quadruple over the next 30 years. “Under this growth scenario, global uranium consumption will rise from 69,000 tonnes annually at present, to about 285,000 tonnes annually by 2040.” While uranium spot prices may be expected to remain flat for 2010 and into 2011, rising demand from the growing nuclear power utilities sector will benefit uranium prices over the long-term.

Bayswater Uranium Corporation [TSX-V: BYU] has announced the start of a 5-7 drill hole program on the Fife Island target on its Collins Bay Extension Project in Saskatchewan. The miner also plans to drill a minimum of three holes in a second target just 8 km east of Cameco’s Collins Bay-Eagle Point Mine. The work will be conducted by CanAlaska Uranium Ltd [TSX: CVV].  On Monday, shares of Bayswater Uranium on the TSX-Venture were trading at 0.52 cents.

Silver in New York climbed to $16.77 an ounce Monday, its highest level in nearly a month, before falling to close at $16.46.  However, Tuesday saw silver spot prices rallying to as much as $17.11 an ounce tracking gold, copper and oil higher despite dollar strength.  Because silver is an industrial metal and also a by-product of copper mining, its price often correlates with movements in copper prices, which rose sharply over possible supply disruptions from the Chilean earthquake.

The US Commodity Futures Trading Commission (CFTC) says it will hold a public meeting March 25 to investigate claims of manipulation and discuss setting speculation limits in precious metals futures markets.  The public meeting “will be part of our ongoing look into how the commission regulates futures and options markets on commodities of finite supply” and will be similar to last summer’s energy market hearings, said CFTC Chairman Gary Gensler.