By Melissa Pistilli-Exclusive to Resource Investing News   Coal Investing News Coal prices have been comatose for the last six months, but institutional money poured back in this week. Deutsche Bank AG also raised its 2010 forecast by 36 per cent to $175 a tonne. Recovering coking coal prices are expected to fuel an investment … 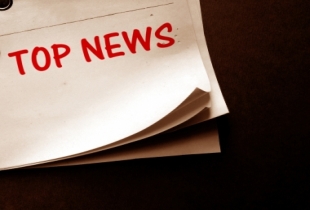 Coal prices have been comatose for the last six months, but institutional money poured back in this week. Deutsche Bank AG also raised its 2010 forecast by 36 per cent to $175 a tonne.

Recovering coking coal prices are expected to fuel an investment boom in Queensland where mining giant BHP is ready to spend US$267 million to ramp up development of its Caval Ridge coking coal mine and its Hay Point Coal Terminal. Both projects are jointly owned with Mitsubishi.

Rising demand from China and India for thermal and metallurgical coal is sending the two resource hungry nations to scour Australia for possible acquisitions.

Xstrata, the global leader in thermal coal production, has had to halt operations at its jointly-owned Bulga mine as workers strike over wages. Bulga usually produces 8 million tonnes of thermal coal and semi-soft coal per year.

TSX-listed Coalcorp Mining Inc is embroiled in a legal battle with Blue Pacific Assets Corp over financial arrangements surrounding the Francia mine in Columbia.

Demand for diamonds from China and India remains strong and the US market is showing signs of recovery. Global demand is expected to double by 2020 bringing increased production. However, lack of top quality diamonds could lead to some price instability in the long term.

The United Selling Organization of Russian-based diamond miner Alrosa has reported a positive change in demand the first weeks of this year and expects sales to exceed $300 million this month.

The steel market is expected to grow by 9.2 per cent this year on rising demand from the US, Japan and Europe. BHP, Vale and Rio Tinto have posted increases in their iron ore output.  Chinese demand is helping to boost the market. Iron ore contract prices are expected to rise by as much as 40 per cent in 2010.

Contract prices have been slowly moving from the traditional benchmark system to the spot market for some time now, but it seems the benchmark system is finally on death’s doorstep as more and more deals are negotiated by spot price spurred on by BHP. Vale and Rio Tinto have stuck to the annual contract system, but Rio has recently begun to increase its spot sales.

The discount “China Price”, say analysts could unsettle the market price. However, this row might benefit Canadian producers who may see a 12 per cent jump in coal prices and Canadian juniors who may see their share prices rise.

While North American potash producers are confident the market will rebound this year, analysts say prices will remain depressed. Dahlman Rose &amp; Co has lowered its 2010 and 2011 price forecasts to $347/tonne and $368/tonne respectively. Barclays Capital says its long-term bullish on the fertilizer industry.

TD Securities analyst Paul D’Amico has cut his rating on Potash Corp of Saskatchewan from “hold” to “reduce” on weaker-than-expected demand from China. Barclays assigned the company an overweight rating.

Vale is looking to acquire Bunge Ltd’s fertilizer assets in Brazil and plans to begin producing phosphate-based fertilizers in Peru this year. Encanto Potash Corp has released an estimate of the grades and thicknesses of the potash beds in historical oil wells surrounding the company’s Muskowekwan property.

There are hopes in the market that rare earth metals will see significant price increases this year. Today, China has control of nearly 96 per cent of total global supply and there are hints that it may start limiting access to that supply. Prices of some Chinese REEs have increased sharply this year since reports of China’s intentions hit the newswire. Perhaps it’s time for other nations to start ramping up their REEs exploration and development projects.

Stelmine Canada this week closed an acquisition agreement for a 100 per cent interest in 9 mining claims in Quebec. Great Western Minerals Group has filed an amended and restated preliminary short form prospectus with the securities regulatory authorities in the provinces of BC, Alberta, Saskatchewan, and Ontario concerning an offering of units for gross proceeds of up to $7,000,000 and subject to a 15 per cent over-allotment option at an issue price of $0.28 per unit.

Market analysts are turning bullish on uranium mining stocks, especially producers and those moving toward first production. Explorers with promising resources in the ground offer exciting endeavors for those not adverse to risk.

There’s speculation brewing that Cameco may make a play for Paladin Energy as it looks to secure its position as number two top dog in the uranium market. Paladin, once considered a costly acquisition by the mining giant, has seen its share price drop by 15 per cent in the last three months making it a more attractive target.

The Mongolian government restored the mining license on the Dornod deposit last week after temporarily suspending it in July of last year. However, Khan has received notice that the government may wish to extend its ownership in the project from 21 per cent to 51 per cent, which it can do under the new Nuclear Energy Law passed last year. Khan has until the end of this month to come up with a “favourable resolution” or the license could be revoked once again.