Silver has taken off since last Thursday as growing concerns over Euro Zone debt pushed risk adverse investors away from paper currencies and into the precious metals. 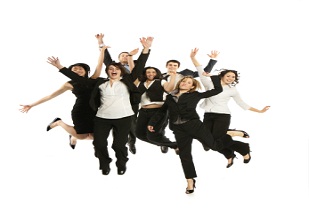 Silver has taken off since last Thursday as growing concerns over Euro Zone debt pushed risk adverse investors away from paper currencies and into the precious metals. This flight to safety and the global surge in economic activity have sent silver to a recent peak of $18.89 an ounce, touched yesterday. The precious metal’s previous high was reached last December.

Silver has enough momentum to resist downside from the latest announcement that Mexico would ramp up silver production. With the market focused on the long-term outlook, recent trends in physical supply have had limited influence on current day prices.

For the July contract, the metal is getting critical support at $18.595, a level analysts say could drop to the $18.50 level if the Greenback holds its strength and the US equity market turns negative. In the near-term, the largest risk the silver market faces is a mass liquidation. In order for this to happen, the US equity market would have to be on the brink of collapse, and the Euro Zone crisis would have to worsen. Last night when fears over the Euro Zone hit the markets, a significant decline in stocks of 1.2 million ounces happened overnight.  Upon market opening, silver still held support at $18.55 an ounce.

The opposite, optimistic outlook is just as likely to hit the silver market.  Many analysts claim that a corresponding flight away from debt laden paper currencies could provide tremendous upside to the silver market.

Goldcorp (NYSE:GG; TSX: G) will sell its Escobal silver project to Tahoe Resources, a new private company lead by former Goldcorp CEO Kevin McArthur. The sale is for $505 million; in addition, Goldcorp will receive shares equal to 40 percent of Tahoe, which is planning an initial public offering in Canada, and the balance in cash of at least $230-million, depending on the results of the offering. The deal should close by June 8, the firm said.

Tahoe said separately that it has filed a preliminary prospectus for the IPO, and will use the proceeds to cover the cash portion of the Escobal acquisition, and for engineering studies and continuing exploration of the Escobal project. The Escobal deposit in Guatemala was discovered by Goldcorp in 2007 and the company has since outlined an indicated resource of 130.1-million ounces, plus 187.5-million ounces in inferred resources. In addition to silver, the deposit also contains some gold, lead and zinc. The sale has been approved by Goldcorp’s board, but remains conditional on Tahoe completing its IPO.

Silver America (OTCBB: SILA) has acquired the Keeno Strike Property silver and gold project in Clark County, Nevada. The project’s exploratory work program will test ~1.1 million ounces of gold and ~69.0 million ounces of silver unavailable to the industry at the time these properties were initially developed. If the above estimates are proven and added to the additional mineral deposits of lead, zinc, and copper, the property could contain an estimated equivalent gross in situ value in excess of $3 billion. The Keeno Strike Property is located roughly 30 miles southwest of Las Vegas in the Goodsprings/Yellow Pine Mining District, which, in addition to containing deposits of copper, cobalt, nickel, zinc and lead, has produced significant quantities of gold and silver.

Due to a delay in the auditing process, US Silver Corporation’s (TSXV:USSIF) year end 2009 statements will not be released for another week. The 2009 results were due for release by the close of business on April 30, 2010. Both the Company and the auditors are working diligently to complete the audit process. The Company is not aware of any financial or operational events of a material nature other than those previously disclosed. US Silver Corp owns and operates the Galena Mine in the historic Silver Valley of North Idaho. The Galena Mine and Mill, along with the Coeur Mine and Mill and the Caladay Project were acquired from Coeur d’Alene Mines Corp (NYSE:CDE) on June 1,2006.