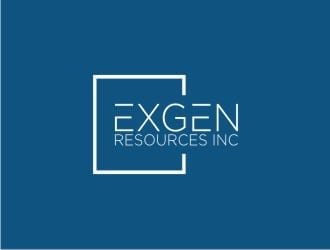 ExGen Resources Inc. (TSXV:EXG; OTC:BXXRF) (“ExGen”, the “Company”) is pleased to provide an update in respect of Phoenix Global Mining Ltd.’s (“Phoenix”) exploration and development activities at the Empire Mine Project in Idaho, USA. Further to previous ExGen news releases, ExGen owns a free carried 20% interest through to start of construction and Phoenix owns 80% of Konnex Resources, Inc. (“Konnex”), which holds the leases and claims to the Empire Mine Project. ExGen further has a 2.5% NSR royalty on the Empire Mine Project and is one of Phoenix’s largest shareholders, owning 1,330,000 common shares (4.18% of Phoenix).

ExGen is pleased to announce that it has received the next set of assay results from the continuing drill program conducted by its Joint Venture partner, Phoenix, at the Empire Copper Project in Idaho, USA (the ‘Empire Mine’). The results of the 2018 drilling program, to date, were published in September, early October, and November and can be found under the Company’s filings on the SEDAR web site at http://www.sedar.com/.

Dennis Thomas, CEO of Phoenix, said, “The drilling results from the recently discovered RedStar Zone, together with the surface sampling results reported on [November 8, 2018], help confirm that the Empire mineralised system extends well beyond the near surface copper-oxide resource which is currently the subject of our Empire Mine Feasibility Study. The 1,837-acre property is developing into a [larger-scale] opportunity. Assay results of 360 g/t silver and 9.92% lead over 9.1 m, along with a 1.5 m intercept of 1,111 g/t silver and 20% lead, confirm the Company’s original hypothesis that the Empire Mine’s mineralisation zone is part of a considerably larger mineralised system which includes the RedStar Zone and the Horseshoe Block. [Reported lengths are core lengths as true widths have not yet been determined].

“The RedStar Zone and the Horseshoe Block to the north appear to be the “upper” portion of the whole mineralised system with an underlying zone of Empire Mine style copper, zinc, gold and silver mineralisation. The RedStar Zone drilling results, coupled with the precious and base metal production history in the Horseshoe Mine itself, are further evidence of the [enlarged mineralization] potential along the 3.5 km strike. We have only now begun to understand the full scale of the opportunity.

“Systematic mapping, sampling and drilling work outside the oxide resource envelope will certainly continue and we will build on the latest information from the RedStar Zone to confirm the continuity of the mineralisation to the north-northwest from the Empire Mine.

“We believed we would find evidence of additional mineralisation by continuing exploration along the whole 3,500 m length of known mineralisation within the property boundary and investigating the mineralised outcroppings and old workings within this large mineralised system. The recent RedStar Zone results appear to have justified our decision.

“Finally, the drilling program around the oxide resource envelope at Empire Mine zone continues to return robust results from both the infill holes and stepout drill holes. Infill holes are targeted to upgrade and increase [the current resource], while step out holes are designed to [potentially] expand the [current] resource outline. This drilling will [hopefully] enhance the new resource estimate scheduled for completion in the first quarter of next year. High-grade copper and silver assays, most notably 1.30 m grading 12.05% copper and 444 g/t silver and 37 m of 0.57% copper with 11.74 g/t silver, continue to demonstrate the continuity of the oxide resource and provide additional evidence for high grade sulphides at depth. [Reported lengths are true widths].

“We look forward to keeping shareholders updated on our progress.”

Mr. Jason Riley, CEO of ExGen commented: “We are very pleased with this latest round of drill results from RedStar that continue to indicate the possibility of a larger scale area play at Empire. Once again, the ongoing infill and stepout drilling continues to deliver impressive grades of copper, and we are excited to see the impact these will have on the current resource update expected in Q1 next year. We look forward to the next round of drilling results before year end.”

The RedStar Zone is located approximately 330 m north-northwest of the Empire pit constrained resource area within the Empire patented claim boundary.  This boundary is contiguous with the Horseshoe Block to the north and west. The RedStar Zone was discovered during field mapping and reconnaissance of the northern patented claim boundary and adjacent Horseshoe Block.  Channel samples were collected from the RedStar outcrop itself and results reported by the ExGen on November 8, 2018. Three reverse circulation (“RC”) drill holes targeting the area at depth were completed and assay results are presented below.  The presence of high-grade lead and silver is consistent with the mineralisation expected at the “top” of similar systems that have not been subject to significant erosion.  The RedStar Zone and the Horseshoe Block appear to be in a down-dropped block of material similar to the Empire Mine zone but it has resisted erosion due to the topography. In this scenario, copper mineralisation similar to that in the Empire Block may exist below the lead and silver system in the Horseshoe Block and RedStar Zone.

The Horseshoe Block comprises 944 acres of unpatented claims contiguous to the Empire property which were staked by Phoenix in 2017 and 2018. The historic Horseshoe Mine is located approximately 1,000 m north of RedStar and approximately 1,330 m north-northwest of the Empire’s North Pit.

Historical production from numerous adits and shafts in the Horseshoe Block, including the former Horseshoe Mine, Blue Bird Mine, and White Knob Mine, was predominantly from skarnified limestone in contact with porphyritic intrusive bodies. Documented production was predominantly high-grade silver, lead, and zinc occurring as galena and sphalerite.  The White Knob and Blue Bird Mines produced in excess of 12 million pounds of lead and 300,000 oz of silver prior to WWII with reported average grades of 10 oz per tonne (“oz/t”) of silver and 17% lead. (Source: Nelson, W. H., And Ross, C. P., 1968, Geology Of Part Of The Alder Creek Mining District, Custer County, Idaho: USGS Bulletin 1252-A, 30 P.) Grades at the Horseshoe Mine are reported as 20% lead and over 100 oz of silver per tonne. (Source: Mitchell, Victoria E., 1997, History of Selected Mines in the Alder Creek District, Custer County, Idaho, Idaho Geological Survey.)

Phoenix has now completed a total of 8,604 m of drilling at Empire, consisting of 6,328 m of RC drilling and 2276 m of diamond drilling. All drill samples have been delivered to the ALS Global laboratory in Nevada for assay. The drill hole results received to date from diamond drill holes KXD18-20 through to KXD18-26 and RC holes KX18-53 through to KX18-57 are shown below. The results from the Phoenix drilling program in 2017 and the 2018 results for 47 RC holes and 13 diamond drill holes, published in September, October, and November can be found under the Company’s filings on the SEDAR web site at http://www.sedar.com/

There are currently seven RC holes awaiting assay results which should be received later this month and will be reported as soon as possible. The samples are at the ALS assay laboratory in Nevada. These results will be announced following the receipt of assay certificates and QA/QC sign-off.

Click here to connect with ExGen Resources (TSXV:EXG,OTCMKT:BXXRF) for an Investor Presentation.