2011 has been stormy for South African platinum miners and they may not be in the clear yet. 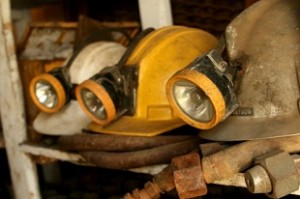 Platinum supply is expected to grow by 6 percent in 2011, reaching 6.4 million ounces according to Johnson Matthey (JM).Yet, in its Interim Review released yesterday, JM stated that most of that growth will come from sources other than South Africa.

Though the platinum supply giant is expected to be good for 4.78 million ounces this year–a 3 percent increase– the South Africa’s miners are in a bind and how they maneuver their way through should be of interest to investors.

JM revealed that a significant amount of the South African platinum supply during the first half of 2011 came from producers drawing from pipeline materials and refined stocks. For example, Anglo American Platinum (JNB:AMS), refined 1.17 million ounces, largely possible because the company had accumulated metal during furnace maintenance last year.

Many platinum mines actually experienced production declines in the first half of 2011. These reductions are blamed in large part on disruptions caused by increasingly troublesome and costly labor disputes.

Workers have demanded higher wages, living allowances and other benefits such as family healthcare. Some workers not only disrupt operations, but also become forces of destruction.

Escalating production costs are an issue in which labor is a hefty factor. Despite the expenses of illegal strikes, which include lost production, repairs to damaged property and safety audits thereafter, platinum miners tend to give into to demands for more money.

Also tapping budgets are costs associated with Section 54, a regulation requiring the shut down of all or part of a mine when there is a fatality or certain risks and also requiring an investigation before operations resume.

Impala Platinum (OTC PINK:IMPUY) reported that in 2011 a total of 58 section 54 stoppages resulted in the loss of approximately 158 days of production in Rustenburg and 17 days of production at Marula. This, the company said, translates into a loss of about 17,000 ounces.

Additionally, budget must provide for sharp spikes in energy prices, which have risen at about 25 percent annually for the past four years.

Production costs for one ounce of platinum group metals is now approximately $800 compared to about $300 in 2003 reported Erica Rannestad, an analyst for CPM Group.

Not only are these prices taking the much needed option of expansion projects off the table for most miners, they are also pressing miners to develop strategies to cope with the environment they’re in. There are even speculations that some may have to cut production or perhaps even pull the plug on operations altogether.

Anglo American Platinum has opted to adapt by way of low-grade mining. Until there is greater incentive to put cash into deep-shaft projects in Rustenberg, the company will exploit its abundance of near-surface UG2 platinum.

Lonmin also chose to go low-grade in the first half of the year. According to JM this resulted in the Marikana operation milling 8 percent more ore but yielding only 3 percent more platinum.

Recent exchange rates have benefited platinum miners as the dollar strengthened against the rand.

According to Anne-Laure Tremblay, precious-metals strategist with BNP Paribas, on July 6, platinum was $1,743 an ounce and the exchange rate was 6.7 rand to the dollar, so miners were receiving about 11,700 rand per ounce. In October, when platinum was around $1,500 the exchange rate was near 8 rand to the dollar allowing miners to rake in around 12,000 rand an ounce despite  the price decline.

Since miners pay wages and other expenses mostly in rand, this helps. But, exchange rates like metal prices are not constant. And without price increases RBC Capital Markets estimates that as much as 40 percent of the industry will be experiencing negative cash flows by year end when ongoing capital expenditure is factored in.

Nonetheless, according to JM there is potential for modest supply increases from South Africa’s platinum miners in 2012.

I, Michelle Smith, do not hold any equity interests in any of the companies mentioned in this article.