Johnson Matthey said in its Platinum 2013 Interim Review that platinum looks set to record a 605,000-ounce deficit this year. 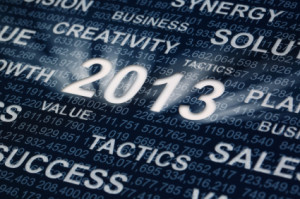 The results of Johnson Matthey’s (LSE:JMAT) Platinum 2013 Interim Review are in, and the news looks promising for platinum. If the firm is to be believed, this year the precious metal will record a 605,000-ounce deficit, its largest since 1999. That’s nearly double last year’s deficit of 340,000 ounces.

Here’s a look at the key points covered in Johnson Matthey’s report, including supply and demand figures, as well as the firm’s price outlook for the coming months.

Johnson Matthey predicts that gross demand for platinum will hit a record of 8.42 million ounces in 2013, largely due to “a strong recovery in sales to industrial users and unprecedented offtake by investors.”

Specifically, the firm forecasts that industrial demand for platinum will rise by 12 percent this year, hitting 1.79 million ounces. The “unprecedented offtake by investors” refers to demand spurred by a new rand-denominated exchange-traded fund. Between its launch in April and the end of September, it accumulated 660,000 ounces of metal, benefiting from “considerable pent-up demand” from South African investors who are subject to limits on overseas investments. By the end of the year, Johnson Matthey expects total physical investment demand to reach 765,000 ounces.

Demand from those two sources should “more than compensate” for lower purchasing from the autocatalyst and jewelry sectors, where buying is set to decline to 3.13 million and 2.74 million ounces, respectively.

As platinum demand approaches a new high, Johnson Matthey expects 2013 supply for the metal to increase only slightly, rising to 5.74 million ounces due to “higher production in Zimbabwe.” The firm anticipates that the country will produce a record 400,000 ounces of platinum — and possibly more — as a result of a ramp up at Zimplats Holdings’ (ASX:ZIM) Phase 2 expansion.

Other significant platinum producers include:

The ramp up at First Quantum Minerals’ (TSX:FM,LSE:FQM) Finland-based Kevitsa mine will also contribute to platinum production, while recycling is expected to yield 2.075 million ounces of the metal.

In terms of pricing, platinum has had a bit of a bumpy ride thus far this year. It hit its peak 2013 price of $1,730 per ounce in February, but after that, investor interest went on the decline “as expectations of disruption began to dim.” Platinum hit $1,323, its low point for the year, in June, spurred lower by weakness in the European car market as well as gold‘s big drop in April.

Currently, supply concerns, as well as the strong investor demand mentioned above, have pushed platinum up, allowing it to close September at $1,422 per ounce. Johnson Matthey believes the metal will trade in a range of $1,360 to $1,580 per ounce over the next six months, Reuters said.

Johnson Matthey announced in May that it would be discontinuing its market reviews at the end of 2013; accordingly, the Platinum 2013 Interim Review will be its final platinum review. In the future, the firm plans to make its market data available exclusively to its “customers and contributors to [its] research efforts.”

Zimbabwe: Mine Nationalization or Seizure?